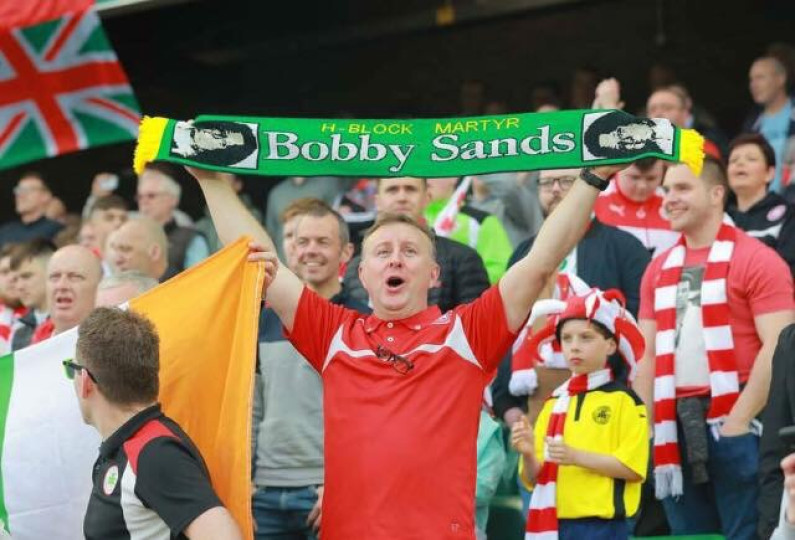 The IFA have been sent a complaint in relation to the sectarian actions of Cliftonville FC players, management and supporters during the Irish Cup Final.

It is hoped that the IFA will unilaterally initiate proceedings against Cliftonville FC.

I write to draw your attention to the Irish Football Association disciplinary code.

I do this in the context of the actions of Cliftonville FC players, management and supporters who engaged in a plethora of provocative, sectarian and offensive behaviour during the Irish Cup Final on 5 May 2018.

Article 27.1 of the code makes clear that any discriminatory behaviour that offends the dignity of another is punishable. I, and many other British citizens, have been grossly offended by the sectarian actions of Cliftonville FC.

Further than this Article 27.5 also applies to Cliftonville FC supporters who engaged in hurling vile abuse, jeering and booing during the National anthem. This sectarian behaviour is clearly offensive to a great many people.

The actions of the Cliftonville players could have provoked mass disruption, if not for the restraint and dignity displayed by those British citizens present in the stadium, many of who were understandably grossly offended.

I also attach a picture of a Cliftonville FC supporter holding a scarf glorifying convicted sectarian IRA terrorist Bobby Sands. This sectarian behaviour is surely unacceptable in local football and it would be somewhat surprising if the IFA refuse to take robust action to these kind of pro-terror displays.

I would urge that the IFA are not cowed out of taking appropriate action by the predictable ‘victim narrative’ likely to be perpetuated by Cliftonville FC and their political representatives in Sinn Fein.

It should be remembered that Cliftonville made this issue contentious, then provoked the crowd with disgraceful, provocative and sectarian actions.

I look forward to the IFA taking appropriate action.