Unionist Voice editor Jamie Bryson has spoken exclusively to Rangers legend Nacho Novo. The Ibrox hero tells Unionist Voice about the sectarian abuse at Belfast International Airport, why he believes Steven Gerrard will be a Rangers legend and his disappointment at being knocked back for the Glentoran job 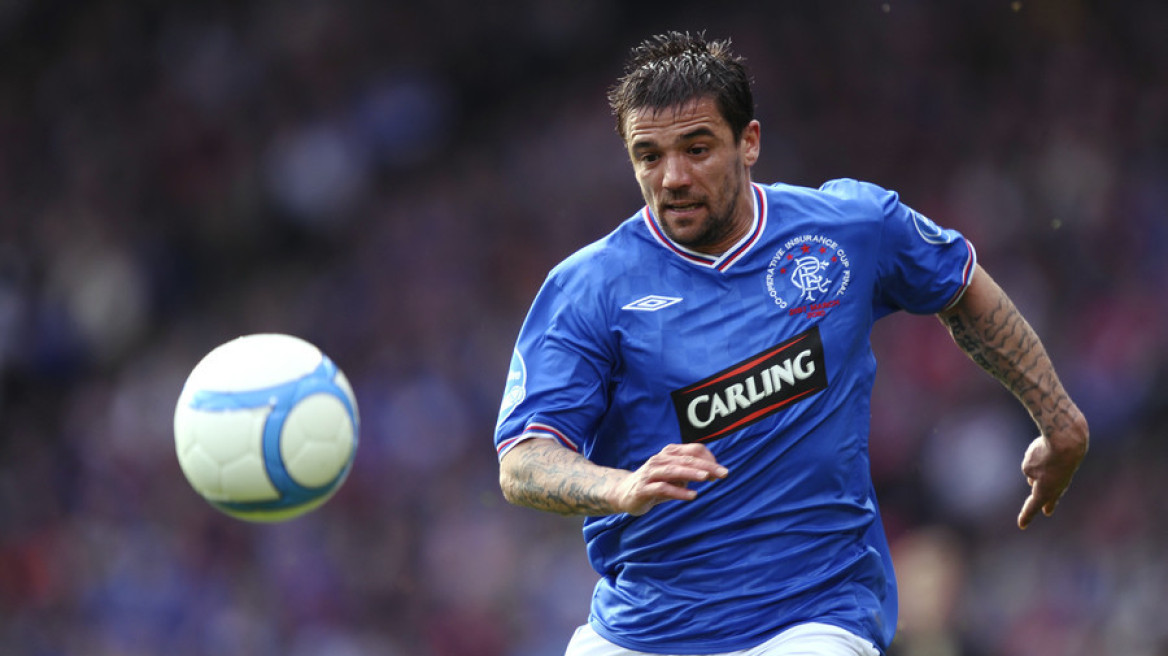 Nacho Novo was recently the victim of a tirade of threatening abuse as he arrived at Belfast International Airport, the incident was recorded by the perpetrator himself, Daire Smyth from Downpatrick, and published online. I started by asking the Rangers legend how he felt about the incident.

“A disgrace. It is hard to take when these things happen, however I am well used to it as it has happened to me so many times. He is not a sensible person, but I won’t let anyone disrespect me. There has been a lot of coverage over incidents involving Neil Lennon, maybe not so much when it happens to a current or former Rangers player.”

He continued “I met Neil Lennon a few times at charity events and other things, and he is fine, a nice person. No player or manager whether Rangers or Celtic should be subjected to abuse and threats.”

Prior to the incident a number of Celtic fans posed for photos with the Ibrox legend, these are genuine football fans with whom he enjoys the banter. On them he said “they were nice boys, proper football supporters. I had banter with them and they had banter back, it wasn’t nasty or threatening.”

In Monday’s Belfast Telegraph Smyth offered a half-hearted apology for the incident, however Novo has rejected this saying “I don’t accept his so-called apology. He has only given it because of the bad attention he brought on himself. He is sorry about the negative press he brought onto himself, not sorry for what he done.”

Nacho continued “he wanted a reaction, he was acting a big man in front of mates and trying to look tough on the internet. He was never going to get a reaction from me because he isn’t a sensible person, but at the same time I am not going to run away from anyone, especially a bully like this man. He doesn’t scare me.”

The purpose of the trip was to visit East Belfast Football Club’s growing youth development set up, and the ex-professional had nothing but praise for the club. He said “They are doing a great job, I was really pleased to attend. It is amazing what they have done with the young kids, they do not get enough credit for this. I know many people in East Belfast and I know they have spent a lot of time with the kids trying to build them up and set them on a path to professional football, but most importantly they are taking the kids of the streets.”

He also had a word of praise for local football talent saying “there is lots of great football talent in Northern Ireland. It is how they are coached that matters and I think a lot of that talent could go far in professional football with the right coaching.”

Nacho Novo makes no secret of his love for Glasgow Rangers, he describes it as simply “the best club in the world”. He thinks the glory days will soon return to Ibrox under Steven Gerrard, and he lavished praised upon the Liverpool legend.

“I think he will be a phenomenal manager. I spoke to Stevie earlier in the week. He is a quiet lad and he knows it is going to go slowly, success won’t come overnight. But Steven Gerrard is a winner, and that is what I like about him. He is absolutely a winner and nothing else will do. He is a legend as a footballer player and I have no doubt he will be a legend as a manager at Rangers.”

After many years living the dream as a Rangers player, Novo admitted he finds it difficult to replace those magical moments. When asked to highlight one, he says there are too many to mention, but specifically talks about the UEFA Cup semi final and Scottish Cup Final. You can sense this is a man who continues to pine for involvement at the highest level of the game.

“It is difficult to replace the buzz of being a professional player, I feel very low now. Football was my life, and especially after my heart attack it is more difficult. Football is all I know and am going to try and keep playing in some way. I am a winner, and I want to win, and I will always push myself too hard, so I have to be careful with my health. I miss it, it was the greatest time of my life playing for the greatest football club in the world.”

Whilst he claims his days as a professional player are most likely over, he does not rule out a managerial or coaching role. He twice applied for the Glentoran job but was rejected on both occassions. He doesn’t feel he was treated well by the board of the club.

He told Unionist Voice “I applied two times for Glentoran but wasn’t successful. They weren’t professional in how they treated me I believe. I believe it is a great club and that a professional ex player would have delivered success to the club. They didn’t treat me well when I applied for the job.”

Despite the set-back, the Ibrox legend remains upbeat and positive about the future.

“I will keep looking for avenues into the game that I love. I will always be a Rangers man and I will always love the club. It is the greatest football club in the world.”