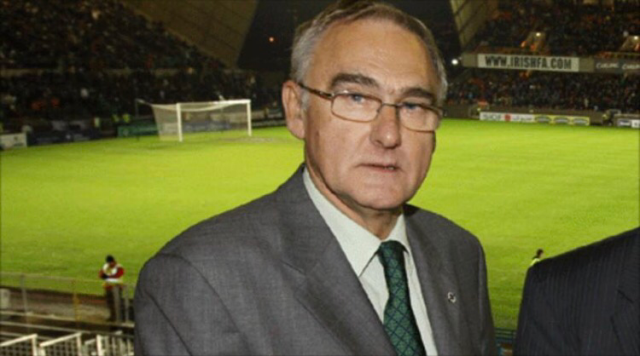 The news comes after months of mounting questions for the league. Clubs have raised concerns around the financial management of not only the NAFL, but also the IFA, under President and NAFL treasurer Mr David Martin.

These questions took on fresh impetus when former IFA Chief Executive Howard Wells made astonishing revelations in relation to his time at the association.

It was recently revealed on this site that Mr David Martin was making substantial profits from contracts with the IFA to supply medals and trophies for the organisation- of which he is president.

It is understood that in relation to one tender in recent years Mr Martin was able to access the commercially sensitive information relating to the bids competitors had submitted to the IFA for the contract. Using this information from inside the organisation of which he is now President, Mr Martin waited until the last moment before undercutting them all with a bid from his own company.

Mr Martin also provides County medals for all the Northern Ireland based teams at the SuperCup and this yields another substantial profit for his private company.

At recent NAFL meetings sources have revealed that the ‘top table’ rallied to the defence of their stewardship of the organisation, but failed to answer any questions relating to financial management or indeed how much the league has paid to IFA President Mr David Martin for medals and trophies.

The management committee further failed to reveal whether Mr Martin, as treasurer of the NAFL, was writing cheques to himself as payment for the aforementioned trophies and medals.

A recent meeting was told that the management committee were “unhappy” about the questions being raised and that they “must stop”.

A small number of clubs, who are closely linked to both Mr Pateman and Mr Martin, stood in their defence.

Before questions ‘stop’, it is imperative for the NAFL provide a hard copy of the organisations accounts to their member clubs and answers a number of very simple questions;

1) How much money has the NAFL paid Mr David Martin, the IFA President, in the past 5 seasons for trophies and medals?

2) Does Mr Martin, in his role as treasurer, write cheques either directly to himself or to the company of which he is a director?

3) If any payments to Mr Martin have been made, who approved these payments?