The DUP promised to deliver consequences for the continued imposition of the Protocol. There is no longer a credible argument to justify the inaction. It is time to deliver on the promises to retaliate. 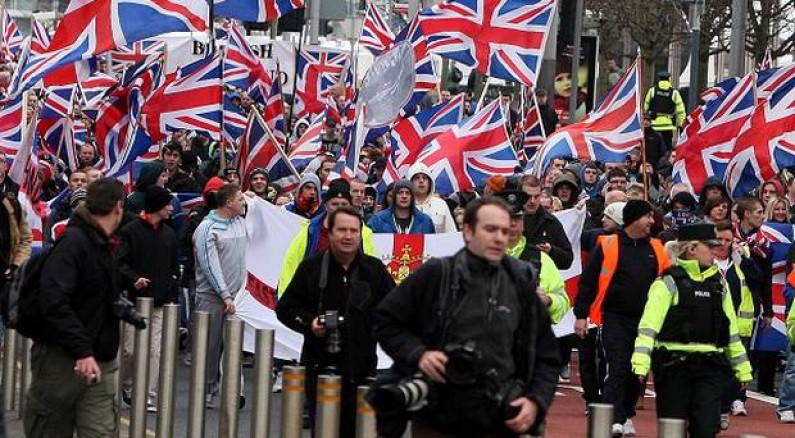 There is simply no credible analysis which can provide a cogent justification for continued unionist support for the Belfast Agreement, or the institutions flowing from it. It is trite to point out, evidenced by the recent ‘constitutional statement’ by PUP leader Billy Hutchinson, that even those who campaigned in favour of the Agreement now see it as having been a deceptive snare.

The implied repeal of the Acts of Union, the handing of law-making powers to a foreign body and the subjugation of Northern Ireland under the jurisdiction of the foreign European Court of Justice is the very epitome of constitutional change.

It is of far greater consequence than the consultative Anglo-Irish Agreement (pernicious as that nevertheless was), and yet the imposition of the Protocol does not trigger the constitutional protections supposedly embodied within the principle of consent so trumpeted as a success by supporters of the Belfast Agreement.

It seems therefore obvious to point out that given the core fundamental selling point of the Belfast Agreement for pro-agreement unionism was the principle of consent, the revelation that such a mechanism is purely symbolic and in fact does not protect the substance of Union, should be enough to alert even those- such as the UUP- with Belfast Agreement stockholme syndrome to the constitutionally corrosive nature of the 1998 Agreement.

Not so, the UUP opposition (I put that mildly) to the Protocol finds itself arguing for the Protocol to be further implemented by a North-South body. It seems an incredible proposition that the Unionist response to the demolition of East-West should be not only to acquiescence to continuing North-South arrangements, but rather an enhancement of such cross-border bodies. Worse still, the purpose of the UUP’s suggested enhancement of North-South is to implement the Protocol, which is fundamentally designed to subjugate Northern Ireland within an economic United Ireland.

The DUP’s position, namely that it is the Protocol or the institutions, is right in principle. In keeping with the ‘substance’ rather than ‘symbolism’ analogy, this must however amount to more than words or making noise for negotiations sake. The DUP must demonstrate that there is real, meaningful and substantive political resistance to the Union-dismantling Protocol.

It is hard to reconcile the DUP’s purported opposition to the Protocol with their continued implementation of same. Likewise, it is difficult to see how there is even an arguable case for the continued inaction on the part of the largest unionist party. The logic is very simple; if implementing the Protocol damages the Union, and the DUP accept it does, then the continued sustaining of the institutions implementing it is corrosive to the Union. That is an untenable position for any self-respecting Unionist.

The absence of genuine political resistance leaves a vacuum, and in Northern Ireland political vacuums create a tinderbox on the streets. That is something every right thinking person wants to avoid. It is however becoming increasingly prevalent across loyalist communities to hear people saying “well the threat of IRA violence was good enough to prevent a land border, why should the same tactic not be deployed in relation to the Sea border?”

That is the unwelcome powder-keg precedent set by the Protocol- which practically all of unionism believes was a reward for threats of violence-, and it is therefore incumbent upon all those of us who value peace and stability to demonstrate that political and legal activism is the means by which the Protocol wrong can be righted.

Next week (30th November) the legal challenge to the Protocol, led by Northern Ireland’s former Attorney General John Larkin QC ably assisted by Denis Kiley BL, comes before the Court of Appeal. The case is to be heard by the Lady Chief Justice, Lord Justice Treacy and Lord Justice McCloskey.

Whichever way the outcome goes, it is almost inevitable the Court of Appeal is merely a gateway along the road to the ultimate showdown in the United Kingdom Supreme Court. A loose analogy can be drawn with an equally titanic constitutional showdown in America in Bush v Gore.

James Baker, who led the strategic response for George W Bush, at the very outset determined that the Bush campaign needed to “find a way to get out of the State courts and into Federal Court”, and ultimately to plot a path to the Supreme Court. In similar terms, few unionists ever held out much hope of success in Northern Ireland’s Courts; the eyes have always been on the real battle in the UK Supreme Court.

Incredibly in this litigation the Government are arguing for the Protocol; the very same Protocol they have themselves accepted is unworkable and unsustainable. There really ought to be more mainstream media scrutiny on the Government’s efforts to face both ways on this issue.

The UUP have been clear that they will happily shepherd the ‘process’, and the Protocol, all the way to a United Ireland.  There is no humiliation for Unionism that the UUP will refuse to endure as part of their bizarre infatuation with the Belfast Agreement. At least we know where they stand.

Conversely the DUP have promised consequences in response to the continued imposition of the Union-dismantling Protocol. There is no longer any reasonable defence for failing to follow through. The Government has had long enough; it is time to bring this matter to a head.

If the DUP, on behalf of Unionism, fail to deliver retaliation for the efforts to subjugate us within an economic United Ireland, then this will prove to have been the greatest act of constitutional self-harm at in point within Northern Ireland’s 100 years.