The Labour Shadow Secretary of State Louise Haigh faithfully implemented the 'principle of Nationalist interpretation' when it comes to the Belfast Agreement. The latest misinformed pronouncement finds no expression in either the text of the Agreement itself or the Northern Ireland Act 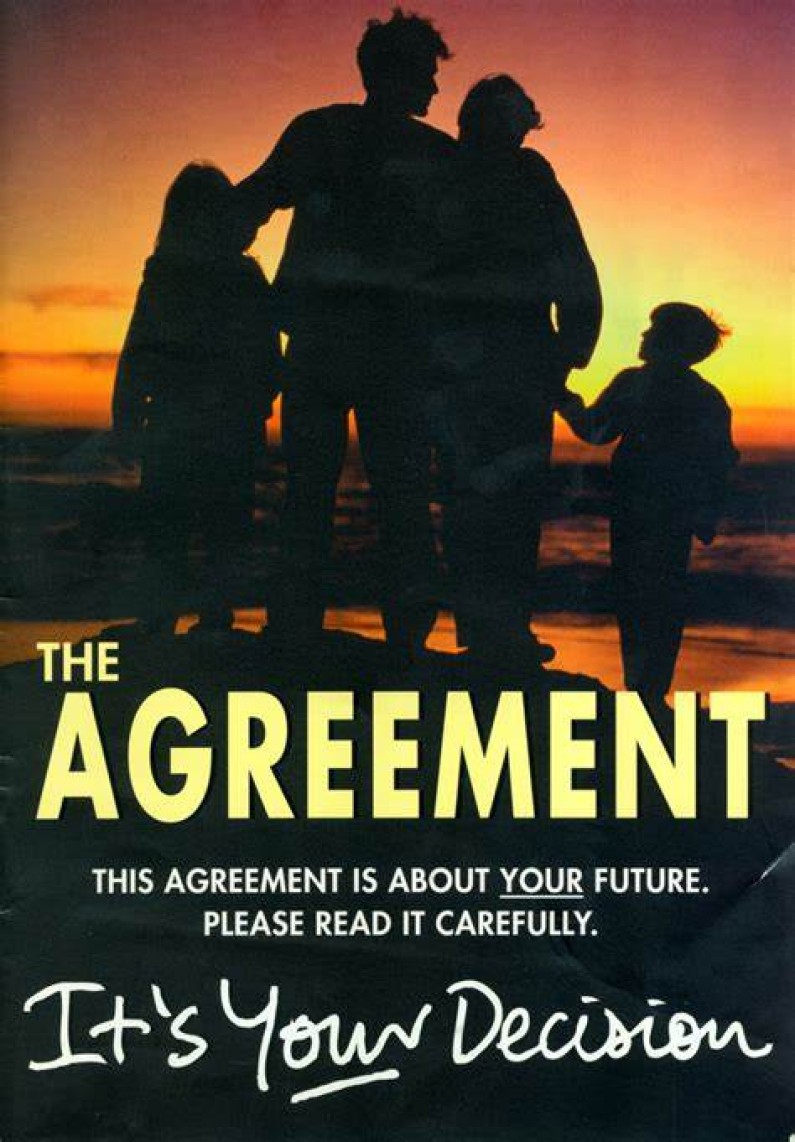 The principle of nationalist interpretation- referred to more commonly as the ‘spirit’ of the Belfast Agreement- has two limbs. Firstly, every constructive ambiguity must be resolved in favour of nationalists, and secondly if the overriding objective (the progression of the ‘process’ of dismantling the Union) requires it, then exceptions or new clauses must either by implication be read into the 1998 Agreement, or expressly inserted into the 1998 Act without unionist consent.

That is why when it comes to the Protocol, an exception has been not only been read into the sacred principle of cross community consent on key decisions, but actually expressly inserted. It was necessary to impose the Protocol, and thus advance nationalism’s objective of an economic United Ireland, that a unionist veto over this key staging post be nullified. So, it was necessary to amend the Northern Ireland Act 1998 to insert the exception (see s56A and Schedule 6A) whereby cross community consent does not apply to the Protocol.

It has also been read into the Agreement that there is a requirement for parity between Britishness and Irishness in Northern Ireland. Effectively that the ‘protection of the Belfast Agreement’ requires that Northern Ireland’s sovereign status must be hidden away. This finds no expression either in the text of the Agreement or the 1998 Act, but nevertheless this has been read in.

So too has the principle of nationalist interpretation been read into the principle of consent within section 1 (1) of the Northern Ireland Act 1998. As illuminated by the Protocol, the protections for the constitutional status of Northern Ireland as part of the Union only apply to the symbolism of same. In short, you can repeal the very foundation of the Union itself, hand law-making powers to a foreign legislature and subjugate NI under the jackboot of the European Court of Justice without triggering the principle of consent. In short, you can change everything but the last thing.

And now the Shadow Secretary of State has faithfully applied the principle of nationalist interpretation to a border poll. Inserting a requirement that isn’t there, Louise Haigh has pronounced the UK Government (and UK parties) must be “neutral” in any border poll.

The Labour MP informed us this was a key principle of the Belfast Agreement and of ‘peace’. Leaving aside the absurdity- bordering on sheer stupidity- of suggesting that peace required the Government to be neutral on the very future of the country itself, the reference to the Belfast Agreement is simply fundamentally wrong not only in relation to the text of the Agreement itself, but also in relation to the Agreement’s status in domestic law.

Ms Haigh also informed us the Government must have “no selfish or strategic interest in Northern Ireland”. This was quoted as a golden principle. This finds no expression anywhere either in the Belfast Agreement or Northern Ireland Act. It in fact instead relies upon a Conservative party Secretary of State speech in 1990 (a strange Labour approach). Of course, quite rightly, the Conservative Party has already repeatedly disavowed this ridiculous utterance by making clear they will never be neutral on the Union.

Leaving aside everything else, even if nationalism and the fifth columnists in the likes of the Labour party were correct on their interpretation of the Belfast Agreement (which, for the avoidance of doubt, they are not) it wouldn’t amount to a hill of beans.

As succinctly stated by Scoffield J in Caoimhe Ni Chuinneagain’s Application [2021] NIQB 73: “it is a matter of

well-established law that the Belfast Agreement (or the British-Irish Agreement), as an international agreement, is not enforceable as a matter of domestic law, unless

To spell this basic principle out; the Belfast Agreement is not worth the paper it is written on as a matter of domestic law. The only instrument that matters in the Northern Ireland Act 1998. That statute does not translate the waffle within Article 1 paragraph (ii) of the British-Irish Agreement into domestic law. In fact, it points entirely the opposite direction.

Schedule 1 requires only the following:

1 The Secretary of State may by order direct the holding of a poll for the purposes of section 1 on a date specified in the order.

2 Subject to paragraph 3, the Secretary of State shall exercise the power under paragraph 1 if at any time it appears likely to him that a majority of those voting would express a wish that Northern Ireland should cease to be part of the United Kingdom and form part of a united Ireland.

The 1998 Act does not even impose the requirements to the extent of Article 1 paragraph (ii) in relation to impartiality in the implementation of the poll, never mind going further and imposing ‘neutrality’.

And turning to Article 1 paragraph (ii)- this is what it actually says:

(ii) recognise that it is for the people of the island of Ireland alone, by agreement between the two parts respectively and without external impediment, to exercise their right of self-determination on the basis of consent, freely and concurrently given, North and South, to bring about a united Ireland, if that is their wish, accepting that this right must be achieved and exercised with and subject to the agreement and consent of a majority of the people of Northern Ireland;

It is patently obvious that this requires no more than the border poll being conducted fairly with the vote requiring a referendum in the Irish Republic and in Northern Ireland. For example, an ‘external impediment’ would be asking England, Scotland and Wales to vote along with Northern Ireland (leaving aside, this is precisely what should happen- it was always an absurdity to leave the future of the country up to one small part of same).

There is also an unrelated requirement in Article 1 (v) for whichever Government exercising jurisdiction over Northern Ireland to exercise the power with “rigorous impartiality”. This means no more than it says, the power must be exercised fairly. It doesn’t require political neutrality.  In short, you could not, for example, use the power of the Government to prevent all those who identify as nationalists from voting, or to confer social security benefits only on those from a Protestant background. That would be failing to exercise “rigorous impartiality”.

This requirement plainly does not stretch to requiring the Government to be neutral on the very future of the country. That would beyond absurd and defy the most basic logic. Then again, we are all to suspend logic when it comes to the principle of nationalist interpretation.