The PUP leader Billy Hutchinson today published a coherent and significant constitutional contribution. It is immediately misrepresented by BBC TalkBack, which will come as no surprise to any Unionist. 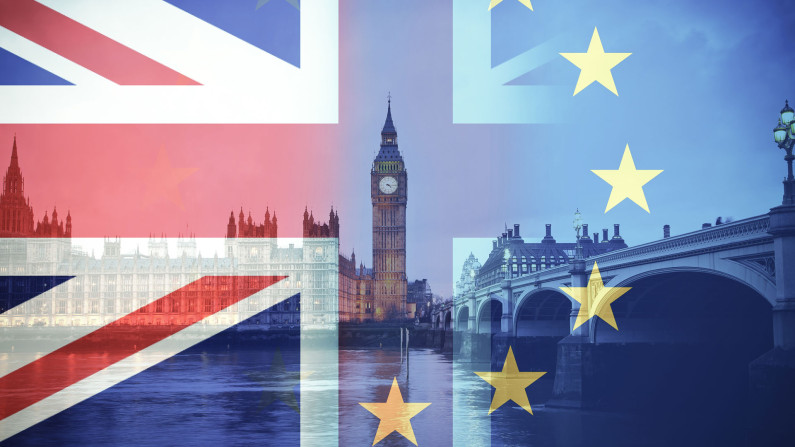 Today’s statement by PUP leader Billy Hutchinson is a significant constitutional contribution. During an interview with BBC Talkback (generally referred to as ‘TalkNationalist by the loyalist community) the presenter William Crawley sought to twist and misrepresent the content of the statement.

Firstly, Mr Crawley appears to entirely misunderstand Billy Hutchinson’s point on the substance of the principle of consent in relation to the Union. He bizarrely suggests that there has been no constitutional change to the status of Northern Ireland.

This is quite simply wrong. The High Court has found that Article VI of the Acts of Union, which is the Union as a legal construct, has been repealed. How on earth is repealing the core constitutional statute anything other than constitutional change?

It is trite to point out that law making powers, and legal jurisdiction over this part of the United Kindgom, has been sub-contracted to foreign law makers, and the European Court of Justice respectively. If that isn’t constitutional change, then the logic is that law making powers could equally be handed over to Dublin, and the Irish Supreme Court made supreme over parts of NI, and nor would that be constitutional change. Reductio ad Absurdum.

The second instance in which Mr Crawley fell into error was in a line of questioning which equated consent vis-à-vis Northern Ireland’s position as part of the United Kingdom, with consent for the United Kingdom leaving the European Union. This line- pushed by nationalism- is fundamentally and demonstrably flawed. It seeks to equate two entirely different constructs.

And this then dovetails into the third misdirection by Mr Crawley who as part of pushing the EU and nationalist agenda has repeatedly put it to unionists that Parliament voted for the Protocol, so all is good and there is no issue and there has been no breach of the principle of consent.

That simply is wrong in the first instance for reasons already set out, but moreover for this reason: when agreeing the Belfast Agreement, unionists would also have been aware that the Acts of Union, a foundational constitutional statute, operated to protect the substance of Northern Ireland’s place within the United Kingdom. That was taken as a basic. The principle of consent was a lock on the substance of the Union.

Parliament could have, if it so wished, expressly cured that illegality (and it would require it to be done expressly as it is a basic principle of interpretation that Parliament is taken to be acting pursuant to the principle of legality). In short, if Parliament wanted to absolve the Executive of an unlawful use of the prerogative power, they would have to do so clearly and unambiguously. They did not do so.

This point will be litigated before the Court of Appeal and thereafter undoubtedly the Supreme Court. It is a gaping hole in the first instance decision and the flimsy claim that s7A of the 2018 Act cured the illegality is, well, thin to say the least.

Billy Hutchinson convincingly set out a strategy to address these issues within his policy statement. He has drawn together many years of unionist fears and concerns and weaved them into an edifice.

It is unsurprising that those hostile to unionism would seek to attack the concept set forth by the PUP leader, because they know full well that therein lies a light which shines a torch on the real objective of the contrived process conjured via the ‘principle of nationalist interpretation’ which attaches to the Belfast Agreement. What it really means is that every constructive ambiguity must be resolved in favour of nationalism, and this is then cloaked under a vague concept of the ‘spirit’ of the Belfast Agreement.

Anyone listening to TalkBack will also not have failed to recongise the contrast between the treatment of Mr Hutchinson and that of Matthew O’Toole of the SDLP. Mr Crawley omitted to remind the SDLP they had threatened- via their MP Claire Hanna- “civil disobedience…at a minimum” if nationalism didn’t get their own way over Brexit.

It is true to say the ultimate import of Mr Hutchinson’s statement would unravel the direction the Agreement has taken in the past two decades, but that is no bad thing. If, as Sir Jeffrey Donaldson says, the “wheels are coming over the process”, then given the process is designed to incrementally dismantle the Union, this can only be positive news for Unionism.

There will be those in anti-agreement unionism (and I am proud ideological anti agreement unionist) who will try to adopt a “we told you so” approach to the PUP. That is incredibly short sighted. If we adopt a football analogy, if one of the star players from a traditionally opposing team (or in this case viewpoint) transfers to your team, do you (a) welcome him to the stadium or (b) boo and jeer him?

Whatever about William Crawleys’ (pro nationalist and pro EU) agenda driven Orwellian two minutes (or in today’s case twenty-five minutes) hate directed towards Billy Hutchinson, they can not kill the idea and concept that is set forward in Mr Hutchinson’s contribution.

That is the real source of the anger from the fanatical pro nationalist and pro EU self-appointed elite; they know their precious process is being derailed, and thus their political objective is skidding off the tracks with it.

They are happy for loyalism to rant and rave and express the odd concern, not so happy when that translates- as with the today’s PUP paper- into a coherent blueprint for impeding the one sided process.