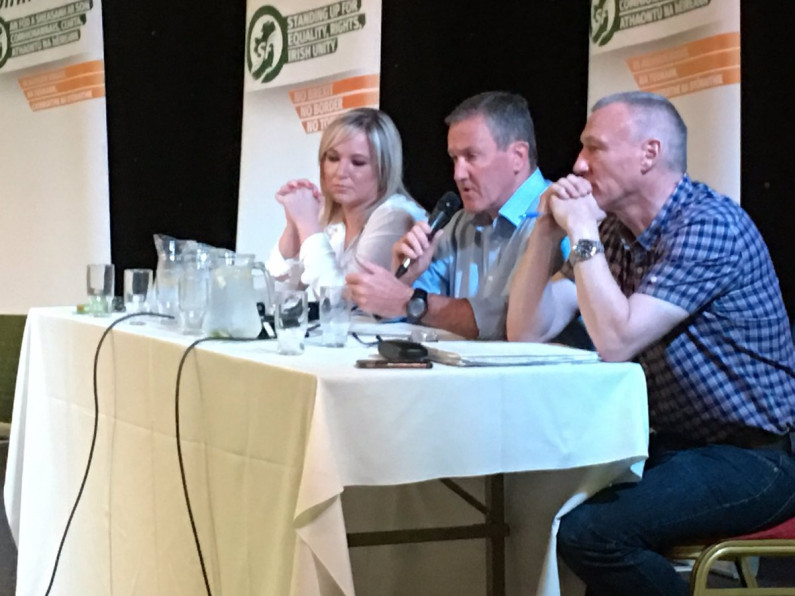 Sinn Fein this week held a meeting with the PSNI Chief Constable, in which they claimed to have raised the issue of the activities of loyalist organisations. Many Unionist’s will view this as the height of hypocrisy given Sinn Fein’s inextricable links to the still active IRA Army Council. Unionist Voice has carried out an investigation into the continuing links between the IRA and Sinn Fein.

In 2015 a Government report into the status of illegal organisations stated that MI5 and Police intelligence believe that the IRA Army Council “oversees both PIRA and Sinn Fein with an overarching strategy“. This report makes abundantly clear that Sinn Fein continues to be controlled by the IRA Army Council, which the independent report revealed still had access to illegal weapons.

The report flowed from the IRA murder of their former hitman Kevin McGuigan. He was gunned down in the Short Strand area of Belfast in retaliation for the murder of IRA Belfast Brigade Commander Gerard “Jock” Davidson. The murder was authorised by senior IRA Army Council ‘hawk’ Brian Gillen with the knowledge of former Sinn Fein Northern Ireland Chairperson Bobby Storey and Ardoyne republican Eddie Copeland.

Jock Davidson had been stood down from the IRA for a period of time as part of Sinn Fein’s cover-up in relation to the 2005 murder of family man Robert McCartney in Belfast. Sinn Fein members, including current Belfast City Councillor Deirdre Hargey, were present in the bar on the evening of the gruesome attack on Mr McCartney.

Councillor Hargey has never provided a statement to the PSNI in relation to the events of 31 January 2005. It is understood Sinn Fein did not raise the issue of many of their prominent members withholding information in relation to the murder of Mr McCartney during this week’s meeting with the PSNI.

Lynch also carried out the IRA ceremony at the funeral of Martin McGuinness, who received an IRA headstone. He is pictured here:

Sean ‘Spike’ Murray, who in recent years has been under PSNI investigation for IRA gunrunning during the ‘peace process’, remains a senior member of the IRA Army Council and acts as a link man between the Army Council and Sinn Fein. He is assisted in this role by South Armagh republican terror boss Sean ‘The Surgeon’ Hughes, who is pictured above standing alongside Sinn Fein TD Mary-Lou McDonald just behind IRA Chief of Staff Martin Lynch .

It is clear, even from a most basic glance, that the IRA Army Council- an illegal proscribed terrorist organisation- remain in existence and control the functions of Sinn Fein. This shines a light on the sheer hypocrisy of Sinn Fein when they virtue signal in relation to loyalism.