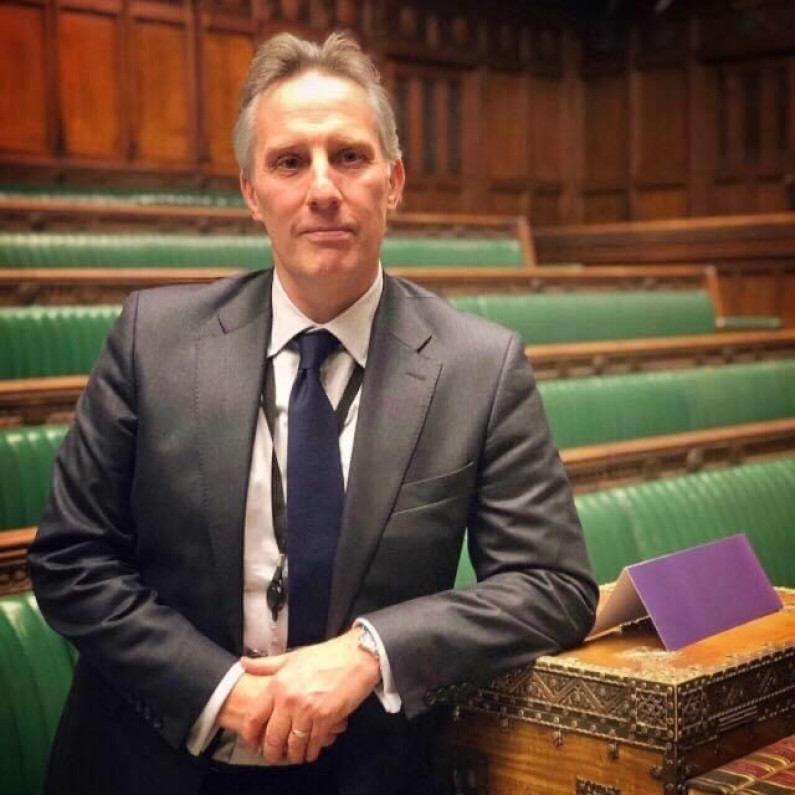 In an exclusive interview with Unionist Voice the North Antrim MP said: “Everyone I speak to, from all backgrounds, has voiced Protocol opposition to me daily. The only people clinging to the protocol are a media-set and a woke brigade because they think it gets one over on Unionism. They will not stop us from ensuring the failed Protocol is done away with.”

Mr Paisley said the Irish Government had a choice to make whether they wanted to be “friends or foes”, and set out the DUP’s plan for engagement with the loyalist community, recognising a sense of “detachment” and “frosty relations” had developed.

He has also warned the Unionist and Loyalist community “are hearing the message the Government only responds to the threat of nationalist violence and disruption”.

Speaking on the issue of building stronger relationships with the grassroots PUL community, Mr Paisley said:

“I define myself as a Loyalist, as a Unionist and of course as British. That is common ground between us all in our community. Its wrong to allow ourselves to be put into boxes and divided between loyalism and unionism.

In terms of how the DUP rebuild relationships with the grassroots Unionist and Loyalist community, the senior DUP figure set out an ambitious engagement plan being rolled out with the support of the new party leader. He said:

“There is a free and open space for us to freely talk amongst ourselves and harness all the talents that exist within our entire community. I accept there is a sense of detachment and frosty relations and I wish to heat them up.”

He continued “it is important for loyalism to know the leadership of the DUP is there to be talked to and be engaged with, and a willingness exists for that engagement to take place. There is an acknowledgement of a problem (of frosty relationships) and willingness to fix it, and we need to get all hands on deck to motivate our community to all work collectively together to save the union.”

Mr Paisley revealed that an outreach program had already commenced, led by himself and other senior party members. He said: “there has already been a direct outreach program being undertaken under the direction of the new leader, and there is a willingness to formalise that relationship between loyalism and the DUP leadership. We must maintain a momentum of ongoing engagement. There is consideration of a think tank to consider policy positions, which loyalism could play a role in; the leader is very keen to see that process formalised”

Mr Paisley was keen to reiterate the DUP- regardless of Sinn Fein attempts to prevent loyalist engagement- would exclude no one who genuinely wanted to engage to maintain and strengthen the Union. He dismissed the idea it was in any way surprising that people from a former paramilitary background would talk to elected representatives, saying “the country is well past the idea that there isn’t communication. There are formal constituted community groups who advocate those views, and if people have a desire to maintain and strengthen the Union we are happy to engage. Obviously any criminal activity is opposed and condemned.”

Addressing the threat to the Union posed by the Protocol, the son of the DUP founder, the Rev Ian Paisley, set out the DUP’s position on the Protocol, telling Unionist Voice “the new leader of the DUP on Marr on Sunday spelled the issues out on the Protocol. There was a predictable woke reaction from academics and republicans- purporting  as they always do to speak for business- saying Marr had it wrong.”

There has been talk recently of ‘amendments’ or ‘significant changes’ to the Protocol, however Mr Paisley was adamant that the Protocol had to be removed in its entirety saying “the Protocol is unsustainable. Why would you keep something that doesn’t work?  The only obvious way is for the British Government to take a stand as the Government of Northern Ireland, and say they are determining this is not working, and unilaterally deal with that reality under Article 16. “

As protests continue to grow across the country in opposition to the Protocol, Mr Paisley voiced his full support for the continuation of peaceful protests and stated “the protests have been very beneficial in focusing world attention on the Protocol”.

The North Antrim MP also revealed he had himself facilitated protests against the Protocol, “I have attended and facilitated peaceful protests. How could I do anything other than to voice support and to allow that frustration to be delivered in a peaceful and practical way. Our party emerged from protest to take power.”

“It is heartbreaking that the situation has been created that the Government only responds to the threat of violence or disruption. It was Varadkar running around Europe waving threats of IRA bombs on the border that brought us the Protocol. That was a deliberate threat of violence. We had Claire Hanna saying they wouldn’t be sucking it up and threatening civil disobedience at a minimum.”

The North Antrim MP continued “we have a situation where nationalists reach to the stone and petrol bomb first; I deplore and condemn that, but we must remember those who done this first have been rewarded. The Government must realise that unfortunately some in my community sees that message and doesn’t need to be told twice.”

*Any material lifted from www.UnionistVoice.com should be appropriately credited*