New Decade New Approach contained commitments to protect the UK internal market. That has clearly been shredded via by the imposition of the violence-rewarding Protocol. So why should Unionism countenance NDNA's envisaged Irish Language legislation? 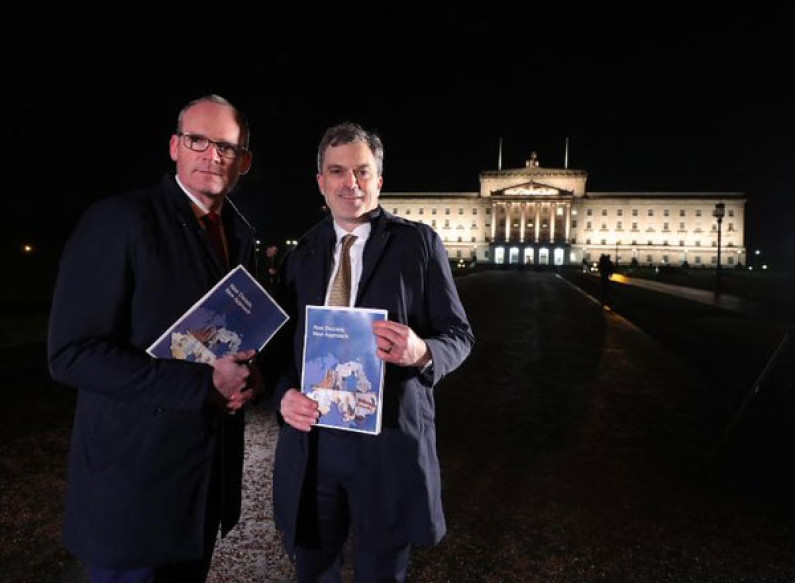 It is beyond dispute that New Decade New Approach (‘NDNA’) was an appalling capitulation to nationalist coercion. The proposals for Irish Language legislation undoubtedly amounts to an Irish Language Act; indeed there would be a statutory obligation to “enhance” the language which would of course empower an expansionist commissioner to impose Irish across all public sectors. In short; it is another key nationalist stepping stone in their cultural war.

Whilst how that could be achieved is beyond the scope of this piece, it is trite to point out that Unionist and Loyalist culture, alongside every vestige of Britishness, have been on the receiving end of more than two decades of a statutory and political assault, with schemes, commissions and criminalisation policies designed not to ‘enhance’ PUL culture, but to incrementally strangle it in keeping with the overriding objective to ensure eventual eradication.

It is obvious therefore that some form of legislative provision to respect the tiny minority of Irish speakers would have to be significantly counterbalanced with robust legislative actions to dismantle the Parades Commission, at the very least. This would need to sit alongside a clear statutory framework for the protections of all aspects of PUL and British culture and identity.

However, all of those discussions are moot. The basic premise of the demand to implement NDNA is that the agreement was signed up to by the DUP and so it has the de-facto status of a holy writ which must be treated with reverence.

Leaving aside the aspirational nature of that political agreement and taking nationalism’s point at its height, then if an agreement is to be implemented then it can’t be cherry picked. It must be implemented in all its parts.

In NDNA Annex A- ‘British Government commitments’- at paragraph 10 there is a clear commitment  to not only legislate for unfettered access to the UK internal market, but also to respecting and strengthening NI’s place within the UK internal market. That is plainly incompatible with the imposition of an Irish Sea border and outrageous claims that Article 6 of the Act of Union has been impliedly repealed.

Notwithstanding the extraordinary nature of this Government argument in relation to Article 6 in of itself, such an approach would plainly offend the apparent protections within s.1 of the NI Act 1998 in so far as unilaterally repealing the foundational constitutional stone of the Union would clearly constitute a change in the constitutional status of Northern Ireland without consent.

Therefore it is obvious the commitments in NDNA in regards to the UK internal market have plainly been shredded by the imposition of the violence-rewarding Protocol. As such there is a very obvious problem with the basic premise that Irish Language legislation must be implemented because NDNA says so. If that is the case, then what about the commitment to Unionism in regards the UK internal market?

Whilst plainly the whole peace process is itself founded on the principle that nationalism must gain and Unionism must give, that foundational principle is no longer tolerable. As such, if there is to be a equilibrium between both of the main traditions in Northern Ireland, then there must be fairness and balance.

There is no one who could credibly submit that it is in keeping with the apparently sacred principles of ‘equality’ and ‘cross community consent’ to insist that the nationalist demand within NDNA be implemented, whilst the most of basic of nods to Unionism (which merely amounts to respecting  the constitutional position of NI- we should hardly be grateful for that!) in NDNA is shredded.

As such, the DUP- via a basic rational assessment of the current situation- could arrive at no possible conclusion other than the Irish Language could never possibly be even considered whilst the violence-rewarding Protocol remains.

Once there is a commitment to implement NDNA in all its parts (which means respecting the UK internal market and NI’s constitutional position within meaning of the Act of Union), then- and only then- could the DUP conceivably begin to consider the issues addressed at the outset of this piece; namely how NDNA would be practically implemented in a balanced and proportionate manner (which is clearly not what the current aspirational proposals in the document would deliver).