Peter Robinson's Newsletter article will only further encourage division within the DUP and in of itself appears to be an effort to settle old scores. 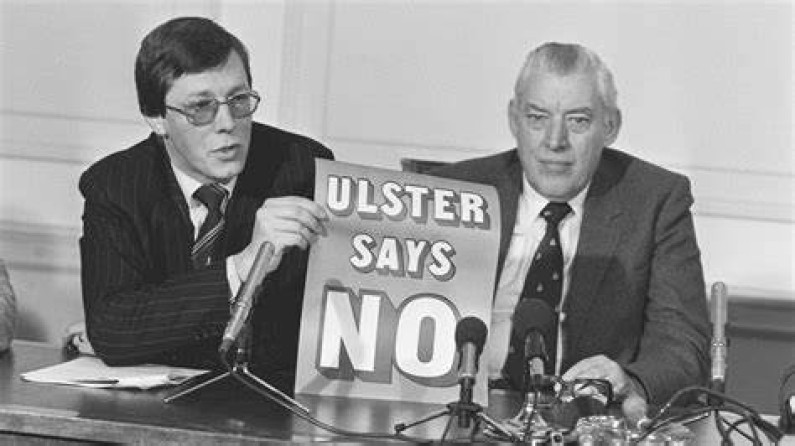 It was somewhat ironic that Peter Robinson’s pitch for unity amongst the DUP was contained within an article plainly designed as a full frontal assault on the new leader of the DUP, and those around him.

Lamenting the removal of Arlene Foster as leader- which was overwhelmingly the desire of not only the grassroots unionist/loyalist community but also the DUP’s own elected members- Mr Robinson describes it as “harsh modus operandi”. That’s interesting; it was Mr Robinson and others who conspired to remove Ian Paisley from post, as described by the late Rev Paisley himself in the explosive interview with Eammon Mallie.

Indeed, Mr Robinson’s intervention is a bit of political dark arts of his own, and has clearly been coordinated along with the intervention of defeated MLA Brenda Hale. We also have references to ‘attack dogs’; who is Mr Robinson referring to? Perhaps he would have the courage to name such persons and substantiate his emotive use of language?

There is much made of Mr Poots’ ‘supporters’ demanding the removal of Arlene Foster immediately. This is not the demand of Mr Poots’ supporters, but rather any sensible person. After defeat at Waterloo Napoleon did not remain in command with the ability to direct his defeated soldiers to take pot-shots at the victors. So too is it wholly illogical to allow Ms Foster and others to remain in post with the ability to impede the policy changes which need to be made as a matter of urgency.

The sour grapes attitude from both the Foster and Donaldson camp, with Mr Robinson fueling the fire from afar, does nothing to help unite the DUP or unionism in general. One could almost compare the defeated section of the DUP as the equivalent of the Brexit remoaners; wanting to fight the war again and again until they win.

Ironically Mr Robinson, with great foresight and clarity, in his excellent weekly column in the Newsletter recently set out the stark choice facing unionism; you either work the institutions and thus the Protocol, or else you genuinely oppose it which logically means pulling down the institutions if the Protocol isn’t removed.

He is also correct in relation to Irish Language legislation. No unionist leader could ever attempt to implement this key nationalist demand, especially in the context of the key unionist ‘gain’ (if basic respect for our constitutional position can be described in such terms) within NDNA, namely a promise of unfettered access which would necessitate the removal of the violence-rewarding Protocol.

Plainly if there is to be consideration of implementing NDNA, (notwithstanding my unshakeable view as to its frailties) then this could only happen once the entire agreement is implemented and that must include a removal of the Protocol in order to respect NI’s constitutional position. It must further ensure that any cultural act makes provision for key unionist culture such as marching bands; any cultural act would absolutely be required to abolish or at the very least completely neuter the Parades Commission. Anything less would be failing to secure the appropriate cultural protections for the unionist community.

All of these issues require strong united unionism. If the defeated wing of the DUP continue to behave like Ted Heath then they are not part of the solution, but rather part of the problem.