Sinn Fein activists spent Halloween calling themselves 'civic nationalists' as part of a carefully contrived political stunt. It was little more than a blatant attempt to sectarianise civic society and build a 'nationalist bloc' within the professional sectors. 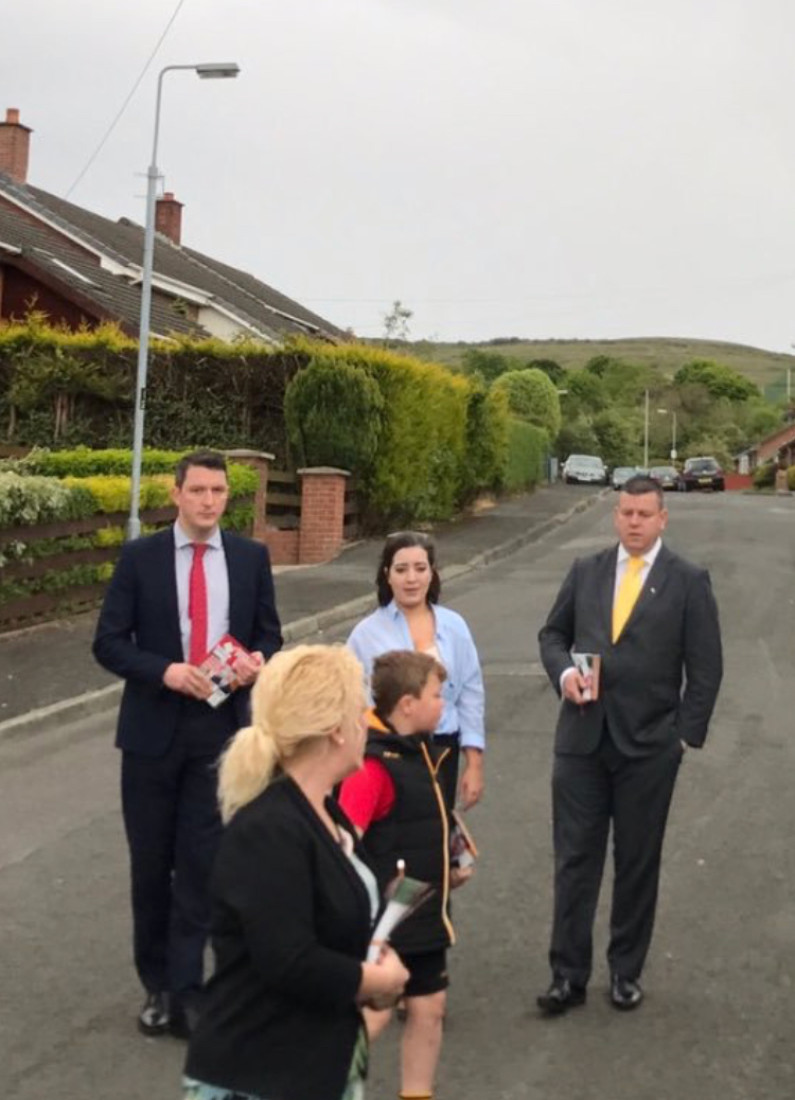 “If I was to write a letter on behalf of loyalists and unionists and flaunt myself all over the media promoting it, I would be shunned and drummed out of the profession.” That was the view of one astounded legal professional speaking to me in recent days about the ‘Leo Letter’.

It is also notable that some signatories that were on the first begging letter to the Irish Government last year are not included in the more recent Sinn Fein campaign. There were a number of people who privately expressed alarm after the publication of the first letter and felt that they had been duped into signing it by Niall Murphy, described by one person as “an egotistical chancer desperate to be part of Sinn Fein’s inner circle”.

Mr Murphy again appeared this week as a spokesperson for the ‘Leo Letter’ group, aided by fellow Sinn Fein arms-length activist Patricia MacBride. It is worth looking at the choreography of the ‘Leo Letter’.

It began with an advertisement in the Irish News (more of that later). It was then followed up by Sinn Fein activist Niall Murphy doing the mainstream media rounds. This consisted of Mr Murphy promoting the letter, which is essentially a Sinn Fein manifesto, but doing so under the guise of a ‘civic nationalist’ or being referred to simply as ‘a Belfast lawyer’. This later description conjures up the imagine of an impartial legal professional, when in fact this is the work of a Sinn Fein activist who- along with others- simply cloaked such activism in the veil of ‘civic nationalism’ and thought no one would notice.

Then we had Patricia MacBride on what appears to be a Sinn Fein funded jaunt, using EU money one would imagine, hosted by convicted bomber Martina Anderson in Brussels. This was followed up by a Shinnerbot ‘hashtag campaign’, which lead onto the predictable linguistic diatribe rolling from the tongue of Declan Kearney. Then we had former, and some are suggesting soon to be again, Sinn Fein election candidate Chris Donnelly- cloaking his Sinn Fein activism under the guise of a commentator- writing a blog for Slugger O’Toole.

Such a blatant Sinn Fein contrived stunt managed to escape any robust scrutiny in the mainstream media. Sinn Fein were quite literally afforded a free platform to wheel out all their arms-length activists, label them ‘civic nationalists’, and promote their divisive and aggressive political agenda under this guise.

Most crucially of all, no one- besides this site- is calling out these ‘civic nationalists’ on why they are creating a sectarian division within many professions. They are trying to force people to designate themselves in the workplace by virtue of their political views. We no longer just have media, we now have some who have designated themselves as ‘nationalist media’. Admittedly the media list was rather small as no proper journalist would put their name to it. This section was only bulked out by almost all the staff of the Belfast Media Group, which is really little more than a propaganda outlet for Sinn Fein. We also no longer have an independent non-political education sector, we have nationalist teachers. We no longer simply have sportspeople, we have nationalist sportspeople. The list, and divided categories, goes on.

There is a very real attempt by these Sinn Fein activists, dressing up for Halloween it seems as ‘civic nationalists’, to sow division and intimidate people within the professional sphere into silence, or acceding to their political agenda.

There of course remains one very pertinent question, who funded this little Halloween stunt? Who paid for the advertisement in the Irish News? Who (I think we know the answer to this one) paid for Sinn Fein activist Patricia MacBride’s jolly to Brussels? Hopefully the ‘civic nationalists’ will practice what they preach in terms of transparency and provide us all with the answers.

The likes of Mr Murphy, and his fellow Sinn Fein activists, cannot be allowed to brashly smash their way around the legal profession giving the impression- by virtue of their loud mouthed diatribes, or their roving gang of placard protestors- that the legal sector is ‘nationalist’ and thus a cold house for unionists, especially young unionists maybe looking towards a career in the law.

The same goes for all the other professional categories divided up by the ‘working group’ of Sinn Fein activists calling themselves ‘civic nationalists’.

Halloween is over, the ‘civic nationalism’ costume was predictable, boring and fooled no one with even an ounce of sense. All we have now is a gang of arms-length Sinn Fein activists, whose party is devoid of any political influence where it matters, yapping on incessantly about their political demands, which they call ‘rights’. It is old…..