Stacey Graham is a 31 year old Loyalist activist, community worker, wife and mother of two from the Woodvale area of the Shankill. She is a proud member of Lets Talk Loyalism and the Progressive Unionist Party. Stacey is well known for her commitment to amplifying, empowering and giving a voice to the often unheard and ignored loyalist community. 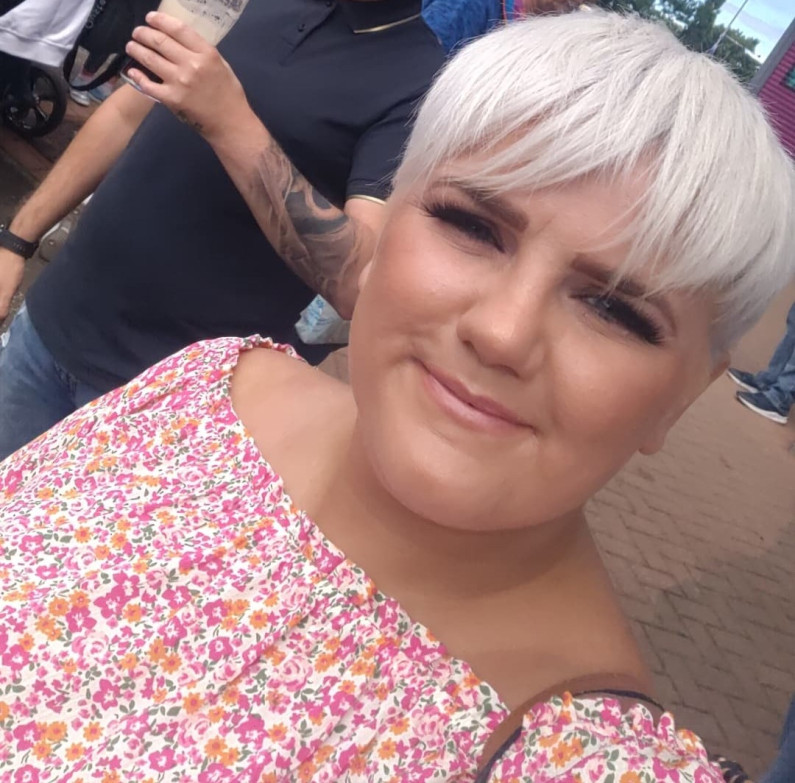 “Loyalists have had it easy”- That is what an anonymous Twitter account told me today after I shared Loyalist Jim Wilson’s opinion piece on policing.

Jim (rightly) highlighted in his piece that relations between the RUC and Loyalists were not as some would lead us to believe and the narrative that it was only Republican and Nationalist communities who suffered at the hands of the RUC is simply not true.

Police reform was central to the peace process and the Belfast agreement, but there was a critical failure in how the focus was on Nationalist/Republican communities purely because of the false narrative perpetuated by Republicans that Loyalists were “cosy” with the RUC.

While some in the leafy suburbs may think we are living in peace because the bombs and guns have stopped, we are not. Communities like my own on the Shankill continued to suffer post-Agreement to a point where the relationship with the police has been repeatedly fractured. The injustices and brutality which the PSNI have subjected my community to must be acknowledged and not erased from the history books.

Some would say “What do you know? You never saw the worst of the troubles, I lived through it.” And they’re right. I didn’t live through the worst of The Troubles. I grew up in a time where we were supposedly living in peace, yet I witnessed multiple horrific incidents of police brutality and I know I’m not alone in that. If Loyalists have had it easy why did police officers follow me in an unmarked car when I was a child shouting that female members of my family were “sluts and orange whores”?

If Loyalists have had it easy why did I watch my community swamped by heavily armed officers as they trailed teenage boys from a house and beat them?

If Loyalists have had it easy why were members of my family harassed for months on end during the flag protests and the Twaddell stand-off?

Why? Because they are Loyalists who chose to stick their heads above the parapet and stand for the rights of their community in a peaceful manner. Was this not their human and democratic right or does social equity not apply to the loyalist and unionist community in the new ‘dispensation’?

Have we really come a long way since the days of Whiterock, Flag protests and Twaddell or is it a case there was the usual ‘love bombing’ and promises of “looking at how mistakes aren’t repeated” until the heat died down in the community until the next crisis and the boot was put on the community’s neck again?

The PSNI handling of the Bobby Storey funeral compared to the over reaction (some would say politically motivated witch hunts after pressure coming from undue Republican and Nationalist influence at PCSP and Policing Board levels) to the peaceful Anti-Protocol protests throughout the Province as well as the recent Rangers 55th Title celebrations has only further highlighted politically motivated, two-tiered policing against the Unionist community.

What needs to be done in addressing the problem? It cannot be a one size fits all approach. Policing approaches that work in affluent areas of North Down will not necessarily be practicable in communities like the Shankill or indeed Loyalist communities in North Down. Probationers tend to come from a middle-class and academic background so do not necessarily understand the nuances of the communities they are serving in.

Let’s look at meaningful engagement and consultation and build on good models of practice. We as a community have a responsibility, a responsibility to hold our politicians and representatives to account.

In order to have our voices heard we must be open to dialogue and engagement. How can we tell decision makers what we need or what’s expected of them if we are not willing to engage? This only leads to gross misrepresentation from those who are engaging.

The PSNI have rightly highlighted in their recruitment drive that they would like to see applications from working class communities. However, they must take one more step forward. They must actively recruit from working class Loyalist areas with targets set and met.

What are the PSNI doing to ensure this happens? It states on the PSNI website that you must have 5 GCSEs or equivalent at grade C or above to be eligible to apply. This is a problem for communities like the Shankill where educational attainment is extremely low. Could this be addressed by working in partnership with local colleges, schools and community organisations to design and implement easier avenues into the PSNI?

Martin Luther King once said “peace does not only mean the absence of war but the presence of justice, law and order –  Where is the justice for communities like mine?