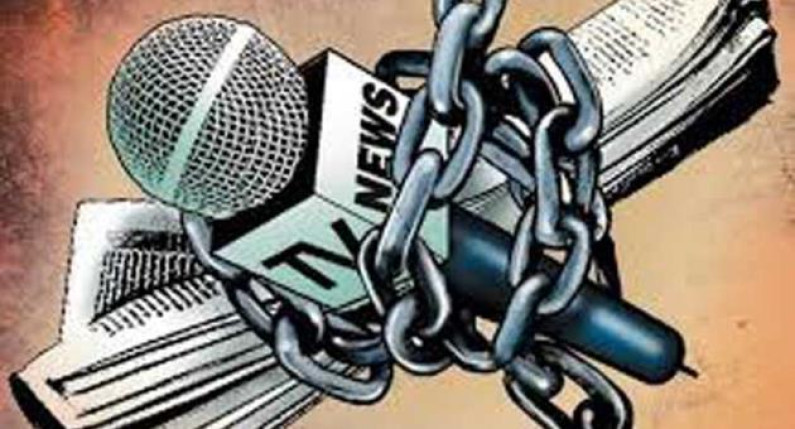 There was an interesting side issue during today’s Nolan Show. The broadcaster took to task a group of commentators who spent recent days criticising the media for the platform offered to the Quinn family. This group, a mainstay of the liberal elite, subtly- and sometimes not so subtly- accused certain journalists of using the family for their own ends.

Nolan quite properly went to the heart of this liberal elitism; these commentators think that they should be afforded a regular platform, but anyone- whether it be the Quinn family or other ‘unacceptable’ (in the eyes of the liberal elite establishment ) commentators- who do not say the right things should be de-platformed.

When we boil this down what such persons really mean is that Nolan, and other journalists such as Suzanne Breen (who has been writing about the Paul Quinn story for over a decade) championing the cause of the Quinn family, are straying from the moral path of ‘peace process’ journalism.

It is no surprise that peace process journalism is a cover name for pro-nationalist journalism, given that the ‘process’ is entirely something which is beneficial to the nationalist community, and to the detriment of the unionist community. How often do you hear a unionist say that the media should moderate their journalism for the sake of the ‘peace process’? The answer tells you all you need to know.

I should, I suppose, clarify yet again for those who aren’t regular readers of Unionist Voice. I despise the term ‘peace process’ because I believe it is contrived and designed as a moral blackmail tool to convince people that you can’t have peace without the process, thereby manipulating people into supporting a flawed political process because if they do not, they must be anti-peace.

This is nonsense. You can be entirely committed to peace, as I am, but be wholly opposed to the process. The moral depravity of the usage of the contrived term sinks to new levels when nationalist activists seek to deploy it as a means of demanding that the media adopt a more politically convenient tone, lest they impede the ‘process’.

That was what #BoycottNolan in recent years was really all about. That campaign, which failed miserably, was driven by nationalist activists and supported by some low-level journalists who have become zealous converts to the nationalist cause, ever eager to win the approval of the Sinn Fein press office.

We have the further issue of fully fledged republican activists often being bestowed with the veil of neutrality, often by outlets who are little more that propaganda platforms for the liberal elite establishment.

Contributors such as Patricia MacBride, Chris Donnelly and Andree Murphy, all of whom the BBC regularly describe in neutral terms simply as ‘commentators’, are ardent republican activists and indeed at least two of those three are believed to be current members of Sinn Fein.

Let us contrast this when unionist/loyalist contributors are on. To name but a few examples; Tim Cairns is a “former DUP SpAd”, Nelson McCausland is “Former DUP MLA” and I am a “loyalist commentator”. Where is the fairness in this?

I certainly am not a neutral, and I doubt Tim or Nelson would claim to be either. But nor are the partisan republican contributors who are afforded neutral titles. That creates an imbalance; when we have Patricia MacBride, Chris Donnelly or Andree Murphy coming on and being presented simply as a commentator, many of those who don’t follow politics closely may believe they are neutral observers of the political scene and therefore place enhanced credibility on what they believe is an impartial and balanced analysis. The viewers or listeners aren’t informed that in fact such contributors are far from neutral, rather they are partisan republican activists, and often members of Sinn Fein.

Stephen Nolan’s rebuke of the liberal elite establishment circle of ‘acceptable’ commentators during today’s show should start a conversation about the commentariat in general, and wider than that on the idea that the media in Northern Ireland are obliged to engage in convenient ‘peace process’ journalism.