It is time for The Executive Office to develop a voluntary ‘Social Media Charter’ in order to encourage a collective stand against social media abuse, trolling and targeted harassment. 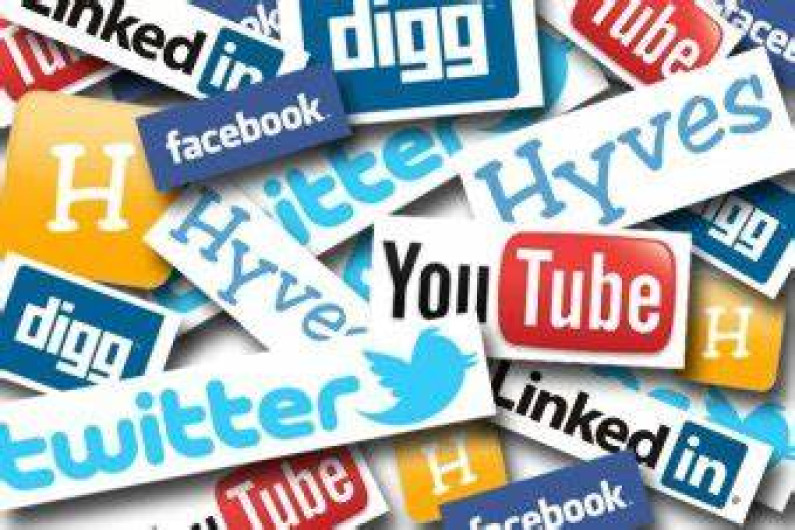 For over 8 years I have been subjected to relentless abuse, trolling and targeted harassment. Some of this has been in the form of random individuals hurling the most vile abuse imaginable, other times it has been part of a clearly orchestrated campaign to spread malicious rumours- which the perpetrators hope will take on the appearance of truth via mere repetition- or to hit me with such a barrage of abusive commentary that they hope it will try force me from social media.

A lot of the orchestrated targeting of me and a select number of others, such as Ben Lowry, is politically driven with the intent of having ‘unhelpful’ voices de-platformed. That is why a lot of trolling and abuse of me also links to Stephen Nolan, it is about trying to whip up a hate storm against voices who aren’t politically convenient but yet are provided with a platform.

At the weekend I was subjected to a frenzied social media pile on after a deliberate attempt to subtly link me to abusive tweets sent to another individual. For the avoidance of any doubt, the abusive tweets were disgusting, vile and the perpetrators should be identified, prosecuted and hit with strong deterrent sentences.

However, despite the fact the allegations made against me were entirely and demonstrably untrue, this did not stop hundreds upon hundreds of abusive messages.

What is incredible is that those who are often the most vocal at calling out trolling, remain silent when the vicious pile-ons are directed towards me or anyone else who the twitterati has deemed fair game.

On occasions, such as Sunday, a post about abusive twitter activity turned into a group assault on both me and Stephen Nolan. Not once did I see anyone saying, ‘hang on a minute, aren’t we facilitating and encouraging precisely the same type of vile abuse we are on this thread to condemn?’

The hypocrisy, on all sides, in relation to this issue quite frankly stinks. It is wrong no matter who it is directed at. I have seen appalling abusive tweets directed to Patrice Hardy, is that ok because she is a Sinn Fein member? No, it isn’t. It is equally as unacceptable as when a gang of trolls set upon Emma Little-Pengelly or Carla Lockhart, hurling the most disgusting abuse.

I have a friend who is a legal professional. The person has a public profile simply because of her job, not out of choice. Recently this individual explained to me how she found herself subjected to a barrage of abusive tweets because someone took offence that she had the audacity to post an innocuous tweet about eating out with her partner. Why is that ok?

Then we have people who are on social media as a form of therapy for their own self-loathing. These people flock together with other like minded self-loathers and hunt in packs dishing out disgusting abuse and mocking people deemed ‘fair game’. I take myself as an example of one of their regular targets because I think I am qualified to speak on this issue given the extent to which I am targeted.

It is popular to troll me and abuse me. The same with many others. If someone is feeling down about themselves and wants to feel the warm glow of twitter likes and Retweets, then an abusive or derisory comment about me will be enough to attract fellow users to give them the attention they crave; because it is ok to troll me, indeed it is seen as a positive pursuit.

This type of behaviour has been encouraged, often by people who should know better. I often use the example of LAD, an online account set up to target one section of the community with mockery and dehumanising insults. That account has been endorsed and Retweeted by politicians, journalists and others. Do those who tolerate and encourage this type of behaviour not see that they are creating the environment for the type of race to the bottom social media toilet we now find ourselves in?

I am writing this piece because, as a matter of principle, I am fed up with the perpetrators of this kind of behaviour getting a free ride. I am fed up of ignoring them and just letting them howl at the moon. Why should I? Why should anyone?

I tweeted last week in support of Allison Morris after she had bravely spoken out about her stalking experience. Her whole thread became full of people not only abusing me but trolling her for the mere fact that I had commented on her thread.

The relentless morning to night pile on of abusive tweets, dehumanising insults and orchestrated trolling is normalised to me now. The abnormal existence of having mass mobs of people spending all day every day attacking every aspect of my life, my character and indeed almost my very right to even exist has become my normal. It is the same for many other people in Northern Ireland.

It is never going to impact me now as I am largely immune to it all after so long, however there are times when even the abnormal barrage crosses the line, such as when my son is called a “bastard” or tweets are sent, such as 12 July last year, stating that it was hoped he would die. Those incidents annoy me; that is my son, an innocent little boy, and he is entitled to live his life without being judged on the basis of who is daddy is. In any event, who in the right mind calls a child a “bastard” or wishes death upon them?

It is time we all, collectively, said that we as a society aren’t tolerating it. That means politicians, journalists, public figures and everyone else. Many of us wont agree with each other’s politics, or even like each other very much, but surely we can all agree that this is wrong, all of it, regardless of who it is directed at.

Let us all make a collective stand to say that no more will abusive trolling behaviour be given a free pass, or endorsed via silence.

I wrote two years ago that twitter should require a valid form of ID for every issue. Make everyone accountable, you cant run down the street with a balaclava on hurling abuse in mobs at people you happen to dislike, so why should you be able to do it on social media?

However, that isn’t something that we in Northern Ireland can make happen, but what we could do is lobby The Executive Office to develop a ‘Social Media Charter’ which public figures, politicians and everyone else can voluntarily sign up to. This could include a commitment not to endorse, facilitate or in any way provide cover to anonymous accounts dishing out abuse and most importantly a zero tolerance of trolling or targeted harassment of any person, and a commitment to challenge such behaviours regardless of who the perpetrators are.

It is time to fill the vacuum and drain the social media swamp. It will be much better for us all, regardless of our background or political affiliation.