Our freedoms and liberty are being stripped away by the irrational and illogical lockdown. We may never get them back. 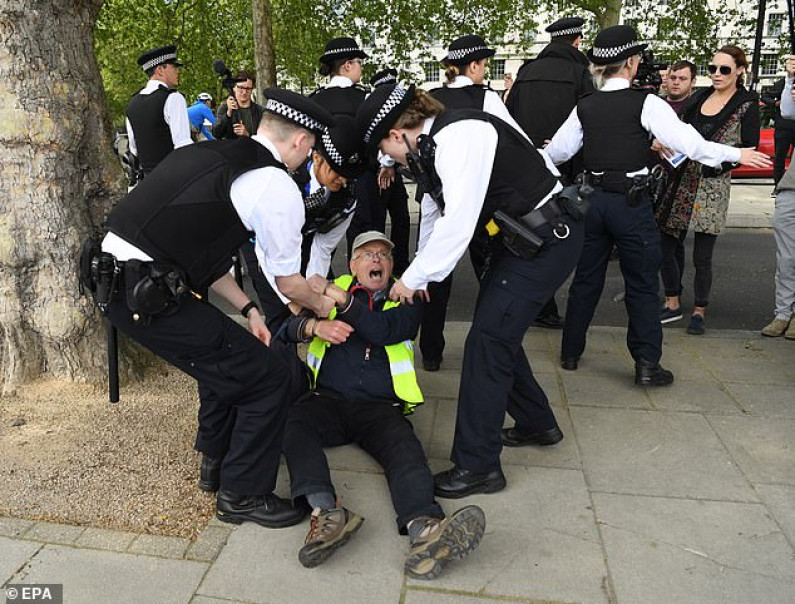 In March 2020 when the Executive embarked on the initial lockdown, it did so with overwhelming community support. Despite rather quickly becoming a lockdown sceptic, I fully supported the initial lockdown. This was based on the predictions that 15,000 people were going to die; the predictions of Robin Swann and others were apocalyptic, and it was very difficult for any person to reasonably ignore them.

We were told that the restrictions on our liberty and freedom were necessary, for a time limited period. We were also told this was a partnership- it was about community consent, not enforcement.

However, within days the PSNI- emboldened with extraordinary draconian powers- couldn’t contain itself. Officers were aggressively sending out erroneous social media posts with entirely false messages as to what the law actually stated, and many officers appeared to take great pride in snaring any citizen who dared to do something as horrendous as travel to exercise (which was never actually unlawful in any event, regardless of the hole ACC Alan Todd dug himself into).

It was at this stage I personally started to become very uncomfortable. The PSNI are riddled with incompetence at the best of times; bestowing extra powers upon them- and allowing officers such a wide discretion with which to coerce the public- was only ever going to end in tears.

Only one voice cried out in the wildness from the very start, warning us all about the path we were embarking upon. Lord Sumption QC, former Supreme Court justice, warned that once we surrendered our basic freedoms and liberties, we may never get them back. It’s a shame more people didn’t heed the warnings of one of the finest minds in the United Kingdom.

Lord Sumption also warned that the manner in which the regulations were being made- via statutory instrument- may well be unlawful, and most certainly unsurped the role of Parliament. A lone voice at the start, but some six-months later Lady Hale, the recently retired President of the Supreme Court, stated that Parliament had “surrendered its functions in the face of Covid-19”.

The Court of Appeal in Dolan, in granting leave to appeal, said of the restrictions:

We then had the ‘snitch line’. Manna from heaven for curtain twitching busy-bodies who found new empowerment in informing on their neighbours for heinous crimes like exercising twice per day, having a relative in the garden or- god forbid- going to the shop for a bar of chocolate, a non-essential item. Such persons, who undoubtedly had the ‘snitch line’ on speed dial, must be salivating at hearing Arlene Foster propose Covid marshals. If anything would bring this hyperbolic and entitled elite outside, it would be the opportunity to act as the Covid Stasi.

In the middle of it all, Sinn Fein persistently and flagrantly breached the very restrictions they had imposed upon the rest of society. As ever in post 98 Northern Ireland, it is one rule for republicans and another for everyone else.

How can the PSNI have any credibility in the application (or misapplication as the case normally is) of their powers when ordinary citizens look to the funeral of Bobby Storey and see no policing enforcement action taken, even retrospectively. Rather it appears to many the PSNI actively colluded in the debacle.

Despite the moral lacuna at the heart of the Executive, this did not stop Sinn Fein from passing new restrictions which prevents more than 25 people from attending a funeral. How can Sinn Fein seriously ask any citizen to obey this draconian restriction, and furthermore given their lack of enforcement at the republican funeral of Bobby Storey, how can the PSNI with any semblance of credibility seek to enforce it?

The latest raft of restrictions- which will no doubt take the form of yet more contradictory and confused legislation (that the PSNI will make up as they go along in terms of how it is applied)- is to all intents and purposes another lockdown.

There is no logic to this. The purpose of a lockdown is simply to slow the virus, not to cure it. Therefore, if the logic is that every time infection rates rise, that we must lockdown, then we will simply be paralysed in perpetual lockdown.

This is the logical outcome for those who support lockdown. Its easy to parrot the latest buzzwords and phrases, and say “trust the experts”. These are the same experts whose advice is constantly contradicting itself and changing, and who told us to expect up to 15,000 deaths. They were wrong then, so why must be keep blindly following them?

Small businesses, especially in the hospitality sector, are going out of existence. The wider economy is being tanked; the debts and price of destroying the economy will be carried for decades. Is that a fair price to impose on future generations?

There has never been an honest conversation about the true cost v benefit. The destruction of the economy, the eradication of our freedoms and liberty, basic legal protections and parliamentary scrutiny being shredded in pursuit of some ill-defined ‘greater good’, alongside the increased mental health and wider societal damage. All of this to slow down a virus. Not stop it, not defeat it and most certainly not cure it- just slow it down. Bury our head in the sand and try to wish it away by staying indoors. It is as preposterous as it is illogical.

Some people like that approach because it allows them a comfort blanket of believing they can subcontract all risk and personal responsibility out to the state. That the state can eliminate risk. The experts will deal with the risk, we just have to sit in our houses until it passes and play our part by ensuring we keep up with the latest buzzwords and twitter trends. This irrational viewpoint is becoming embedded across much of society and is going to have a long term detrimental effect.

There is no longer widespread community support and goodwill for this lockdown. Growing numbers of persons are fed up; furious even. There is further increased resentment at the carefree manner with which businesses- built up over decades- are sacrificed, our liberties and freedoms are stripped away, and the daily press conferences whereby Government Ministers preach to society (usually in a sad voice to help avoid scrutiny) like were are naughty schoolchildren.

Even sections of the media- and I sadly had to include Stephen Nolan in this last week- have become lockdown lobbyists. Surrendering the job of placing scrutiny on the establishment and challenging them on behalf of the ‘little people, in favour of becoming propagandists for the removal of our liberty and freedoms.

We are living through George Orwell’s ‘Nineteen Eighty Four’. And it is only going to get worse. Once your surrender your freedom and liberty, and do so willingly, then it’s a fallacy to think the establishment will ever return it.