Stephen Nolan's 'BBC Batman' vigilante segment on Nolan Live- regardless of the undoubtedly positive intent- was completely wrong. It goes against everything the Nolan Show purports to stand for. 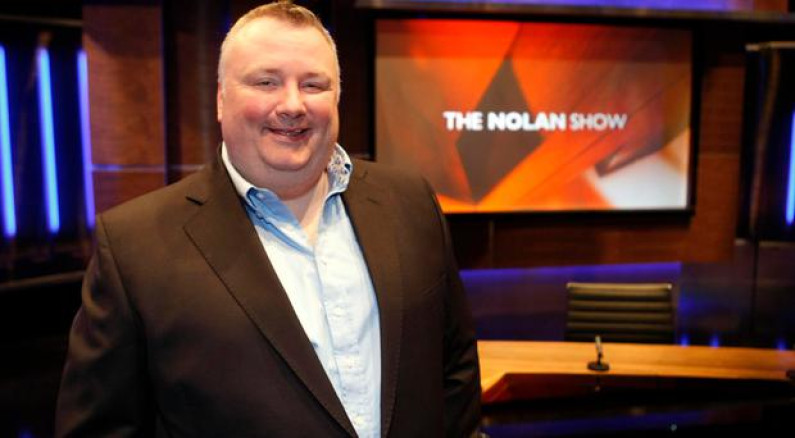 Let me begin by saying- lest my arguments be deliberately misconstrued- that I am not an anti-mask conspiracy theorist. I do not believe there is a New World Order conspiring to infect us all with 5G, or that Covid 19 is some secret experiment in mind control.

In my mind the questionable public policy is a case of Covid cock-up rather than Covid conspiracy. I do not think the Executive are closet Nazis trying to seize power, rather I think they are fallible human beings (as we all are) doing their best in unprecedented times.

I oppose lockdown because I do not think it rational or logical. The legitimate purpose of lockdown was to prevent the NHS being overwhelmed; it was to slow, not cure, the virus. Therefore, the logic is that we must now face up to the reality that lockdown is a tool only for suppressing the virus, not combatting it.

Therefore, lockdown is a tactic, not a strategic solution; unless we are going to accept a permanent lockdown until a vaccine can shield us all. That doesn’t appear to me to be rational, therefore from what I can see the only other option is to try and shield and protect the most vulnerable, whilst incrementally letting the virus pass through the least vulnerable at a rate which doesn’t overburden the NHS and cause it to collapse in on itself.

That approach is going to require some public steps, such as mask wearing and social distancing. I do not oppose that. I am in support of building community compliance via cooperation and looking out for our most vulnerable. You do not achieve that however with arbitrary and legally questionable regulations, and you most certainly do not achieve it by the kind of public shaming dished out on Nolan Live.

The BBC is not an enforcement authority under the Coronavirus Regulations. They have no statutory, nor moral, duty to engage in coercion via public shaming.

The effect of the public shaming on the persons who had to endure on Nolan Live- without even so much as their faces blurred- may very well be significant. That- however well intentioned- is a misuse of Nolan’s power.

I champion the Nolan show because it is the only part of BBC Northern Ireland which isn’t simply a propaganda tool for a liberal elite establishment. Whilst the rest of the BBC sneer down their noses at working class people who voted for Brexit, oppose the hyper-woke agenda and have distain for those who don’t shape their views based upon the latest twitter trend, the Nolan show always gave a voice to the most marginalised and isolated.

Stephen Nolan fought for the little guy against the powerful- both inside and outside the BBC. On Wednesday night he chased private citizens down the street as a means of enforcing- using the tool of public shaming- the diktats of the establishment. I don’t doubt his positive intent- regardless of what some people think, I fundamentally believe he does genuinely care about people and always seeks to use his influence for the greater good- but on this occasion, it manifested itself badly.

The type of sneering elitism- whether intentional or not- that came across in the impugned segment on Nolan Live is precisely why so many people despise the BBC. Nolan was never part of that; he always stood apart from the de-platforming, the sneering and the hyper-woke superiority that pervades throughout much of BBC Northern Ireland.

The contrived equivalence of non-mask compliance with drink driving- which Nolan repeatedly sought to use to justify his pursuit of ‘law breakers- is a red herring. Would it be acceptable if Nolan set off in pursuit- like some kind of BBC Batman- of drink drivers and confronted them? Well no, it wouldn’t actually.

We have something called due process. We have the right to privacy; that is why persons accused of a crime have- save for the most exceptional circumstances- a legitimate expectation of privacy up until the point of charge. These privacy protections were explicitly laid out in the Cliff Richard v BBC case and more recently in ZXC v Bloomberg LP.

Yet on a petrol station forecourt Nolan purported to ‘confront’ those he had determined were guilty of the criminal offence of not wearing a mask. Never mind due process, never mind the right to privacy up to charge; harangued in the street and faces broadcast across the country in the biggest television show in Northern Ireland. Those persons were publicly shamed, judged and ‘convicted’- without any due process or context- live on TV.

It was as close as you will come to George Orwell’s ‘Two Minutes Hate’.

Despite the fact that Nolan himself on air has conceded that there are serious questions about the legislation and the lack of scrutiny, there was absolutely no critical analysis of this. The program simply jumped straight to Robin Swann’s contribution. Regardless of his equally positive intent, Mr Swann and the Executive are escaping proper scrutiny over their disastrous regulations- which are so confusing that even those who make them don’t understand them- by instead shifting the blame onto the public.

Government Ministers now purport to rule by diktat- or statutory instrument as it is more politely called– and act as if they now have the power to instruct the police operationally. Even worse we have ACC Alan Todd now saying- and this really is incredible- that the PSNI’s priorities in terms of enforcement will be dictated by the Executive.

Let us just pause on that; we have laws made without any legislative scrutiny. They are made solely on the whims of Government Ministers, who bring them into force with a couple of hours’ notice. The legality of this has been widely questioned, including by two former Supreme Court Justices- Lord Sumption and Lady Hale.

Notwithstanding the evident flaws in the way laws are being enacted, once enacted they are nevertheless laws until such times as they are challenged in court or repealed.

Article 8 is also out the window as no one could seriously argue that these regulations meet the quality of law test. There isn’t so much as a code of practice for how the PSNI are to enforce the ever changing regulations- which are interwoven with guidelines to the extent the lines between the two have become completely blurred.

It is all well and good justifying it by saying “it’s exceptional times”, but that is how authoritarism starts, and once you permit it once then from where do you derive the moral authority to challenge the next arbitrary use of power, subjectively deemed by the political class to be for the greater good?

And here lies the problem; if we follow the logic of the ‘greater good’ narrative then we all as citizens must overlook the lack of legislative scrutiny, the questionable diktats (statutory instruments), the arbitrary fines, the infringements on our liberty and the overall approach to the pandemic. We must instead trust that we are giving up all those basic freedoms and safeguards for the greater good. We must then also trust that the greater good, as subjectively defined by those in power, is precisely as it says on the tin.

We are being asked- by the political class, the media establishment and the lockdown lobbyists- to willingly surrender our liberties and to simply trust, without any critical analysis or raising our voices in dissent, that the decision making is right.

We are being asked to trust that our economy is being tanked, thousands are being made jobless, businesses built up over generations shut down and citizens criminalised over non-wearing of masks or breaching a regulation is all proportionate and necessary.

The most frightening thing of all- above and beyond the risks of Covid 19- is how society, once terrified and frightened, has so willingly surrendered so many basic liberties and freedoms, in the belief that we are doing so for the right reasons. The right reasons are subjective things; they mean different things to different people.

It’s a long road back to a normal democratic society. Some of the freedoms and liberties willingly surrendered may never come back.