The Sunday World has rounded off derby weekend with a comical front page story about the Rangers match, contradicted by... its own page 10 story. 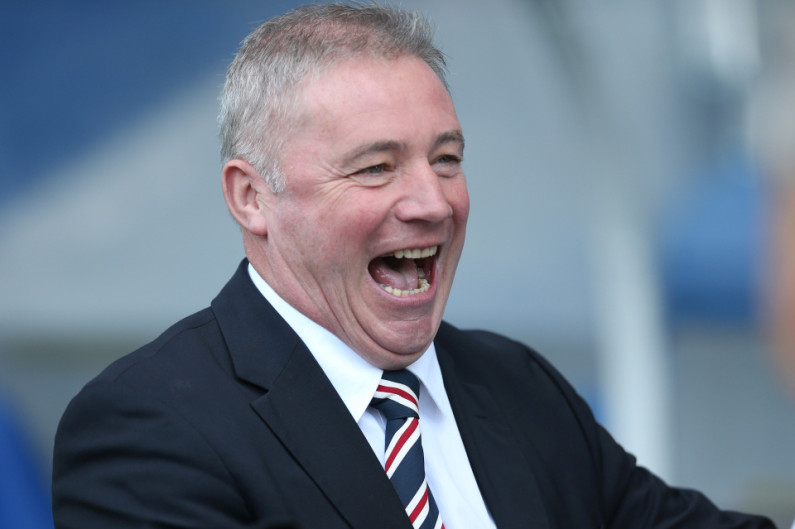 The Sunday World front page headline screamed- as fact- “Police find 30 fans in clubhouse celebrating Old Firm derby win”. The reader is directed to page 10 and 11 for this ‘Exclusive’ story.

The first thing to say is this ‘Exclusive’ story was a mix-mash of inaccurate information lifted off social media, and the more credible work of another journalist- Christopher Woodhouse- who at tea time on Saturday night published a less speculative article, and who even had the professionalism to make contact with the club.

This was in stark contrast to a nationalist social media journalist who excitedly late on Saturday afternoon took to twitter to inform her followers the PSNI had “raided” premises in Donaghadee and outlined how “60 people” had been inside at the time. The same journalist remained strangely silent over the Bobby Storey funeral.

After a nationalist frenzy of excitement, and a couple of new followers, the social media journalist had to clarify that even the PSNI themselves said they merely “attended premises” after a (false) report of an alleged Covid breach.

In some strange linguistic turn of phrase this was described as “the North’s” police force. Perhaps this was reference to ‘North Down’ PSNI, which is part of C District. Whatever of the confused terms, the initial inaccurate tweet faded into obscurity.

We then come back to page 10-11 of the Sunday World. The big ‘Exclusive’ awaits. However, readers will be sad to find nothing but two public statements and a copied twitter post, included in the middle of a wider story about the hospitality industry. Indeed, the purported statement of fact on the front page that “30 fans” had been found in the clubhouse, has now become merely a ‘belief’.

I am sure many will wonder how the factual statement on the ‘Exclusive’ front page became a belief only 10 pages later. This is notwithstanding perhaps the most comical aspect of all; despite their assertions that “30 people” had been found in the premises, the publication then reports (again inaccurately as fact) that people were (apparently) merely seen “leaving the premises….one by one”. You would think that even inaccurate journalism could at least be consistent in their inaccuracies.

It is now being reported in Donaghadee that in fact this man was seen happily leaving the clubhouse:

Not to be outdone, the paper’s first sentence on page 10 begins by reminding the reader there was a ‘raid’ (placed in inverted commas because even the publication itself knows its telling lies and seeks to rely on this subtle insertion when defending the inevitable IPSO case), before going on to make clear in the small print of the story that in fact there was no raid at all, and that the PSNI did not even set foot in any premises and not a single person was arrested, cautioned or issued with any Covid notice.

Between them a social media journalist and the Sunday World have ‘Exclusively’ managed to cobble together a comedy of errors. Its worth remembering just how many clarifications and retractions in relation to loyalists the Sunday World has had to print this year alone, including being subject to perhaps the most scathing IPSO judgment ever issued. In this regard Sunday World hold the dubious honor of the first ever Northern Ireland IPSO- ordered front page retraction.

For sheer amusement we conclude with the timeline of inaccuracies:

Life comes at you fast.

Finally, Unionist Voice has been able to square the circle. The 30- and the 60- people have been located. The numbers have been counted by Dianne Abbot (fresh from her newspaper articles cheerleading for republican propaganda documentaries) and we can exclusively provide the image below: