The judgement of Horner J in relation to a nationalist Judicial Review application designed to target bonfire culture impermissibly entered the political domain. The Court had no business issuing 'bonfire guidance'. 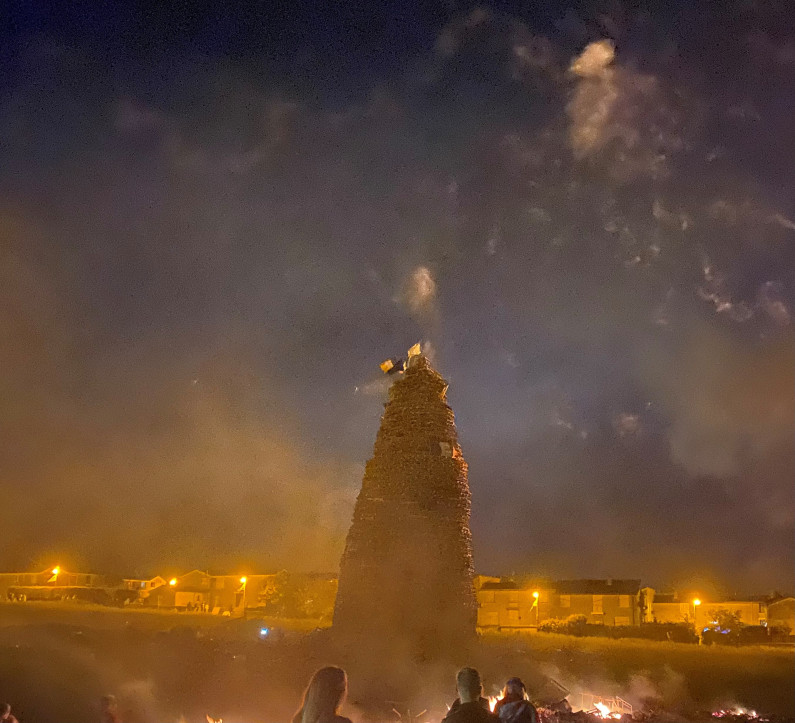 On 21 September 2021 Horner J delivered his judgment in an application for Judicial Review which had been brought by nationalists, seeking interim injunctive relief, on 10th July 2021 in relation to a cultural celebration at Adam Street in North Belfast.

This application is separate from the wholly unmeritorious parallel application brought by two nationalist Ministers, who took the step of issuing proceedings unlawfully given the failure to observe the requirements of s28A of the NI Act 1998 and associated Ministerial Code, which mandates that cross cutting or controversial and significant matters should be brought to the Executive for approval. This unlawful solo run by two nationalist Ministers, at significant public expense, is subject to a separate Judicial Review challenge.

Horner J refused leave and interim-relief in the nationalist resident’s challenge, however- for whatever reason- then decided to embark on a purely obiter exercise in speculating about bonfire guidelines. Interesting as this is (for some), it is neither binding nor was it answering any question of law before the Court.

Moreover, there is serious constitutional issues around judicial intervention in such a matter of political policy, which is compounded by the fact the comments of Horner J on ‘bonfire guidelines’ do not relate to any matter of law before the Court.

The summary judgment is headed ‘Court delivers bonfire guidance’. This is quite incredible. The Court was asked no such question, and moreover has no role in interfering in such political issues. It has, of its own motion, waded into a matter properly within the political realm and purported to offer policy guidance.

There are worrying constitutional implications of this judicial excursion. Notwithstanding the ‘lawfare’ agitation it will encourage in relation to targeting Protestant Unionist Loyalist (‘PUL’) culture specifically, it will further encourage general recourse to the Courts in matters of political policy.

In this case Horner J also went on to make findings of fact in relation to Adam Street bonfire, accepting as fact the wholly contrived claims of nationalist residents. One would have imagined that Horner J would be well aware that the residents of Tigers Bay, nor the bonfire group specifically, were represented in the proceedings and therefore had no opportunity to challenge the sensationalist claims of nationalist residents who were plainly encouraged by Sinn Fein agitate on this issue. This makes it even more unreasonable that Horner J would have accepted these politically motivated claims without appropriate scrutiny.

The purported guidance issued by Horner J is an invitation to nationalism to further target PUL culture. It suggests in the absence of agreement from those hostile to bonfires, that there should be no bonfires. It is patently obvious that this encourages those opposed to bonfires to simply contrive contentious issues in order to frustrate agreement and thus, in their mind, achieve their ultimate objective of eradicating the PUL bonfire tradition.

Therefore, the obiter comments of Horner J far from resolving issues, will in fact create more contentious issues. This unfortunate escapade stands as a reminder as to why Judges should stick to the law and leave politics to the politicians.

It is incumbent upon political Unionism to make very clear that the comments of Horner J are inappropriate and an impermissible intrusion into political policy matters. Moreover, the purported guidance is of no force or effect and should be treated as it is; impermissible musings of a Judge who has sought to meddle in matters within the political domain.