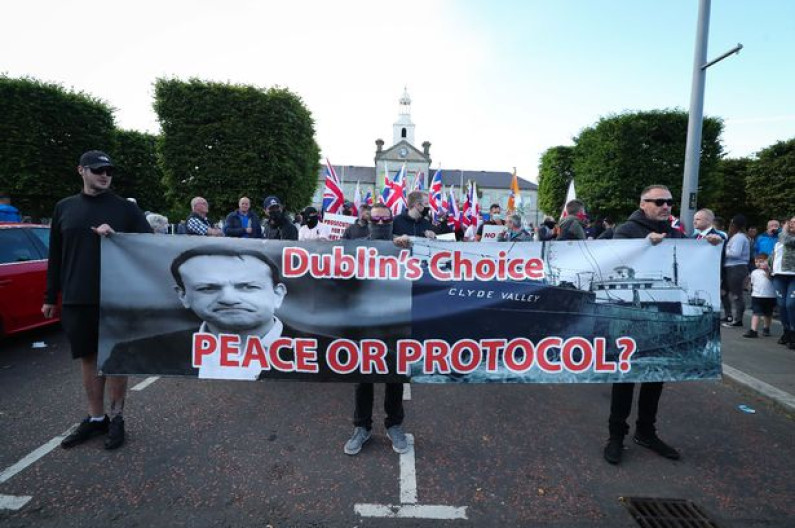 The DUP leader Jeffrey Donaldson has very clearly set out that it is the institutions or the Protocol, but it can not be both. That position should have been obvious to political unionism from the Protocol’s very inception.

The Belfast Agreement was always a deceptive snare, which sadly some unionists were unwittingly manipulated into supporting on the basis that the principle of consent secured the Union. Quite the opposite has been shown to be true; the principle of consent is no true protection at all because in the midst of a ‘process’ which is designed to change everything constitutionally- a symbolic protection for the last thing is of no value.

If you can change everything but the last thing, then the protection for the last thing is merely symbolic because by the time it comes to the formal hand over of the deeds, the substance of NI’s place within the Union will have been fundamentally altered.

This reality could not be more obvious; anyone that reads the judgement of Colton J in the Judicial Review against the Protocol can be left in no doubt. If you can repeal the very cornerstone of the Union- the Act of Union- without triggering the principle of consent, then it illuminates that the principle of consent is a chocolate fireguard.

That makes the UUP position all the more astounding. The party of Carson and Craig now purport to tell us the Protocol is not dismantling the Union. This is the most incredible utterance. The Union is the Act of Union; Article 6 of the Act of Union has been repealed by the Protocol (via the direct enforceability provision within the Withdrawal Act). Therefore, how can anyone, with a straight face, say the Protocol is not dismantling the Union?

The UUP position appears to be that in order to save the Union, we must accede to incrementally weakening it. It is a form of Belfast Agreement Stockholm syndrome whereby the embedded ethos is that unionism must give, and nationalism must get.

It appears the UUP will accept anything, no matter how egregious, so long as their precious Belfast Agreement (which is itself designed to dismantle the Union) is maintained. There is no humiliation too great, no price too high for maintaining the institutions. The UUP, it seems, have no red line- no point whereby they say enough is enough. It is trite to point out therefore that they are willing passengers on a one-way train to an all-Ireland.

That is concerning enough, however the UUP are not even content with being passengers on the ‘process’ train to a United Ireland; they want to speed it up with yet more North-South arrangements.

The Ulster Unionists seem to believe that the appropriate retaliation for the demolishing of East-West, the upending of the cross-community consent provision within their own precious Belfast Agreement and the fundamental altering of the substance of the Union, is to hand yet more concessions to nationalism and the all-Ireland agenda via some absurd idea of NI’s trade being regulated by a North South body. The Irish Government have no business in Northern Ireland; that, for any unionist, should be non-negotiable.

It was unsurprising therefore that Jeffrey Donaldson set about taking a different course. It was a step in the right direction; an acknowledgement that the knot is tightening- but not yet the cutting of the knot. That, inevitably, must come soon.

Pulling out of North-South institutions is again welcome, but this is something which should have happened long ago.

Crucially however the DUP leader recognised a fundamental reality; unionism have one card left to play- it is to leverage the institutions- which requires unionist consent- against the Protocol. They can have one or the other.

In light of Sir Jeffrey’s seemingly well-grounded warning about the risk of disorder returning; the implied message seems to be- ‘Peace or the Protocol’.

However, ending the Protocol isn’t enough. Once the institutions are pulled down, then there must be no unionist return to the status quo. The principle of consent must be properly embedded to protect the substance rather than merely the symbolism of the Union. The process must end, and we must have a stable settlement. Otherwise, Unionism will remain in peril perpetually.

Doug Beattie was right about one thing; some of us just want to wreck the Belfast Agreement. I am happy to own up to that, and debate the merits of that position with anyone. It is, and always was, a deceptive snare.

You cannot logically be pro-agreement and pro-Union, because the Agreement is designed to end the Union. You can read a substantive lecture on this subject HERE