A republican event in Londonderry has erected a sign seemingly mocking the atrocious murder of British soldier and hero, Lee Rigby. 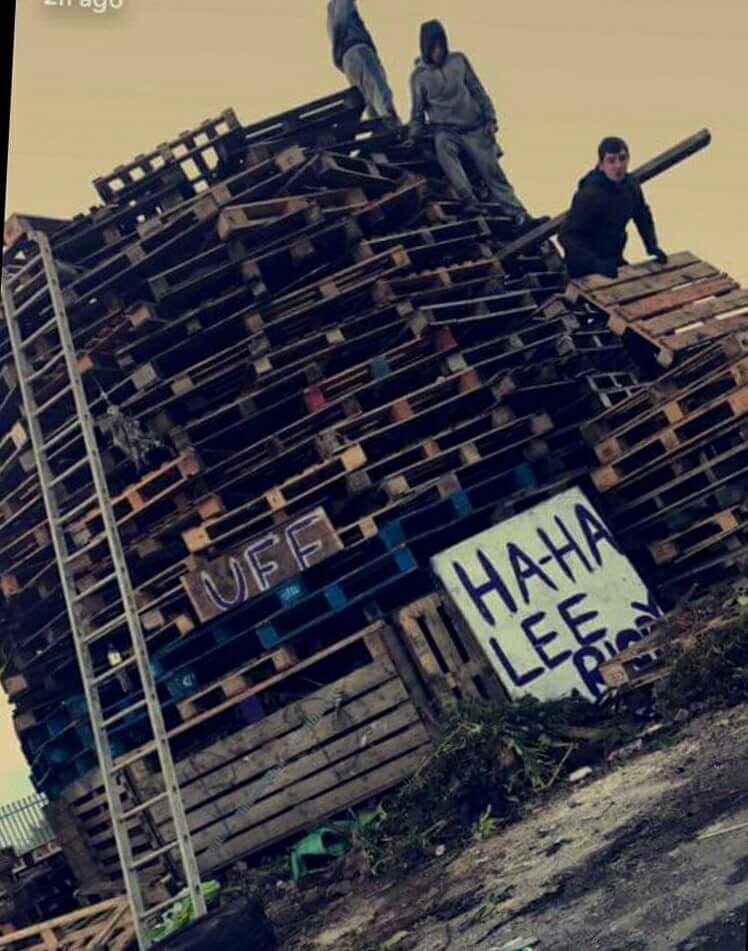 Sinn Fein, SDLP and Alliance have remained silent in relation to the republican hatefest in Londonderry, which last night seen innocent residents and the PSNI come under attack by a masked republican mob.
This stands in stark contrast to their daily condemnation of every aspect of Unionist culture.

Sinn Fein were today behind an Irish Language protest at Hillsborough. The protest, which was designed to manipulate the news agenda away from republican violence in Londonderry and other Sinn Fein controlled areas, targeted the Secretary of Stafe- despite the matter being devolved.

In a further attempt to clog the news agenda, Irish Language activists claimed that the failure of Unionism to capitulate to their political demands had left a vacumn of paramilitaries. This despite the fact that an independent panel found in 2015 that Sinn Fein are controlled by the still active and illegal terrorist organisation, the Irish Republicna Army.