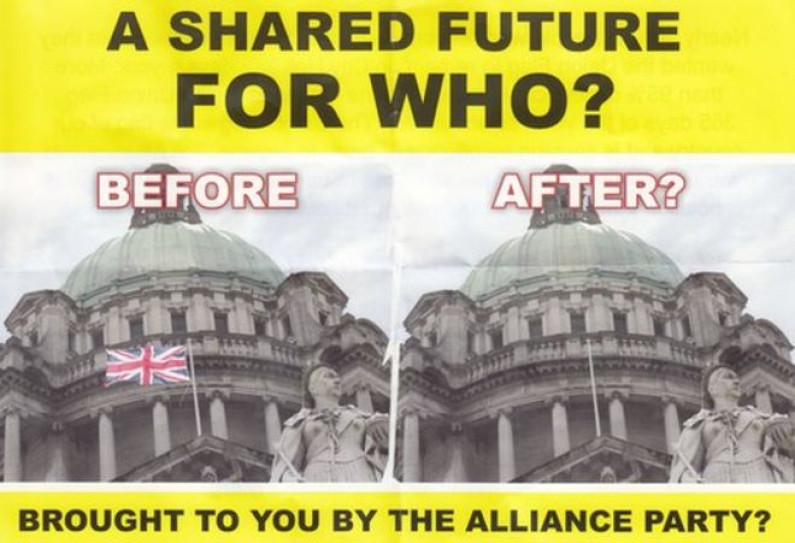 The Alliance party once again joined forces with Sinn Fein on Tuesday night, supporting an attempt to create a further republican ghetto in North Belfast.

Belfast City Council’s planning committee passed plans for a new retail venture at the Hillview Retail park on the Crumlin Road, creating up to 300 jobs. This was opposed by Sinn Fein and their allies in the pan-Nationalist coalition, the Alliance Party.

Rather than the exciting new job creation venture, Sinn Fein had sought  to turn the Hillview site into a social housing area as part of Sinn Fein’s strategy for encroachment into ‘shared spaces’, and eventually into traditionally Unionist areas in order to gain demographic supremacy within the new electoral boundaries.

This is the latest example of the Alliance party supporting an overtly republican agenda. Surprisingly however it is understood that prominent businessman and Sinn Fein supporter Gerry Carlisle is thought to have been in favour of the proposal to turn the site into a retail venture, which could include businesses and fast food outlets, creating up to 300 jobs in the local area.

Mr Carlile is extremely close to multi-millionaire and former Finance Minister, Mairtin O’Muilleoir. It is not clear what impact this split between Sinn Fein Councillors and the more affluent party supporters will have. Mr Carlile, it has been claimed, was forced to sell his stakes in the Rock bar following a dispute with a well-known republican family in relation to illegal bookmaking within the premises.

Sinn Fein were outraged that last night’s proposal was passed, with one of those present revealing that Councillor Gerry McCabe- who has previously sung IRA terror songs in Belfast City Hall- was “close to tears”.

It is also understood that Councillor JJ Magee continuously “played to the gallery” with erratic outbursts during the meeting. Magee was privately rebuked in a conversation between a former IRA prisoner on Belfast City Council and a senior Council officer in recent months. The IRA man remarked that Magee “never done a thing, but was the biggest cheerleader of all” and dismissed him as a “Magee the wannabe “.

Unionist Councillors have welcomed last night’s planning decision and the 300 jobs created for the local community.