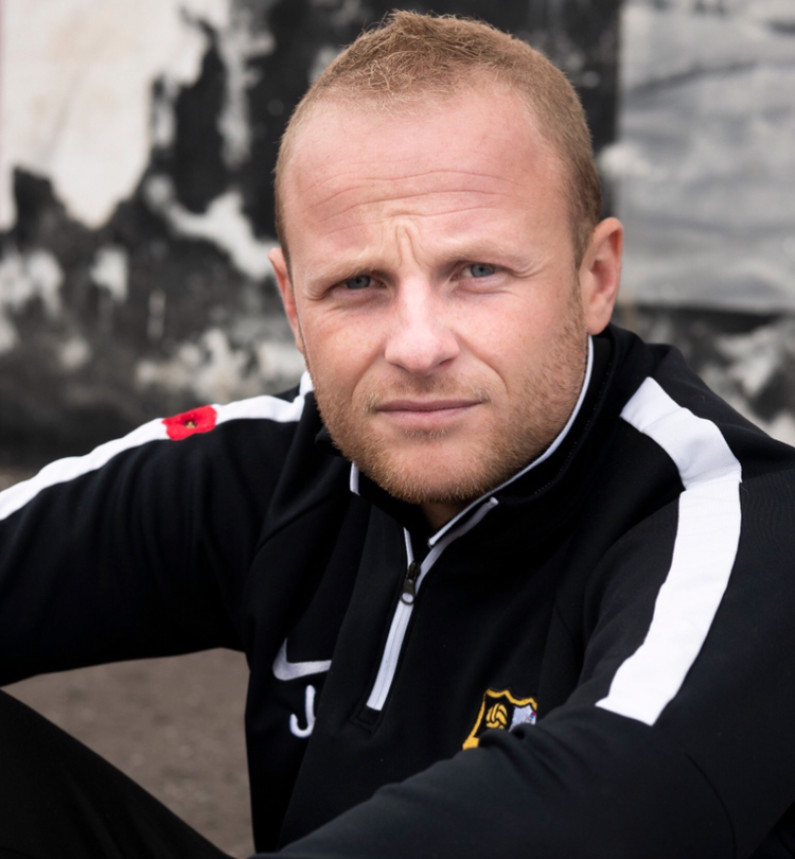 It is only now (Sunday) that I have had the opportunity to properly write about the events of recent days. The PSNI seized a laptop I usually have access too, and also the main computer from a communal office which I regularly work from.

The seizure of this computer was from the West Winds community office. It is a designated area of social deprivation in which residents rely heavily upon their community office for access to the internet and to assist them in many different ways.

The PSNI have tortured this community office in recent months, this despite there never being any illegal items found upon the premises and the group being regularly praised by statutory agencies.

This brings us to the real objective behind the PSNI’s latest activities and their targeting of deprived loyalist communities. They want to force loyalists to retreat into the trenches and to ‘back off’ from engagement in community activism, the media and civic life.

They believe if they squeeze hard enough that loyalists will throw the head up, shut down their community offices and go on the rampage. Then the PSNI can sit back and say ‘I told you so, that’s all these people are good for’. It is the same strategy they used when they invaded east Belfast with masked mercenaries, they wanted to provoke a reaction.

It goes all the way back to when Tony Blair said he would deal with the IRA (which he did with a constant stream of perverse concessions) and the Chief Constable would deal with loyalists. A criminalisation strategy at the heart of the Belfast Agreement.

The PSNI Task Force do not like scrutiny. They want a free hand to do whatever they please. They expect to issue statements to set the public narrative and for the media to blindly perpetuate their narrative. They think the media exist to act as an extension of the PSNI press office.

You may cast your mind back to the early days of the Task Force. They seized legal memorabilia and displayed it for all the media to marvel over. Loyalism challenged that via Unionist Voice, I called them out on that on mainstream platforms and eventually they were utterly humiliated by Kate Hoey before the Northern Ireland Affairs Committee. How many searches for memorabilia took place after that? None.

That is a prime example of what they despise; Loyalism having a platform to challenge them and present a counter narrative. They don’t like me because I occasionally get invited onto the mainstream media to offer an alternative viewpoint which is often critical of the PSNI. They don’t believe such a viewpoint should be allowed to be heard. They don’t believe that loyalists they are investigating- or briefing journalists ‘off the record’ about- should be allowed to have their narrative represented or to be treated fairly.

The PSNI will not drive loyalism underground. They will not force loyalists away from community development, from community activism, from using the law to hold them to account and most of all they will not succeed in trying to make any loyalists that articulate a counter narrative persona non grata in the mainstream media.

As a matter of fact I, and other loyalist activists, will be back at desks in community hubs at 9am tomorrow. We will be continuing to develop our strategic objectives, continuing to offer the media a counter narrative and most of all continuing to use every legal angle imaginable to hold the PSNI to account.

My arrest this week had two purposes. One was to try and make me persona non grata in the mainstream media because they want to shut down ‘unacceptable’ loyalism having a platform. The other was to seize my computers and notes for a fishing expedition. They have failed on both fronts.

The PSNI are unable to conduct their ‘trawl’ because materials are now sealed under journalistic privilege and they have to go through an independently assessed process to get access to the materials they have seized and explain how their search relates to the SIA investigation.

Therefore the statement issued by Bobby ‘the briefer’ Singleton was false, inaccurate, misleading and downright malicious. If the PSNI have ANY evidence, if they have even reasonable suspicion that I am involved in any paramilitary activity then why did they not seek a warrant to search on such a basis? Why have they not arrested me under the Terrorism Act?

Mr Singleton, who made headlines in recent years when his role in the PSNI was to pose as a male model nicknamed ‘gorgeous bob’, was then followed in the perpetuating of his false and malicious statement by the Chief Constable doubling down on their allegations.

Here we have the most senior police officer in the country prejudicing a live investigation by praising the ‘Good work’ of those tackling East Belfast UVF criminality. This astonishing intervention comes when no charges have been brought, no criminality identified and no searches or arrests in connection with any form of paramilitary activity. The Chief Constable has clearly predetermined the outcome of a supposedly fair and impartial investigation.

During over nine hours, the PSNI brought me into one interview. In this interview they simply asked me to identify which iPads belonged to my children and which laptops I use. I sought to explain the nature of my business, I asked them to go back and seize relevant documents such as a contract of services, my tax returns and invoices. They refused. They said they didn’t want any account from me, nor did they want to put any evidence to me.

I am sure many people struggle to take my word on this, but that is the truth and I have opened myself up to scrutiny. If I am lying I will be publicly shown to be a liar. I have given a public undertaking to publish the full contents of my interview CD, but the PSNI are refusing me access to the relevant codes. They are currently on notice that I require the codes, and failure to provide them will lead to immediate High Court proceedings.

This tape will shock all right thinking persons. You will also hear it being clearly said “this investigation is an SIA investigation solely about Door supervisors, the PSNI are only supporting it”. How does that square with the PSNI statement?

It is my understanding that no one has ever before been arrested in relation to Door supervision licensing.

George Hamilton has privately made disparaging remarks about me in correspondence within the past 24 hours. I have seen this correspondence. Perhaps social media should have a breathalyser feature, especially for those in senior public roles.

I had always thought George was committed to fairness and transparency, which is why I am confused as to why his officers- prior to ANY charge- tried to impose a condition upon me that would have prevented me telling ANYONE about my arrest and the investigation. This whilst the PSNI were simultaneously issuing false, inaccurate and malicious statements.

If George Hamilton wants to challenge the accuracy of anything I have said then he has a big platform to do so. I have released all documentation, I am fighting to release the full audio of the ‘interview. It is not me trying to hide things and suppress materials.

I have made myself open and accessible to all media and to any journalists that wants to inspect the relevant documents. If any media would like to come and ask me any questions at all about the investigation or about any other matter, then I have no problem engaging and there are no questions which are out of bounds. I will answer everything and anything to the best of my ability.

The PSNI continue to argue I am on bail pending further enquiries. It is the view of my legal team, and others, that I am actually released unconditionally by default. I refused to accede to their bail conditions and requested I be brought before a judge. I stated I did not want released and if I was released I would not be bound by the conditions they were offering.

They then suggested they would get an Inspector to sign bail on my behalf, I refused this and again reiterated if they wanted any conditions on me they should bring me before a judge.

They then argued they were releasing me anyway and I had been advised of the conditions therefore they are in effect. I don’t accept this, because this isn’t a case whereby someone has been passive or incapable of signing bail. It is a case whereby I have made extremely clear I am refusing their bail conditions and they have released me anyway.

This is a matter upon which I believe a court will have to adjudicate. If the PSNI wish to bring it to that stage then I am eager to be brought before a judge at the earliest possible opportunity whereby the PSNI- in open court- can set out their ‘case’ and the legal justification for preventing someone from telling ANYONE about their arrest, even in the absence of any charges being laid.

If a court imposes bail conditions on me, regardless of how draconian, then I will respect the law and abide by them and challenge them through the proper legal channels. I was previously held on bail for 3 years on what was at the time the strictest bail conditions for a summary offence ever imposed anywhere in the United Kingdom.

At that time the PSNI famously stood up in court and argued that a bail condition preventing me from being allowed to speak about political matters was necessary- for a case relating to summary only offence of unlawfully taking part in a public procession- because I had too many twitter followers. Yes, that really happened.

There are big questions for the PSNI. A substantial complaint to the Police Ombudsman will be submitted tomorrow (Monday). Given the nature of the complaint, and factual material that will act as supporting evidence, I would be astonished if Mr Singleton wasn’t at the very least stood down from his role in the Task Force, unless of course he has been engaging in his ‘off the record’ briefings and other questionable activities with the full approval of the Chief Constable.

I am not the one trying to shut down public discussion, trying to suppress material and running around trying to privately correspond with people urging them not to support me. Some people might not believe that a Chief Constable would engage in such activity. Well he has, and I have all the factual proof.

Why doesn’t some industrious journalist ask the Chief Constable whether he discussed my case privately with any person- who is not a police officer- on social media on Saturday 18 August 2018?

The PSNI tried what was little more than a fishing expedition and a smear campaign. It is rapidly becoming clear their ham fisted attempt is coming very close to backfiring spectacularly. The more desperate they become to shut down the farce they have started, the more legally questionable their methods become.

I do wonder what they will contrive next as a means of trying to extract themselves from a situation all of their own making?