Below is the text of a speech delivered by Lucy, a 19 year old loyalist, at the mid-Ulster Coalition rally against the Northern Ireland Protocol on Saturday afternoon. 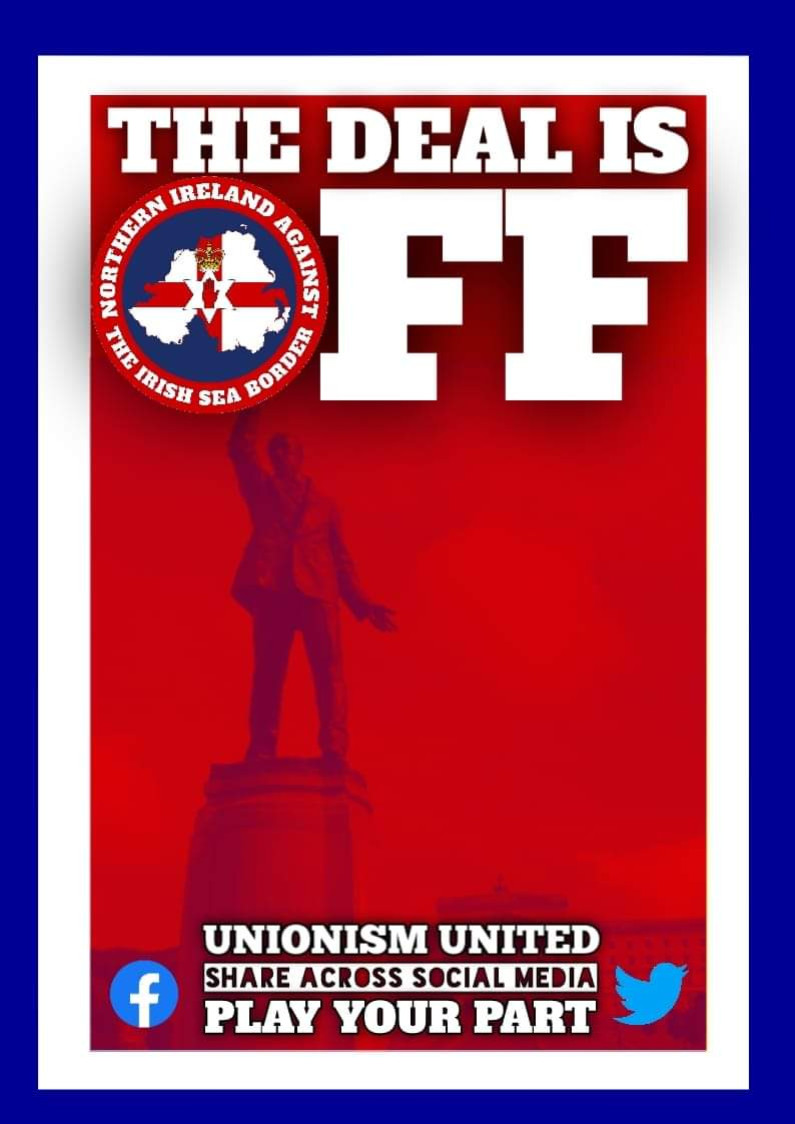 By Lucy, a 19 year old loyalist

Let’s hope the political representatives in attendance today paid attention to the words of a 19 year old female Loyalist wise beyond her years.

As someone who was born after the Belfast Agreement in 1998, I have been dismayed by the dismissive and condescending attitude shown recently towards my generation regarding our knowledge and contribution towards politics in Northern Ireland. Whether this ignorance is the latest tactical attempt at the deliberate ridicule of my community, or whether it is through a lack of basic knowledge and understanding, I feel the need to share with you all today what exactly Loyalism, Culture and Identity means to an ordinary teenage girl from the PUL community in Northern Ireland.

What is Loyalism?
Whilst the question in itself may be simple, it is by no means a straight forward answer because Loyalism can be many things to all people.
Loyalism to me is loyalty to my family, to my friends, to my community, to my country. It’s an appreciation for my heritage. It is civic unionism with a conscience, a bond between those who believe in the strength of the United Kingdom, the very Union which saw our forefathers through two World Wars and subsequent conflicts in The Falklands and the Middle East, and closer to home our parents and grandparents throughout the period of ‘The Troubles.’

Whenever I listen to media outlets I become angered to see Loyalists defined as criminals and gangsters. Loyal people are not motivated by greed or fortune. There is no room in Loyalism for those who hijack a flag for their own personal or monetary gain. It saddens me to see the media and politicians lambast an entire community and ignore the positive contributions carried out by many young Loyalist people. People like my friends and I who looked after the vulnerable within our estates during the pandemic or who take pride in maintaining our community’s appearance. Some of these same friends are hesitant to publicly label themselves as a loyalist because it is now commonplace to see the word ‘Loyalist’ unfairly associated with negative connotations. The failure of our political representatives to challenge this narrative at every opportunity only vindicates this mantra and condemns law abiding citizens like me.

Culture and identity are integral aspects to the PUL community. My culture has gave me some of the most enjoyable moments of my young life. Be it the friendships made at the local Eleventh night bonfire, the excitement of the bands on The Twelfth morning or the beaming smile and sense of pride on my grandfathers face as he marches with the Apprentice Boys on Easter Monday and in Londonderry. These joyous moments make up the very fabric of my being, and at 19 years of age I am concerned to witness my culture and identity come under constant attack. I feel like my British identity is being chipped away at every opportunity, with the proposed Irish Language Act the latest example of a political weapon designed to erode the British identity, MY identity, within Northern Ireland. A ‘like it or lump it’ attitude that has become all too familiar to the PUL community recently.

Despite what the NI Protocol may infer, I do not see myself as less equal than my fellow British citizens, whether they be from Portadown or Portsmouth. So if a child born after the Belfast Agreement can see that The Union is on life support, then it’s time our political representatives did too…