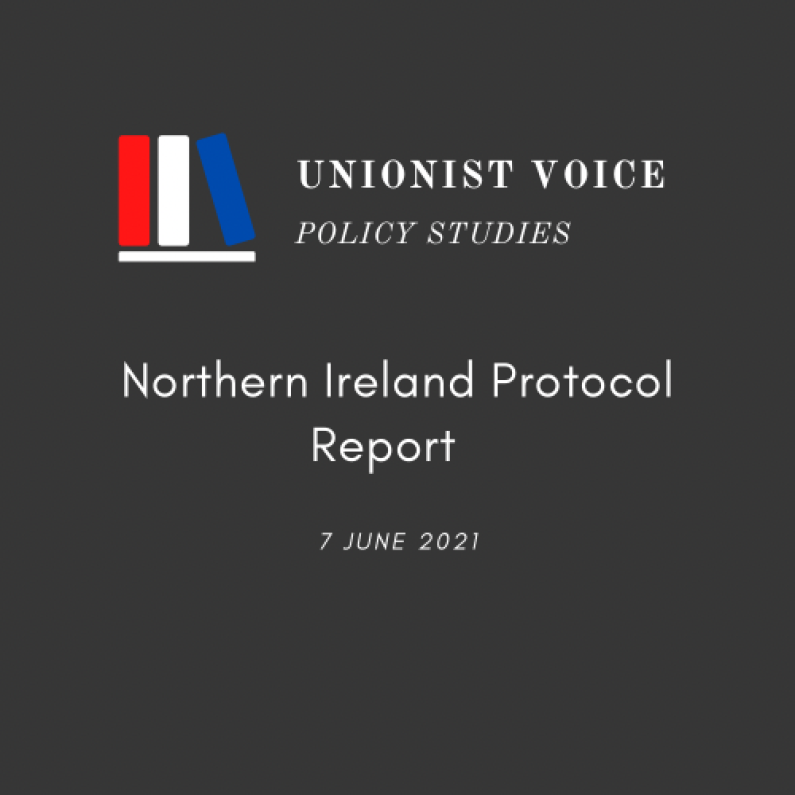 The newly released report on the NI Protocol calls for political and grassroots Unionism/Loyalism to work in tandem to create maximum political and societal instability via politically frustrating the continued operation of the institutions and engaging in a campaign of civil disobedience, especially throughout the upcoming marching season.

It supports the view that it is plainly necessary for the injustice of the Protocol to be resisted and a balance restored in order to protect peace in Northern Ireland.

Below are some extracts from the report, which alongside calling for a campaign of political and protest action, also explores in detail the unlawful nature of the Northern Ireland Protocol:

“ It is wholly illogical to expect Unionism to operate and progress within the confines of institutions which rest on the fundamental premise that Nationalism’s rights and protections must be treated as a holy writ, but those of Unionism can be dispensed with if they are an impediment to advancing Nationalism’s demands (such as the imposition of the Protocol). That is a wholly unworkable, unjust and morally repugnant system of Government.

“In a similar vein, grassroots Unionism and Loyalism in parallel to political instability created by political Unionism, can create maximum societal instability through a campaign of peaceful civil disobedience. Working in tandem, a powerful instability can be created which will bring home to the Government, the Irish Government, and the European Union that the Protocol is unsustainable.”