For too long rules and procedures have been a mere window dressing as local football has been run as the fiefdom of a select few. The governance is shocking, the transparency is about as clear as black smoke and the decision making is by default irrational. 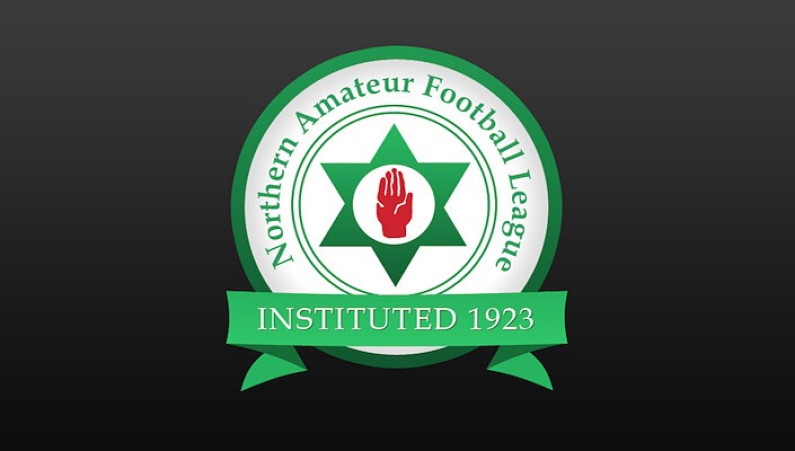 Amateur Football in Northern Ireland has descended into a farce. A long reigning cabal of chaos has presided over a procedurally incompetent process which has subverted all rules and procedures, and disproportionately disadvantaged clubs with something to gain or lose.

The Northern Amateur Football League (NAFL) kick started a campaign to end the season prior to lockdown even being announced. Without any consultation with clubs, the League Management Committee (LMC) ‘recommended’ to the IFA that the season should be terminated.

There was no consultation with any clubs; the die had been cast, and since that point the cabal at the heart of the NAFL has had only one agenda in mind; how to subvert procedures and manipulate clubs in order to arrive at their pre-determined destination.

The NAFL is controlled by a small cabal of football administrators who have occupied- like magical chairs- the top positions in the local game for decades. It is no surprise therefore that they have become accustomed to the privilege that attaches to their position, and with that privilege there has grown an arrogance and elitist entitlement.

The LMC cabal sneer at clubs, pontificating at league meetings as if club representatives are school children being reprimanded by the head teacher. Bizarrely, like some kind of stockholme syndrome, this has become normalised.

There is a fundamental flaw at the heart of it all; these people are put into position to serve the clubs. They administer our (the club’s) league and are put in place by the good grace of clubs permitting them to hold the positions they do.

However, a culture has grown whereby the prevailing narrative is that the clubs are bestowed with the honour of taking part in their (the cabal of administrators) league, and it is they who not only administer the season within the confines of the rules, but simply decide what the rules are as they go.

Never has it been more evident than the utter farce of the LMC’s handling of the season 2019/20. They finally- after already without any consultation recommending to the IFA to void the season- proposed a ‘poll’ on how to proceed; when it was pointed out that such a poll had no basis in the rule book and they were requested to outlined the nature of this ‘poll’, how it would be counted and what percentage was required- they simply ‘noted’ the request for information.

They bestow themselves with emergency powers when the Chairman, acting with another office holder, can make an emergency decision. They were asked for the minutes or written record of all such decisions; none exist.

Clubs have asked to see a copy of the accounts, which contains the club’s money. No such copies of accounts are provided to clubs. Why not?

Leaving aside the Alice in Wonderland procedures they concocted in their desperate pursuit to end the season; they then eventually came to their decision. They would (a) “finish” the season (apparently some scholar came up with the bright idea that there was a difference between “finishing” and “voiding” and this justified their making up their own rules) (b) they would promote only one team in this “unfinished season” and (c) they would scrap all league fees for season 2020/21.

Their decision to finish the season had no basis in the rulebook, indeed to implement such a change they would have been required to bring a resolution under Rule 21 and obtain a 75% majority. No problem to these cowboys, they simply decided they would make up a new rule.

Incredibly then they outdone themselves. Despite Rule 7 setting out clearly the criteria and procedures for promotion/relegation, the LMC decided (without any recourse to something as irritating as a rulebook, AGM or EGM) they would create their own new objective standard for when promotion can take place. That standard was if such an outcome was “mathematically certain” at the finishing point.

You may think that the Cartoon Network could not descend any further into their own fantasy land, but yes; they did. They then decided their new objective criteria would only be applied to one mathematically certain club, and not to any of the others who were mathematically promoted or relegated.

Now such a bizarre proposal could have been laid before the AGM under Rule 8; but again, why would the cabal of chaos worry about such a mundane matter as an AGM or the rulebook, they just made it up themselves.

And as if their arrogance and disdain for rules couldn’t get any clearer; they then unilaterally decided that there would be no league fees for season 2020/21. That is a lovely gesture, but given the league fees are set in stone at Rule 15.1, and could only properly be amended via an AGM, who precisely gave the LMC the power to take this decision?

All of this is subject to an appeal to the quasi-judicial IFA appeals panel. So last week we had a ‘Dear John’ letter circulated by the Chairman, which ended, rather pathetically, by thanking all those who appreciated their work. In other words; we are astounded anyone would dare challenge us elite chaps.

Then, on Friday night, an incredible social media outburst from another NAFL/IFA stalwart who referred to the appeals as “drivel”. This individual was incensed that any lowly club would dare challenge the wisdom of the cabal of chaos. When said individual was invited to pick the “drivel” apart line by line and justify the actions of his committee; he vanished.

For too long rules and procedures have been a mere window dressing as local football has been run as the fiefdom of a select few. The governance is shocking, the transparency is about as clear as black smoke and the decision making is by default irrational.

There is a remarkably simple point which should have been the guiding star of decision making; if you void season 2019/20, you disproportionately disadvantage or benefit those who have something to gain or lose. If, however, you curtailed season 2020/21, then you punish everyone equally.

If we follow their own logic; if season 2020/21 can’t begin until December (unlikely but let’s indulge them), then given they could only play half a season, by their own logic they would just void that in its entirety as well.
Regardless of the different opinions of the way forward, one thing is crystal clear; rules and procedures are there for a reason and a small cabal have no right, no power or no authority to either subvert the rules, or make it up as they go along.

This tolerance of the NAFL being run by a small cabal of arrogant dictators is what has emboldened such persons to behave as they have over the past 8 weeks. It is time for the dog to start wagging its own tail.