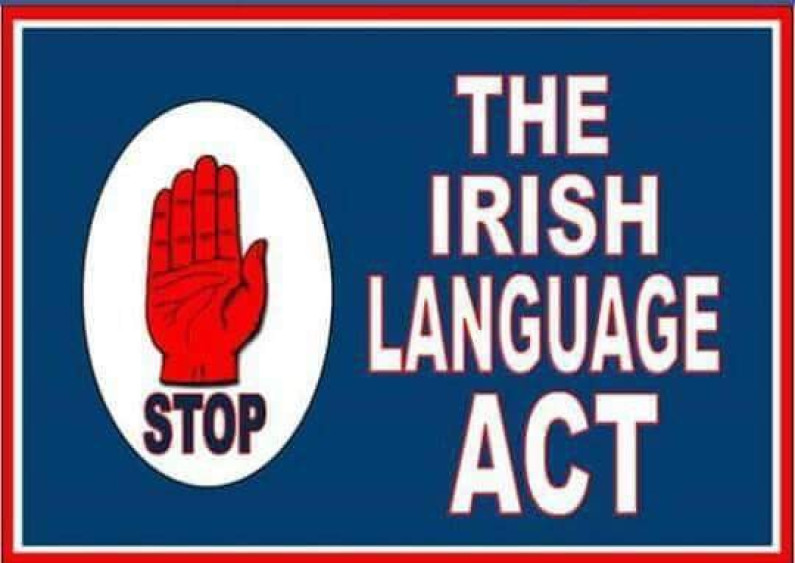 There has been much information, and misinformation, circulated within the past number of days. We at Unionist Voice feel it is appropriate to provide an outline, from our understanding, of the chronology of the deal unfolding, and who knew what.

It should be pointed out that this website was the first to raise the alarm within unionism on Sunday evening, and on Monday revealed an outline of the contents of the ‘deal’. We informed our readers that the DUP negotiating team would be told to ‘think again’, and so it has come to pass.

At the weekend the DUP negotiating team, specifically Simon Hamilton, felt they had a deal they could sell. As such members of the negotiating team briefed the media in line with their belief they had achieved a deal.

This deal, as accurately reported by Eammon Mallie on his site, included a stand-alone bill on the Irish Language, a bill on Ulster Scots and an overarching culture and respect bill. This would have granted Sinn Fein their ultimate demand of further legislative provision for the Irish language

The unionist negotiating team planned to brief their wider party that this deal only copper fastened provisions or Irish that were already in common usage, and therefore claim Sinn Fein had achieved nothing. The line agreed to push was “it’s what is in the Act that matters”. This fig leaf was designed to try and off-set the undeniable fact that the DUP negotiating team had surrender to Sinn Fein’s key demand for an Irish Language Act.

After this site published the details of the proposed deal on Sunday evening, grassroots unionism were outraged and collectively sent a clear message to their DUP elected representatives that any form of further Irish Language legislative provision was unacceptable.

As a result many DUP MPs and MLAs, who had not known of the detail of the deal, committed on Sunday evening to derailing the deal. This was a commitment given by many MLAs and MPs privately to constituents on Sunday evening.

The DUP negotiating team had a meeting scheduled for 10am on Monday morning with their elected members. At this meeting the detail of the deal was not provided, instead MLAs were told that it was to be kept private between the 6 person negotiating team and that any deal would be brought to the party for ratification.

It was made clear in this meeting, and generally, that DUP MLAs and MPs were not willing to accept this deal and many felt that Simon Hamilton had sought to lead the way in terms of bouncing Arlene Foster into accepting this deal. It is for this reason, as ‘punishment’, that Simon Hamilton was sent out alone to clear up the mess that many within the party felt he created by virtue of trying to push a deal, and briefing the media in regards to this.

On the Jeremy Vine Show on Thursday lunchtime, Jude Collins referred to the Irish Language as a “whale” that could be made “extinct”. Mr Collin’s also stated unionism, by virtue of the DUP, agreed to an Irish Language Act in the St Andrews Agreement. Let us address those points.

It is now clear it is time to move to Direct Rule. Many Nationalists are now demanding some form of joint-authority. This, of course, is simply bluff and bluster. The British-Irish agreement, that nationalism demand is protected in all its parts, makes very clear that full sovereignty rests with the United Kingdom parliament. The Irish government can make suggestions and put forward ideas, but that is as far as it goes.