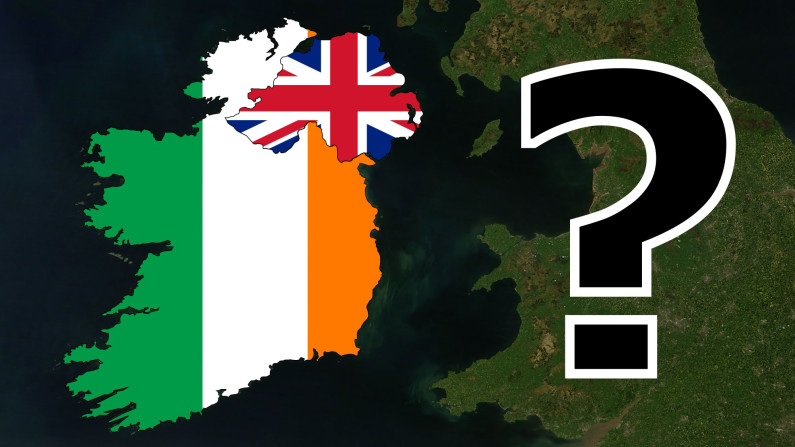 Even the most casual political observer will have noticed in recent weeks how the DUP have been subtly trying to move themselves towards a historic climbdown. They have sought to turn the Titanic in a bathtub and hope that no one noticed.

Strategists in the appeasement wing of the DUP, led by the chief pragmatist Timothy Johnston, are gambling that the majority of the grassroots unionist community will be so confused by all the technical terms and talk of ‘solutions’ and ‘arrangements’ that no one will notice the wallpaper being subtly changed.

This approach echoes the kind of arrogance that underpinned Nama and RHI, a belief that people would be simply too stupid to notice as the matters were too technical and confusing. The unionist people aren’t fools and the DUP should stop trying to treat their electorate like mushrooms.

Let us set it out quite plainly- a backstop is an economic United Ireland. It would see Northern Ireland gradually carved off from the United Kingdom via increasingly diverging on customs regulations. Crucially a backstop would ensure that Dublin had a greater say over some of the laws and regulations to be applied to Northern Ireland than London. It would, quite literally, be Dublin rule.

The DUP of course know all of this. Indeed, they have spent the past year saying precisely the same things that have been articulated by the likes of this website and Jim Allister MLA, outlining how no self-respecting unionist could ever support the backstop. The unionist people could therefore be forgiven for watching with some amazement as Arlene Foster has increasingly diverged from this position and has now arrived at the point where the DUP, apparently, would accept a time limited backstop.

Think of the logical somersaults required to arrive at the DUP’s current intellectual wreckage. The whole basis of the unionist opposition to the backstop is that it mutilates the constitutional position of Northern Ireland and would enhance all-Ireland harmonisation to the point of seeing us subsumed into an economic United Ireland.

Arlene Foster herself has said that the backstop, even if only applying to some regulations, would incrementally be used as a vehicle for further divergence from the UK. Logically therefore a time limited backstop would provide exactly the same vehicle to be used to the detriment of the union.

The new DUP position is an act of vandalism on the union. It is offering up a time limited economic United Ireland, based on the premise of a backstop that the DUP said no self-respecting unionist could ever accept.

Do the appeasement wing of the DUP believe for one moment that the Republic of Ireland or their European Union masters would, on a time limited basis, voluntarily agree to infrastructure on the border as a nice little compromise?

Of course, they wouldn’t- so you have two diametrically opposed objectives and one side would refuse a compromise, yet here we have the DUP offering up nationalism’s- and by extension the EU’s- key demand on a time limited basis. To call it an absurdity would be to give it more credence than it would ever deserve.

The United Kingdom is leaving the European Union. That means leaving the customs union, the single market and the jurisdiction of the European Court of Justice. To remain aligned to any of those three key tenets of the EU’s tri-partite structure is to remain, in practical terms, in the European Union in defiance of the democratic will of 17.4 million British people.

If we assume that eventually, in defiance of the liberal elite establishment trying to thwart the will of the people, the UK will leave the EU then that brings us to how that affects Northern Ireland.

If we are an equal part of the union, then we leave as one with the rest of United Kingdom. That means Northern Ireland will be outside of the customs union and single market, and therefore all-Ireland harmonisation will be impossible. So, a border, of some sort, will be necessary.

If Northern Ireland diverge, in any shape or form, then that weakens the union. If we remain in the customs union, single market or otherwise aligned then we would be subsumed into the economic United Ireland envisaged by the backstop.

It is worth point out that even those within the unionist community that supported the Belfast Agreement did so on the basis that it was a settlement and the union was secure. Indeed the loyalist ceasefire in 1994 was predicated upon the core premise that ‘The Union is safe’. It is a basic observation to point out that position does not sit easily with an economic United Ireland.

It is clear therefore this is a binary choice which finally brings us to a day of reckoning for the constructive ambiguity of the Belfast Agreement. We are either a sovereign part of the UK, which means we will be separated from the Irish republic by a customs border, or we are to be carved off from the UK, which means we are on a phased approach to a United Ireland. It can only be one or the other, there is no compromise position available.

The RHI report is coming down the tracks. A strong Arlene Foster standing strong for the union and refusing to bend, or compromise will have the support of the unionist community, and by extension her party.

If, however, we are to go down the Peter Robinson road of appeasement and feeding the concession meter, then its entirely likely that the RHI report will be for Arlene Foster the same kind of watershed moment as Nama was for Mr Robinson. It would divide her party, with some senior members already looking at the words of the DUP leader in the past two weeks and wondering whether it may be time for new, stronger, leadership.