The public revelations surrounding the late Willie Frazer will come as no surprise to anyone who was close to him. The surprise, perhaps, was that Willie chose to permit this information to be made public, presumably on the understanding it would not happen until he had passed away. 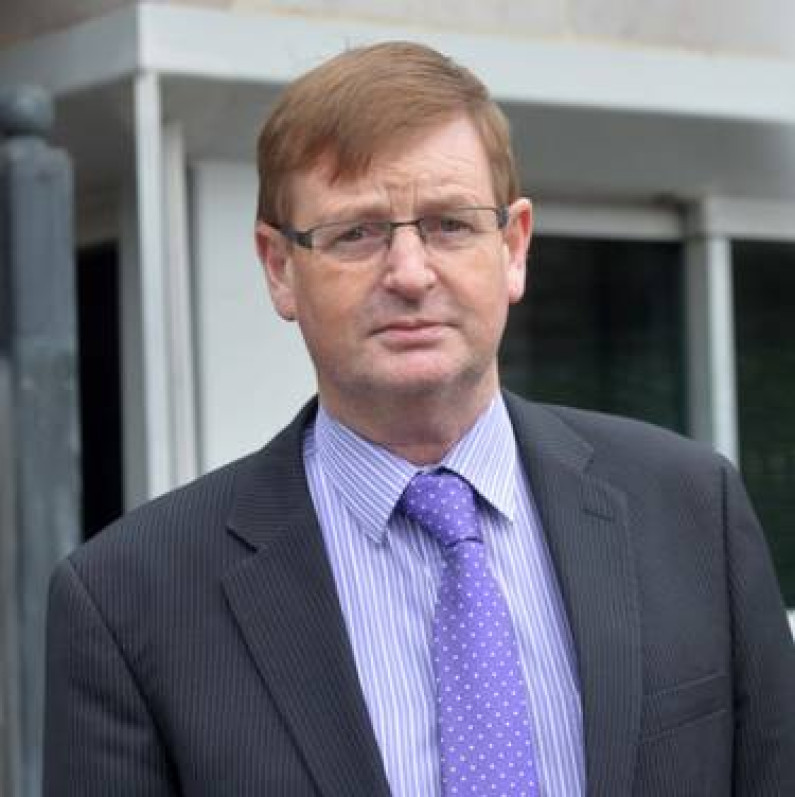 In my opinion Willie Frazer would have never wanted to be remembered for the stunts or the controversies over Facebook videos or comments. He often said to me “it takes a wise man to act the fool. Those who talk the most about what they did against the IRA usually contributed the least”.

Willie Frazer was no fool, and no keyboard warrior. Perhaps he wanted to be remembered for what he was and for what he really believed- namely that the Protestant people had a right to defend themselves against the IRA. It was always notable in my mind that at times when even some of our community joined in the mocking of Willie Frazer, senior loyalists never joined in. Indeed many privately expressed their respect for Willie and the man he was. They knew the calibre of the man; it takes a wise man to act a fool.

I do not believe Willie would have ever condoned or supported the murder of innocent Catholics, such as at Sean Grahams or Loughinisland. He made a distinction between innocent people, and IRA terrorists. I have no doubt that the motivation for the contribution Willie made was about assisting loyalists in fighting back against the IRA, not to enable the killing of innocent Catholics.

Indeed the UVF, UDA and RHC themselves in their 1994 CLMC ceasefire announcement expressed “abject and true remorse to all innocent victims”.

Some will make the criticism that regardless of Willie’s motivation that ultimately some of the weapons may have been used in unjustifiable attacks on innocent Catholics. That is something Willie would never have wanted but if that did happen- and I do not know- then that was something he had to live with. Let us however remember the context of the time. Protestants were being slaughtered by the IRA, the state was incapable of protecting our community and it presumably seemed to many at that time that the only way to make the slaughter stop was to terrorise the terrorists. That was the underlying premise of Ulster Resistance.

Already we have had the self-righteous virtue signallers taking to social media to pour their scorn upon William Frazer. The SDLP leader Colum Eastwood wants me banned from the BBC for refusing to condemn Ulster Resistance. This is the same man that carried the coffin at an INLA funeral and whose party named a playpark after IRA terrorist Raymond McCreesh. Does Eastwood similarly want other republican commentators who refuse to condemn the IRA, or to the label the Shankill bomber a terrorist, banned from the BBC? Of course not.

We continually have the glorification of the IRA, tolerated by the great and the good, yet when anyone would dare to point out that loyalists had a right to fight back, suddenly there is moral outrage. Welcome to the unbalanced legacy narrative.

I have always been crystal clear in my own personal views. Loyalists had a right to fight back against the IRA. I form that moral judgement from a distance; I didn’t live through it, so therefore my view is formed upon my own moral judgements, which admittedly are arrived at from the comfort of living for the majority of my life during a time of peace.

I don’t think anyone would support or condone the killing of innocent Catholics, which is entirely different than using weapons to target the IRA. If you want to call yourself an army and shoot at people, then you cannot really object when your targets fire back at you. I surmise that was the thrust of Pastor Halliday’s point in the video he published this morning.

Spotlight, I understand, also features Sir John Stevens making clear that in fact Brian Nelson did not import any guns from South Africa. That sort of demolishes the narrative that state agents imported the 1987 arms shipment. If anything, they tried to stop it once the plan was leaked. Indeed my understanding is that the loyalist in charge of the Ulster Resistance part of the shipment had been encouraged by friends in the Army to take the weapons a particular route, however believing that in fact the Army was planning on seizing the weapons the individual wrong-footed the waiting patrols and went an entirely different direction. Hence the majority of Ulster Resistance weapons were never recovered, and indeed some would suggest that many remain hidden to this very day.

The theme of ‘collusion’ has been a constant part of republican efforts to rewrite the past. The widow of Pat Finucane, a man who has had more inquiries and investigations into his killing than any person killed during the troubles, appears to suggest on Spotlight that the Prime Minister of the day was responsible. I had recently said in an article that nationalist legacy activists would never be satisfied until they hear that Maggie Thatcher was the getaway driver and Prince Charles was the gunman, I didn’t realise how close to the truth this tongue-in-cheek comment actually was.

We all have our own viewpoint on legacy, some- like me- from the vantage point of never having experienced it, and others from the point of having lived through every day of it. If my father and numerous members of my family were murdered by the IRA would I have wanted to fight back? Absolutely.

To any of those within unionism who would dare judge Willie Frazer today, remember you never walked a day in his shoes. It is easy to condemn those that returned fire, when no one ever fired at you or your family.

Spotlight reveals nothing about Willie Frazer that is new to me. I spent a couple of weeks locked in a tiny cell 23 hours a day with the unionist victim’s campaigner. We shared much about each other and our views of the world, past and present.

If anyone wishes Willie Frazer was still here so they could put the allegations to him and ask him why he did what he is reported to have admitted to doing, then you can find your answer in the Protestant church graveyards of South Armagh, and engraved on a headstone at the side of a lonely country road dedicated to James Albert Frazer. That was his Dad, shot in the back of the head by the IRA.