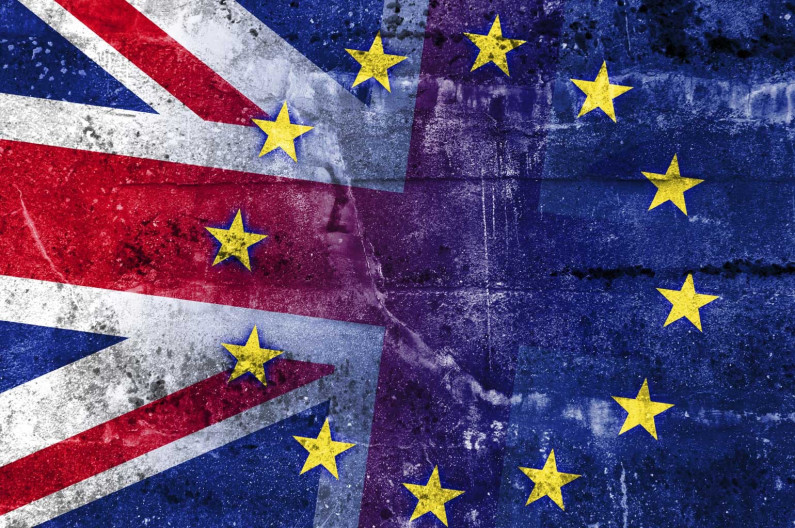 The Irish Times have today published an article by Matthew O’Toole, the former chief press officer for Europe and economic affairs in the prime minister’s office. In it he falsely claims that the Belfast Agreement constitutionally binds the United Kingdom to Europe. You can read it HERE

In this piece Mr O’Toole appears to assert that the Belfast Agreement ‘smudged the boundaries’ between nation states. This, naturally, would lead the writer to conclude that there is some ambiguity about the status of the Northern Ireland border. This confusion is fed by the all-things-to-all-people nature of the perverse Belfast Agreement, but even that morally reprehensible capitulation to republican terrorism is remarkably clear on the question of sovereignty.

I personally believe that Unionism should deploy the leverage currently available and become persuaders for a repeal the Northern Ireland Act 1998 and withdrawal from the British-Irish treaty, especially in light of the increasingly aggressive Irish Government attempts to undermine the sovereignty of Northern Ireland.

This, in my view, is the solution to the somewhat contradictory commitments made by the British Government. The Belfast Agreement makes committments in relation to North-South co-operation, which appears to have been further emboldened by paragraph 49 of the UK-EU ‘deal’. The Belfast Agreement, and paragraph 49 of the monstrous UK-EU ‘deal’ are then completely contradicted by  paragraph 50 of the same deal, which makes clear that there will be no internal borders within the United Kingdom.

Full regulatory alignment between Northern Ireland the Republic of Ireland would, by necessity, cause there to be regulatory divergence between Northern Ireland and the rest of the United Kingdom. This would be constitutionally absurd and lead to a def-facto economic united Ireland. Unless, of course, the ultimate plan is to completely betray the will of the British people by keeping the entirety of the United Kingdom within the Customs Union and Single Market.

However, the circle of constitutional contradictions could be squared, as aforementioned, by quite simply tearing up the Belfast Agreement. It has failed and will continue to fail. Withdraw from the British-Irish treaty underpinning the agreement and, by a majority in Parliament, repeal the Northern Ireland Act 1998.

The Belfast Agreement is one of the greatest threats to the constitutional integrity of the United Kingdom that we are ever likely to see. It has provided an all-Ireland dynamic that is fed by a continuing concession meter, designed to ease Northern Ireland, by stealth, into Dublin rule.

It is in this context that Irish Government have sought, as many anti-agreement unionists always warned they would, to use the Belfast Agreement as a Trojan horse, forcing Irish unity via the backdoor. Their latest contribution is to suggest some kind of ‘joint authority’ in the absence of an Executive. This ludicrous proposal only emboldens the wreckers of Sinn Fein. Why would they go back into the Northern Ireland Executive when the Irish Government is dangling the carrot of joint authority- a key republican staging post- as a reward for their intransigence?

There will be no joint authority over Northern Ireland. This has already been made clear by the UK Government, but apparently no matter how many times it is said, the Irish Government and nationalism refuses to hear it. Again, another reason why the Belfast Agreement needs to go in the bin.

The general point put forward by Mr O’Toole, and reflected in the headline, is that the Belfast Agreement binds the UK to Europe in regards to Northern Ireland. This is quite plainly factually incorrect. This very point, and indeed almost every conceivable variation of it, was tested in McCord’s (Raymond) Application [2016] NIQB 85. The Northern Ireland High Court dismissed this challenge on all grounds.

Whilst many parts of the judgement expressly refute the assertions put forward by Mr O’Toole, it is perhaps most succinctly dismissed in paragraph 152, which states the following;

“The court is not aware of any specific provision in the Good Friday Agreement or in the 1998 Act which confirms the existence of the limitation which the applicant contends for and which establishes a norm that any change to the constitutional arrangements for the government of Northern Ireland and, in particular, withdrawal by the United Kingdom from the EU, can only be effected with the consent of the people of Northern Ireland.  Nor can the court identify material which would cause it to imply any such limitation.  This is not, in the court’s estimation, surprising as if such a limitation exists, it would be reasonable to have expected this to have been highlighted in the run up to the referendum held in June of this year.  The proposition for which the applicant contends would, it seems, have the most unusual result of requiring a second referendum on the issue of EU membership to be held in Northern Ireland within a short time of the people of Northern Ireland having gone to the polls in respect of the same issue in a national referendum where the national outcome was in favour of withdrawal.”

There is quite simply nothing in the Belfast Agreement that binds the UK to Europe. Therefore the whole premise of the piece by Mr O’Toole falls apart, especially in light of this matter already being adjudicated upon by the High Court.

Whilst the whole basis of the piece is inherently flawed, it does helpfully shine a light on the contradictory nature of the iniquitous Belfast Agreement. This, one would hope, may go some way to strengthening the argument for repealing the Northern Ireland Act 1998.