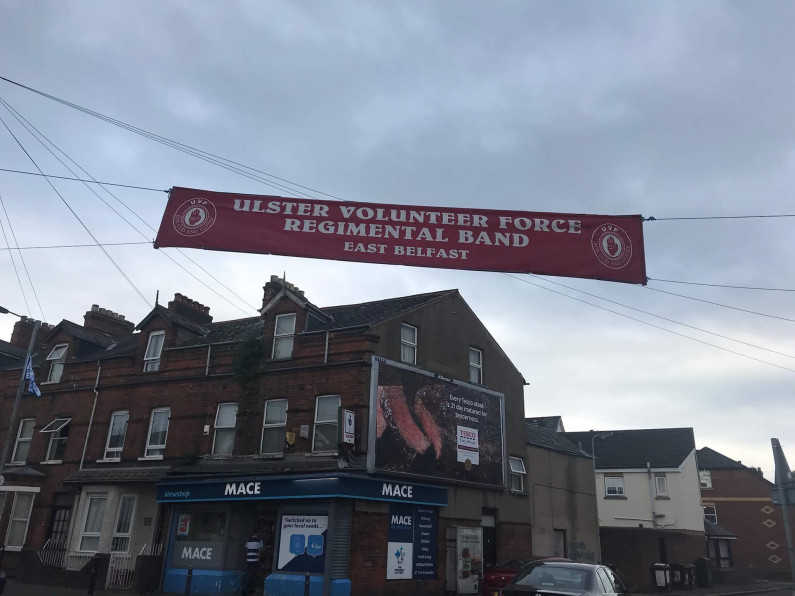 In their latest gaffe, stemming from their insatiable desire to attack every vetsiage of British identity, the Alliance Party have slammed a banner highlighting the renowned and award winning Ulster Volunteer Force Regimental band and labelled it as a “paramilitary” banner.

The Alliance Party have once again stepped up their never ending war on every aspect of unionist culture by reporting to the PSNI an Ulster Volunteer Force Regimental Band banner.

This perfectly legal banner, highlighting the regimental band of the Ulster Volunteer Force 1912- who are a well renowned band regularly invited to play at high profile public events- has been described by Councillor Armitage as a “paramilitary banner”.

The Regimental band have previously taken part in a number of high profile WW1 commemorations and are known as one of the most dignified and professional marching bands in Northern Ireland.

This attempt to demonise and slur an award winning musical band is the latest in a long line of despicable attacks on the unionist community by the increasingly overtly nationalist Alliance party.

Councillor Armitage has reported the entirely legal banner to the PSNI. He is evidently jumped the gun without finding out the full facts and as a result has made a complete fool of himself and the anti-unionist Alliance Party.