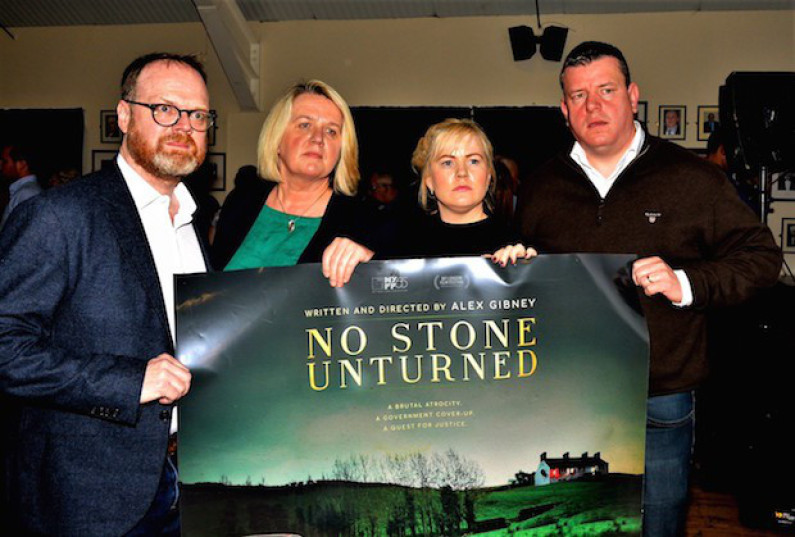 The legacy litigation battle reaches a key battleground in January, when former RUC officers will seek to have the widely discredited Police Ombudsman report into Loughinisland quashed.

Loughinisland has been the focus of intense republican propaganda in 2017, with legacy litigators- some of whom are Sinn Fein campaigners- continuing to promote an overtly political agenda in terms of fixing the narrative of the past.

These legacy litigators work closely with arms-length Sinn Fein ‘justice’ groups in order to promote the ‘collusion’ narrative. The core aim of such an approach is to justify the IRA’s armed campaign and demonise the state. All this is done not for the benefit of victims, but by using victims to advance a political objective.

Further than this, films have been made promoting this one sided narrative, such as the 2017 production ‘No Stone Unturned’. This film was based on a stolen unredacted version of the Police Ombudsman Loughinisland report, yet despite this fact the Police Ombudsman himself took part in panel discussions and attended screenings of the film.

There are also intriguing links between some of those intricately involved in legacy cases and the film making companies that produced the Loughinisland film, and other films that have been described as IRA propaganda. It appears that there very well may be a commercial interest running alongside seeking ‘justice’. If this is the case, then this is an appalling use of victims for self-gain.

If the Loughinisland report is quashed, as it surely should be, then the door swings open to target every Police Ombudsman’s legacy report. Given the recent judgement effectively changed the definition of ‘collusion’, the door would be open to challenging other legacy reports under exceptional circumstances. This, surely, must be a priority for unionism in 2018.