A High Court judge has today deferred judgement on whether to quash the Police Ombudsman’s findings in relation to his investigation into the Loughinisland massacre. The delay comes after the IRA’s former solicitor of choice, Barra McGrory QC, argued that there was a perception of bias. 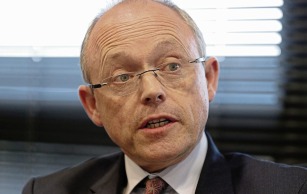 Upon hearing the fact that Barra McGrory QC had the audacity to argue bias, given his previous endeavours, many unionists gasped.

Nationalist legacy activists, who have hi-jacked the innocent victim’s case for political purposes, launched a last ditch attempt to save their ‘collusion’ narrative by using surrogates to spread false and malicious rumours about High Court Judge, Mr Justice McCloskey.

The appalling attempt to discredit the High Court judge, for political purposes, takes on an even more absurd twist when it becomes apparent that the lead counsel for the Police Ombudsman is none other than Barra McGrory, a man that displayed more than ‘unconscious bias’ during his time as Director of Public Prosecutions.

The real motive behind the attempts to remove Mr Justice McCloskey from the case is to have the case transferred to Mr Justice Treacy, a judge with well known nationalist sympathies and who has at times acted as a legacy activist from the bench.

Once again prominent IRA members and Sinn Fein activists attended the court to hi-jack the cause of the innocent families for their own political purposes. The families solicitor, Mr Niall Murphy, is a Sinn Fein activist who has canvassed for the party and is also commercially linked to the company that made the ‘No Stone Unturned’ documentary. 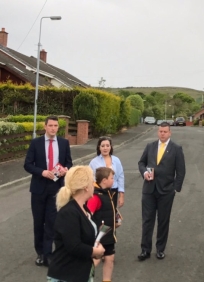 As previously mentioned Barra McGrory QC is representing the Police Ombudsman. Mr McGrory QC is one of the most controversial legal figures of recent times, with many unionists believing that he used his role as DPP to push an overtly republican agenda. Prior to his appointment Mr McGrory QC was the solicitor of choice for Sinn Fein and the IRA.

The Police Ombudsman himself is under investigation by the Department of Justice for his role in the commercial ‘No Stone Unturned’ Loughinisland documentary.