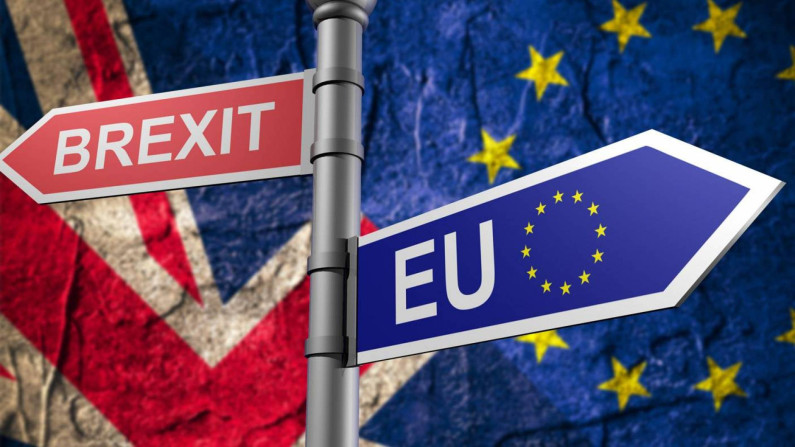 The great lie that has pervaded throughout the Brexit debate in relation to the Northern Ireland border is that the ‘peace process’ would somehow be affected by Brexit itself, or the imposition of what has become known as a ‘hard border’.

We have seen almost every Remainer from Tony Blair to John Major, and most recently George Mitchell trotting out the tired old spoof that we must not endanger the ‘peace process’. Kate Hoey, Owen Patterson, Daniel Hannan, Ian Paisley, Jim Allister and others have been accused of the seditious crime of anti-peace process rhetoric, but what does ‘endangering the peace process’ really mean?

Does it mean that in order for there to be peace, that we must acquiesce to the policy of the ‘process’? Does it mean therefore that you cannot have peace, without the process?

So what is peace? Well, it is the absence of violence. It manifests itself in the form of ceasefires being called by loyalists and republicans, and the decommissioning of weapons.

The question therefore is this; is ‘peace’ dependent upon the political ‘process’? Let us explore that.

If peace, which as we have already determined is the absence of violence, is dependent upon the ‘process’, which we have determined is made up of a treaty, political agreement and government policy, then does this not lead us to the situation whereby the democratic system, and British Parliament, has to shape policy to appease those that are only committed to peace in so far as the ‘process’ suits their ends?

It is the antithesis of democracy for those who would threaten violence to be granted veto over the political process. The extension of such a perverse situation is that anyone who challenges government policy, or the ‘process’, is endangering peace. And why are they endangering peace? Well because in the realm of the ‘peace process’, government policy must be shaped to appease those who would abandon peace if they did not get their own way.

If we are to boil it right down, protecting the ‘peace process’ means that the British Parliament must only pursue policy as far as those who would threaten violence deem appropriate. Pursuing a different policy, which differs from the demands of those who would usurp peace, would therefore be seen as endangering the peace process. And so we arrive at the point whereby policy, politics and democracy itself operates with a gun to its head. The veto of violence has to act as an active consideration in every government decision, policy or legislative provision.

It is clear therefore that the ‘we must protect the peace process’ argument does not stand up to the most basic scrutiny. It is used as a moral trump card, in the form of insinuating that anyone opposed to the process must be anti-peace, to shut down debate and force people to shy away from confronting policies or agreements pertaining to Northern Ireland, when such discussions would be disagreeable to those wielding the veto of violence.

Peace should be a given, a core principle. Democracy cannot operate on terms dictated by those who otherwise will engage in violence. That is appeasement, that is wrong and that is a moral stain on democracy.

Therefore when the tried and tested ‘moral trump card’ is wheeled out in an attempt to shut down debate on Northern Ireland, simply ask the proponent of such a sentiment three very simple questions;

If there is an answer to (1) then it is those persons who are holding a gun to the head of democracy, and if yes to (2) or (3) then quite clearly the advocate of such demonstrates that peace only exists on the basis that democracy is shaped to appease the terrorist. And well, if that is the case then our whole British way of life, and the integrity of the British Parliament, hangs in the balance.

It is time to untangle ‘peace’ from the ‘process’. Let us all wholeheartedly commit to peace and democracy, for when we do that then who would be left to endanger the peace?