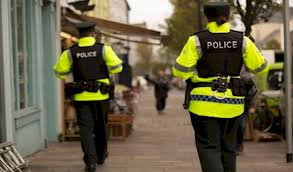 The PSNI are investigating a number of social media accounts linked to serving officers. This comes after one officer is potentially facing criminal proceedings for trolling a suspect in a case in which they were the investigating officer.

The current investigation extends to allegations that PSNI officers not only abused and trolled a wide range of individuals, including the LGBT community and children in care, but also leaked sensitive operational PSNI information. This allegedly ranges from crime scene photographs to explosive allegations that the officers were using their accounts to pass on information in relation to the whereabouts of an IED before the PSNI had even mobilised units to deal with the device.

Some of the accounts posted images from within PSNI stations and custody suites, and also provided minute by minute accounts of ongoing PSNI operations.

The depth of confidential information leaking out from the PSNI has the potential to explode into a massive controversy. It is also deeply concerning that these accounts have been allowed to operate unhindered for up to two years and it is only following a number of complaints that the PSNI are now taking action.

One of the key concerns is around the level of access that those behind the accounts appeared to have. It has been pointed out that a local officer would only have information relating to his own area, whilst some of the accounts had up to date information from across the province. It is claimed that only a Gold command officer or a call handler working out of the PSNI’s central unit would have access to such a wide spectrum of operational detail,

Allegations have circulated on social media in recent weeks around the identity of the officers. It is not confirmed whether the PSNI have made any arrests of serving officers or civilian staff at the time of publication, however social media rumours suggested that the individual behind one of the accounts had been arrested on Sunday evening.