Today’s announcement of a large scale PSNI operation against individuals that are alleged to be involved in the ‘North Belfast UVF’ comes as the Red Hand Commando made an application to be de-proscribed.

This application will, of course, be a matter primarily for the Northern Ireland Office and the Secretary of State, not the Home Office.

Regardless of the varying opinions across society in Northern Ireland in relation to the Red Hand Commando application, it is somewhat of a coincidence that the PSNI chose to raid homes and properties- seemingly with remarkably accurate intelligence- on the very day of this application.

This has presumably been what the PSNI describe as an ‘intelligence led’ operation. It is somewhat fortuitous that this intelligence just fell into the PSNI’s lap on such a politically convenient day.

You would have to ask whether the PSNI have sat on this intelligence and decided to act only when it was politically convenient.

A number of the items displayed by the PSNI- just in time for the evening news cycle- are commemorative materials unrelated to the contemporary UVF, others are conflict related memorabilia.

Are the PSNI now intending to pursue membership charges under the terrorism act against any individual that collects conflict related memorabilia?

If they are to do so then when will they be raiding republican ex-prisoners centres that are littered with paraphernalia related to the conflict? 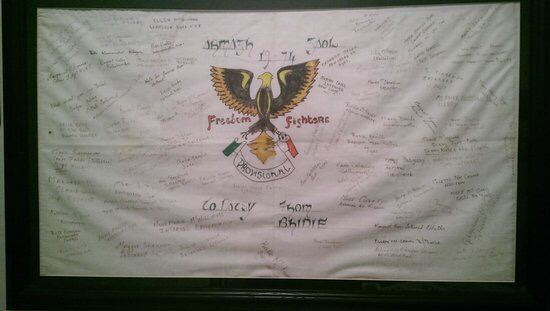 To follow the logic of linking some of the items the PSNI have paraded today to terrorism, then a leather wallet or painting from Long Kesh- if we are using the PSNI’s apparently broad definition- could be used as proof of support for a proscribed organisation. 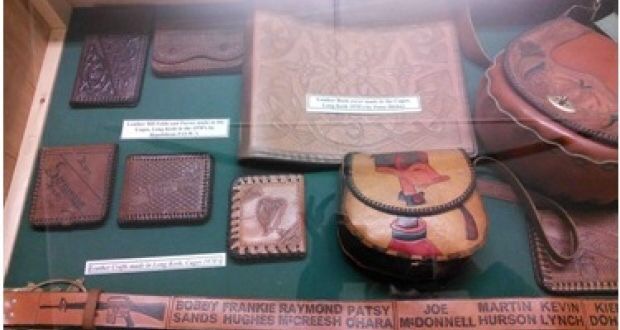 There is of course an increasing narrative that justifies the IRA’s campaign and ‘normalises’ their actions as legitimate. On the opposite side of the scale there is a relentless campaign to demonise loyalists.

In ‘peace process’ speak loyalists were nothing more than British state run ‘death squads’ whilst the IRA were freedom fighters. Loyalists murdered people, the IRA killed people as part of their ‘struggle’.

Loyalist culture is dismissed as regressive anti-social behaviour, whilst a St Patrick’s day tri-colour waving booze filled rampage or the West Belfast festival chanting of IRA songs is held up as a great celebration of Irish culture.

Drugs in a Unionist area is ‘loyalist criminality’, drugs in a republican area is simply ‘crime’.

If the PSNI suspect crime then they should absolutely do their job, but they must do the same job across the board. There can not be one interpretation of the law for loyalism and one for republicanism.

Today’s parading of seized UVF memorabilia, some of which is no different than museums on the Falls Road littered with IRA material, will further reinforce the belief that not only is the political process tilted in favour of republicans, but that the policing and justice apparatus is disproportionally directed against the loyalist community.