Unionist Voice has published a significant article by republican filmmaker Sean Murray, written in response to our recent 'Glenanne Gang' piece. Jamie Bryson provides an analysis of Sean Murray's article and why it opens the door to really challenge the independence of recent legacy documentaries. 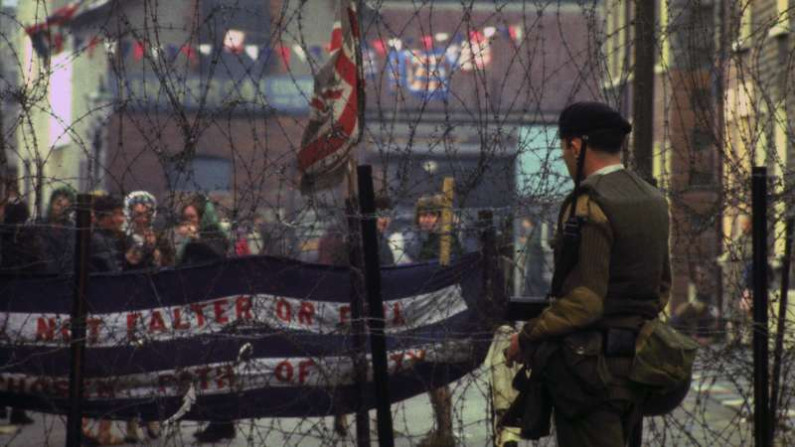 We, as unionists, must not be afraid of debate or to engage with our political opponents. If we are to use our increasingly broad platform to criticise and challenge then we must be brave enough to accept the challenge when our opponents want to come back and criticise us, otherwise we end up with an echo chamber whereby our arguments are never stress-tested or presented to a broader audience. Freedom of speech, and the freedom to challenge, criticise and offend that comes with it, is at the core of democracy. It is an ideal for which our brave forefathers fought and died in foreign lands through two world wars and various other conflicts both foreign and domestic.

Ideas, political arguments and strategies grow through robust debate, through challenge and by engaging with our critics. If our arguments are so weak that we refuse to open them up to criticism or to challenge, then is there any benefit to them at all?

There are, in my view, significant concessions within Mr Murray’s response. The clear narrative running through his piece is that he, as a filmmaker, is giving a voice to what he believes is a historically underrepresented legacy view. That is a perfectly legitimate pursuit, no one should be denied the opportunity to tell their stories or advance their viewpoint. However, the logical conclusion is therefore that Mr Murray’s filmmaking is activism, in the form of telling a particular political story from only one side of the community. He himself concedes that he is an ‘activist’ in his filmmaking.

During the Con Club legacy debate I said the following “I have no issue with republicans making films and telling their stories, my issue is that often the mainstream media present such films as independent, when they clearly aren’t.” I think Mr Murray makes my point for me by virtue of the core theme running throughout his article. The Unquiet Graves film, and other republican storytelling, is exactly that; republican storytelling and activism. Should we as unionists criticise or blame the republican community for engaging in such activism to try and promote their legacy narrative? No, we shouldn’t. Instead we should be focusing more effort on trying to present our view of the past, and become more engaged in fighting back against what I continue to believe are attempts to re-write the past.

Is it legitimate to challenge republican narratives that from a unionist point of view attempt to rewrite the past? Yes, it is. Is it equally legitimate for republicans to challenge our legacy narrative? Yes, it is. Therein lies the crux of the legacy debate- two opposing sides, two opposing narratives and for either side a legacy concession is to provide justification to the actions of the other. No unionist is ever going to passively accede to the rewriting of the past to justify the IRA, and whether we like it or not, it’s extremely unlikely that any republican is going to wake up and pronounce that they were wrong in their actions.

Whilst Mr Murray will argue that his work is not an attempt to rewrite the past, I argue that it is. That being said there are two reasons for this, one is that until recently unionism has been ineffective at countering republican propaganda and therefore republican storytelling often goes unchallenged, but secondly, by Mr Murray’s own admission he is focusing solely on one particular legacy narrative. How then is this not de-facto rewriting the past by airbrushing out the unionist viewpoint and placing little or no scrutiny on the actions of the IRA?

That brings me back to my core point, emphasised during the Con Club debate, namely that the issue isn’t with republicans seeking to promote their own legacy narrative, but rather with the presentation of such work as independent journalism or filmmaking. The mainstream media have provided platforms to films like ‘No Stone Unturned’, ‘Unquiet Graves’ and books such as Lethal Allies without any critical analysis or appropriately making clear that they are one sided narratives that should be viewed and analysed in that context.

In his piece I think Sean Murray also fails to address some of the key tenets of the argument I put forward in last month’s Glenanne Gang piece. To be fair to Mr Murray this may simply be due to the fact that he wanted to focus his piece on a more general legacy debate, but nevertheless I believe valid questions have gone unanswered, especially around the weight given to testimony provided by convicted murderer John Weir, and the participation of some persons who are themselves in receipt of OTR letters in connection with IRA activity. Those issues go to the heart of the film’s credibility in my mind.

I should also deal with the reference to my recent tweet in connection to stolen HET documents. It is reasonably common knowledge that confidential files were illegally stolen from the HET by a former employee and handed to a Belfast law firm. These documents were then selectively handed out around republican legacy activists and used as the basis for books, films and newspaper articles. This raises a key point; why when security force documents end up in the hands of loyalists is it collusion, but when such stolen documents are handed to republicans it is fair and in the public interest? You can’t have it both ways.

It would be remiss of me not to draw attention to the fact that Mr Murray does within his piece make reference to atrocities perpetrated against the unionist community such as La Mon and Enniskillen, and criticises the actions of the IRA in carrying out the Kingsmill massacre. I believe that quite proper criticism, and the fact Mr Murray has felt compelled to enter the debate, is significant. It paves the way for a genuine debate on an issue Unionist Voice has been raising for quite some time, namely what many within the unionist community believe is the one-sided nature of recent legacy documentaries and attempts to rewrite the past in books, film and media.

Credit to Mr Murray for submitting a piece, presenting his argument and opening himself up to challenge via a platform that would undoubtedly be seen as hostile to republicans. That is not an easy thing to do.