You can not simultaneously be pro Belfast Agreement and pro union. The process is designed to end the union. The pernicious Protocol- which rewarded nationalist threats of terrorism-illuminated that nationalists use the mantra of 'equality' and 'cross community consent' as a staging post along the road to supremacy. 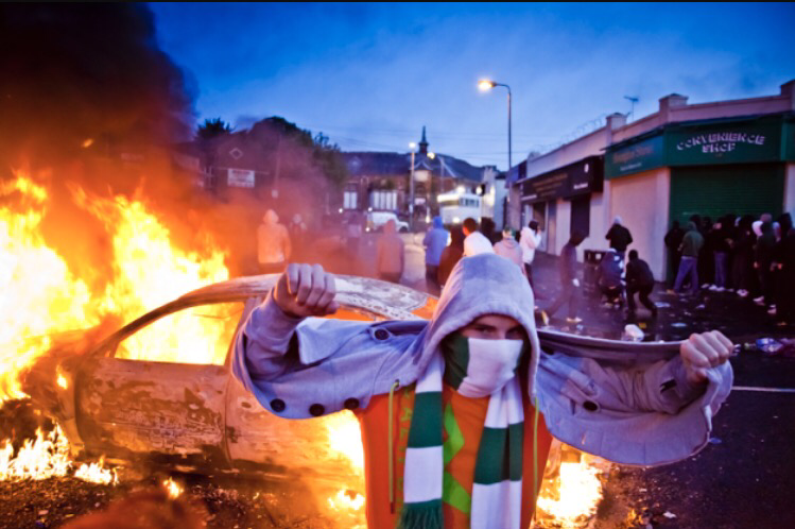 The Secretary of State, without a hint of shame, claimed last week that he was pro union. Of course- in keeping with the two tier Belfast Agreement- nationalists howled in outrage, lecturing us all on the requirement for the Secretary of State to be “neutral” as a “co-guarantor” of the agreement. There is naturally no such requirement for neutrality on the part of the Irish Government, indeed nationalists devote much time to sending lengthy letters signed by arms-length republican activists demanding that the Irish Government ratchet up their all-Ireland campaign.

It isn’t as if the Irish Government take much persuading. In the Brexit process they happily colluded with pan nationalism and the European Union to use the threat of nationalist violence in order to obtain political concessions. Oblivious to the powder keg precedent being set, they were content to use the threat of terrorism in pursuit of their political objectives.

The two-tier agreement got another outing on Thursday night on Question Time. Michelle O’Neil pontificated about the virtues of the pernicious Protocol which (apparently) protected the Belfast Agreement. She is right in a way given that the Belfast Agreement was only ever a nationalist trojan horse and the underpinning presumption that drives the ‘process’ is that it must incrementally move towards its ultimate objective of Irish unity. In doing so there is a perpetual requirement for all-Ireland harmonisation and the de-britification of Northern Ireland. However, the agreement- as wicked and cancerous to the union as it is- does enshrine the principle of cross community consent for “key decisions” (Strand 1 (5) (d)), and weaponises this principle within Section 42 of the Northern Ireland Act 1998, allowing for a petition of concern to block any proposal damaging to either community. Those demanding we protect the Belfast Agreement “in all its parts” would therefore be ardent defenders of the principle of cross community consent, wouldn’t they?

Not so, and herein exposes the folly of sharing power with nationalists. The requirement for cross community consent was only ever a necessity when nationalists required it to protect their interests; as soon as they- in collusion with the useful idiots in the Alliance party- had a majority for shafting unionism and driving Northern Ireland into an economic United Ireland, all of a sudden the cross community consent requirement should be happily shredded. Nationalists do not really want equality; that honeyed phrase is just a staging post along the way to supremacy.

And so, we come to the hard truth for unionism; the core problem is the Belfast Agreement. It is the father of the ‘process’. A process, by its very definition, has a beginning and an end. The only end envisaged within the Belfast Agreement is Irish unity. This most obvious reality is why it is incomprehensible to me that any unionist would continue to support the structures spawned from the union-wrecking agreement. To be pro-union and pro-process is incompatible; the process is designed to end the union.

Returning to where we began, and the bold pronouncement from Brandon Lewis of his unionist credentials. Take that with a pinch of salt; the same man pretends his Government has not imposed a border in the Irish sea as a reward for nationalist threats of violence.

The DUP must frustrate, impede and ultimately wreck every effort to embed the Protocol. There can never be “business as usual” within a power sharing Executive whilst an Irish Sea border is imposed upon the unionist community as a reward for nationalist threats of violence.

In any event, the larger reality is this; whilst the structures of the Belfast Agreement remain then unionism will forever be trapped on a one way train. De-railing it may be painful for its ardent cheerleaders, but it would be a lot less painful than arriving at the pre-determined destination.

*Brexit Betrayed- Writings from the Referendum to the Betrayal Act is available on Amazon in paperback and Kindle HERE or via Unionist Voice Publications, email: publications@UnionistVoice.com *