BBC NI has launched a full frontal assault on British identity in Northern Ireland, stripping away God Save the Queen (our national anthem) and Rule Britannia from their Last Night of the Proms production. A shameful effort by the State broadcaster to try and advance the utopian ideal of a neutral 'New Ireland'. 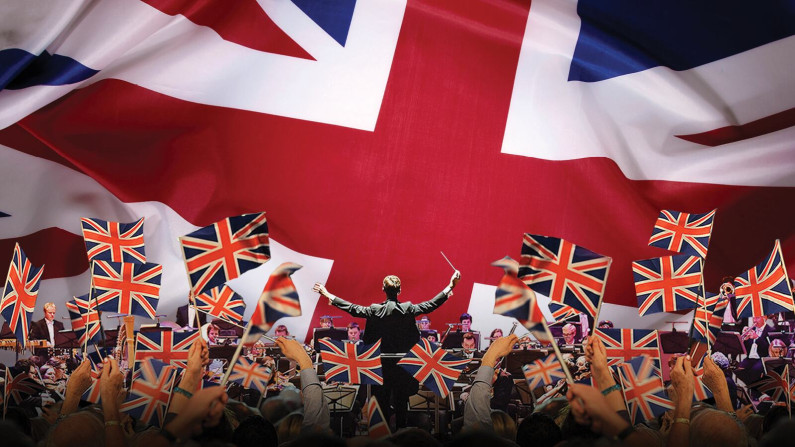 Writing in today’s Newsletter their Deputy Editor Ben Lowry has challenged the BBC NI establishment on their decision to eradicate Rule Britannia and God Save the Queen from the Last Night of the Proms in Northern Ireland.

In a follow up on BBC Radio Ulster’s Stephen Nolan show, which stands as the final bulwark against the juggernaut of the liberal elite establishment takeover of BBC NI, Ben Lowry reiterated his anger at the decision by BBC NI’s management to water down the Last Night of the Proms, presumably in pursuance of their utopian vision of a consensus based neutral ‘New Ireland’.

As the State broadcaster it is not the BBC’s job to try and dilute British identity in a sovereign part of the United Kingdom as part of a liberal elite agenda to use the BBC as a vehicle to advance utopian political ideals.

In making his comments Ben Lowry has predictably attracted the wrath of the ‘twitterati’ and the liberal elite. There is a tenancy to believe the world revolves around this small social media and establishment commentariate bubble, whereby which views that are permissible is decided upon by what is deemed acceptable by the circle of elites within the media or political establishment. Ben has articulated viewpoints which aren’t conducive to the establishment agenda so he, like me, finds himself in the ‘deplorables’ bracket.

However there is vast army of people, let us call them the ‘unknowns’, within the grassroots unionist community who aren’t social media activists, who don’t ring into BBC Talk Back, but who quietly day in and day out seethe, scream at the TV and inwardly become increasingly furious at the liberal and pro-nationalist bias. These quiet law abiding people will have privately cheered Ben Lowry’s every word.

Here’s a video for the BBC NI liberal elite establishment on behalf of the deplorables, the unknowns and all those within grassroots Unionism who refuse to accede to the utopian all-Ireland agenda!