Loyalist Stacey Graham has spoken exclusively to Unionist Voice, sending a defiant message to those behind an orchestrated trolling campaign designed to bully her into silence. 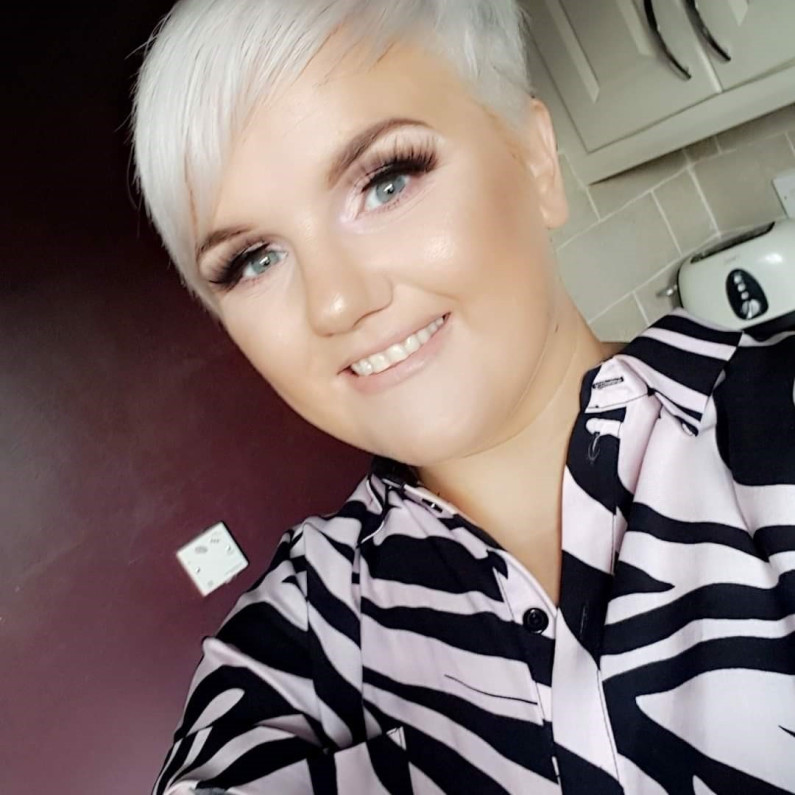 Stacey Graham, a loyalist activist and community worker from the Shankill Road, has responded defiantly after the latest campaign of abuse and trolling directed against her. The vile comments came after Mrs Graham tweeted a video of her young family celebrating Rangers success outside of her home.

This campaign of harassment has been ongoing since Stacey spoke out over the Irish Sea Border and attempts to impose an Economic United Ireland in late 2019. In December 2019 Mrs Graham delivered an articulate, well crafted and ultimately rousing speech in the Ulster Hall at a rally against the ‘Betrayal Act’.

Subsequent to this, and clearly fearing a strong articulate woman from within the loyalist community, an orchestrated, persistent and vicious campaign of harassment and abuse was directed to Stacey, her young children and wider family. This was not mere criticism or challenging of Stacey’s views, but rather was a genuine targeted trolling campaign which went beyond the occasional negative remark and instead resembled more of a daily barrage.

Despite this organised campaign designed to force Stacey and any other loyalists who dared to speak out into silence, the proud Shankill Road woman continued to respectfully and articulately make the case on behalf of her community, appearing on the mainstream media on a number of occassions providing an analysis of ongoing political and community issues.

In March of 2021 on International Women’s Day, Stacey took part in a prestigious conference organised by Women In Media, a group set up by prominent journalists Allison Morris and Amanda Ferguson, alongside political commentator Patricia MacBride.

In a panel chaired by Amanda Ferguson, Stacey provided an overview of challenges facing women within the loyalist community and outlined some of the issues she had faced in relation to those who would seek to marginalise and denigrate her views, or indeed her very right to express them.

On Monday Stacey announced she was taking a break from Twitter after a particularly vicious weekend of abuse which included vile sexual comments, remarks targeting her appearance and even commentary about her young children. Much of the abuse followed the stereotypical mockery directed at loyalists, much of which has been normalised by mainstream platforms who have amplified and promoted those who have engaged in targeted mocking and dehumanisation of the loyalist community in general.

It is also notable as to how many of vilest trolls congregate together, drawn together like moths to a flame, and whilst some of those at the center of these diverse coalitions are supposed advocates for ending social media abuse, they are nevertheless in fact swimming the sewers of social media alongside some of the nastiest trolls imaginable. It appears often that some people adopt an approach of supporting trolling and abuse, so long as the ‘right’ person or community is the target.

Speaking to Unionist Voice Stacey Graham said that whilst the abuse does on occassions get to her, that she would not be silenced:

“Yes, sometimes the abuse can bog you down but they have another thing coming if they think it will silence me. I’m taking a break from Twitter on my terms, I have a busy life, a young family, community and voluntary work. I don’t need to waste my time listening to crackpots who have nothing better to do”

When asked whether her desire to engage in political discourse had been dimminished as a result of the campaign, the Shankill Road loyalist replied “If anything it only strengthens my resolve and I’m more determined now than ever to stand up for myself and the Loyalist community. For too long have Republicans controlled the narrative and the perception of what Loyalism is or what it means to be a Loyalist.”

In typical fashion, Stacey concluded not with comments seeking attention or wallowing in self pity, but rather with a rallying cry to her community:

“I am immensely proud to be a Loyalist, proud to be a Shankill Road girl and proud of my community who through decades of violence are more resilient than ever and will no longer accept the constant ridiculing and belittling of our culture or heritage. It’s time to politicise, educate and empower the Loyalist people. It’s time to fight back.”