The DUP electoral college will be held accountable within their own constituencies for the leadership positions they endorse. It is crucial therefore the leadership contenders outline their stance on key issues. 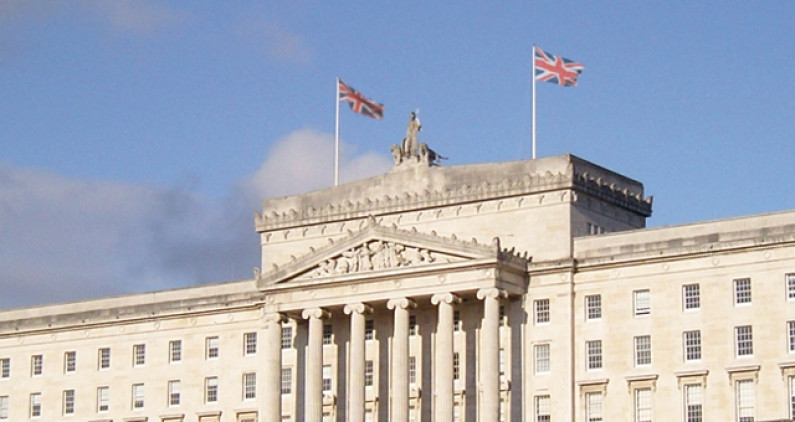 It is trite to point out that the DUP MLAs and MPs will select the new leader. As such 18 votes is all that is required for either Edwin Poots or Sir Jeffrey Donaldson to attain the leadership of the party.

However, each DUP MLA and MP who casts a vote does so on the basis of the mandate they have been given by their respective electorate. The responsibility on those voting therefore extends beyond simply exercising their personal choice, and instead requires a consideration of the views of those who elevated the various representatives to their elected positions from which they have the privilege of casting a vote.

Those representatives voting should therefore be mindful that their electorate- those who ultimately hold the key to re-election or rejection at the ballot box- will judge their decision in the leadership contest as a key factor when it comes to the next election.

It is therefore incumbent on the candidates to publicly outline their position on key issues for the grassroots unionist/loyalist community, in order that those eligible to vote in this leadership contest do so on the basis of taking responsibility for the policy positions they ultimately endorse with their vote.

In New Decade New Approach (‘NDNA’) the DUP agreed to stand-alone Irish Language legislation, despite robust opposition from the grassroots PUL community. It is worth noting NDNA also promised unfettered access for NI within the UK internal market. This commitment has been shredded.

The abhorrent capitulation to a key nationalist demand has not been forgotten, and a key starting point for the leadership contenders should be making clear whether they will facilitate Irish Language legislation (in any form) if successful in their quest for leadership of the largest unionist party. This way, the unionist electorate will be able to judge their own DUP MLAs and MPs at the ballot box. If a vote in the leadership contest is cast for a candidate who endorses passing Irish Language legislation, then all those DUP representatives who cast their vote for the relevant contender can justifiably be held accountable within their own constituency for delivering one of nationalism’s key demands.

The crucial and central issue is naturally the defence of our precious Union, and by extension that places the violence-rewarding Protocol front and centre. The Northern Ireland Protocol is designed to undermine Article 6 of the Act of Union, and fundamentally alters the constitutional position of Northern Ireland within our precious Union. It drives our country into an Economic United Ireland, orientated away from GB and instead shackles us to Dublin.

In effect the violence-rewarding Protocol turns NI into a hybrid British-Irish state, operating as a semi-colony of the European Union. At its heart it is a capitulation to the threat of Irish Nationalist violence; it rewards the threats of the Irish Government and pan-nationalism by subjugating Northern Ireland under a new constitutional arrangement which fatally weakens the Union.

The father of the violence-rewarding Protocol is the Belfast Agreement, which set the template for appeasing nationalist threats of violence and requiring unionists to participate in a process designed to incrementally dismantle the union, all in the name of ‘peace’.

It is a matter of basic logic that given it is the institutions of the Belfast Agreement which are the tool by which the Irish Sea border is to be embedded, that operating the institutions effectively embeds the Protocol.

Given the key access condition within Article 16 is “societal difficulties”, inclusive of political instability, it stands to reason that if the violence-rewarding Protocol becomes synonymous with stability, then it will become even harder to remove.

In that respect it is crucial that the next leader of the DUP is, as Mervyn Gibson on behalf of the Orange Order rightly says, prepared to bring down the institutions as part of the campaign of resistance against the implementation of the violence-rewarding Protocol.

In short, the leadership contenders should answer three simple questions: