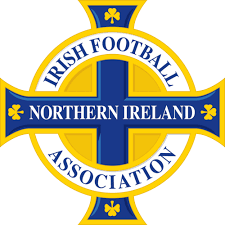 The extraordinary comments from Howard Wells OBE, the former CEO of the IFA, has given fresh impetus to an increasingly vibrant grassroots push for a changing of the guard at the top of local football’s governing body. Read the exclusive interview HERE

It’s hard to ignore Wells, although that is exactly what the IFA press office have tried to do. Bunker in and hope that the chatter around his comments dies down. That, however, is increasingly unlikely.

The Englishman has an impressive CV which is outlined HERE and includes roles as chief executive of six different organisations since the age of 37, with four set up from the outset, whilst also acting as chairman or a board member of many more. He was also the first CEO of UK Sport and the CEO of Watford Football Club, Ipswich Town FC and of course the Irish Football Association.  He was a former senior coach of the FA and played/ coached at Wycombe Wanderers FC. He has been a Member of the Saudi-British MoU Group on sports development since 1996. Between 2008 and 2014 Howard was a Match Commissioner of FIFA and continues to be a visiting lecturer at Bucks New University and a consultant to the Buckinghamshire Learning Trust.

In 2013 his work was recognised when he was awarded an OBE by the Queen. This man is no fool and his comments will carry enormous weight within the chattering classes of local football. He cannot be easily dismissed.

Not all of Howard’s ideas in relation to the direction the IFA should travel would have been agreeable to me, especially the sort that due to the nature of Northern Ireland would have had unintentional political ramifications in relation to identity and culture. But then again he comes from a purely neutral football position, I always have wider political considerations- as do most people in Northern Ireland. Perhaps that is why some of his more well intentioned ideas were met with resistance by a number of supporters.

But disagreements over ideas and the IFA’s future direction of travel were not why the ‘football mafia’ decided- against legal advice- to sack Howard Wells. He was dumped because he took on the golden circle. The junkets, the expenses, carrying around the association’s finances in the head of the treasurer and the abuse of local football’s funds- that is what Howard Wells went after. And that is why they ultimately removed him.

The comments carried exclusively in Unionist Voice yesterday are startling. A forensic audit uncovered 31 financial issues. The IFA had to go to the bank for a loan to pay staff wages. That is serious stuff- and it’s not just a point of historical significance. The people responsible for that financial mess are the same ones who have now re-taken control of the IFA and who also control the NAFL, Co Antrim and other associations with an iron grip.

None of what Howard Wells said yesterday were allegations or conjecture, but rather documented fact. There is a paper trail to back up every word he said. And that paper trail is undoubtedly damming for David Martin and others who continue to hold senior positions in the IFA.

There is clearly an appetite at a grassroots level to say enough is enough. As local clubs go to the wall financially, there is huge unanswered questions about the financial management of the NAFL and other local football bodies.

Many in local football are cheering from the sidelines and privately expressing their desire for a ‘big push’ to overhaul the golden circle controlling the local game. Some clubs have, to their credit, spoken out publicly. The NAFL and IFA will try and pick off these clubs and bully and intimidate them into silence. At that point it’s time for those cheering on the sidelines to invade the pitch.

The IFA needs a steady hand. One senior figure, who has privately broken ranks and provided further damming information due to be published later today in relation to the abuse of IFA funds, strongly suggested that only Jim Shaw or Jim Boyce could “steady the ship”.

Shaw is certainly well respected and known for honesty and integrity. Jim Boyce has a wealth of experience and may well fancy taking the reins again.

At the moment senior figures are talking privately encouraging a purge of the current leadership, it is when those figures step out of the shadows that the walls of Jericho will surely wall.