Prominent MP Kate Hoey, who was once a member of Tony Blair’s Government, has this morning challenged PSNI Chief Constable George Hamilton in relation to the seizure of historical and conflict related UVF memorabilia, which it has been suggested is not actually a criminal offence under the Terrorism Act. 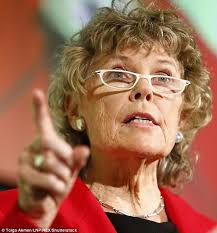 Ms Hoey quizzed the Chief Constable on the interpretation of these materials under the Terrorism Act and Mr Hamilton was unable to say whether the items were in fact illegal.

This is a position which has been continuously put forward by the East Belfast Community Initiative which has argued that ‘memorabilia’ does not in fact constitute an offence under section 57 of the Terrorism Act given that by its very definition it is something which relates to the past tense and therefore could not fall under the section 57 offence of possessing an article for the “commission, preparation or instigation of an act of terrorism.”

Kate Hoey MP further pressed the Chief Constable in relation to the seizure of such material and asked that if it is PSNI policy to pursue it under the Terrorism Act, then why weren’t the PSNI raiding the republican museum at Conway Mill?

Ms Hoey said “I look forward to the display of IRA material seized from republican museums.”

The debate was further continued on the Nolan show where Jamie Bryson outlined the provisions of the Terrorism Act and raised concerns that warrants were being authorised to search for memorabilia which wasn’t actually illegal.

In a further twist commentator Malachi O’Doherty admitted to possessing a collection of UVF conflict related material that he had obtained, purely for historical purposes, over his long career as a journalist.

The East Belfast Community Initiative, who have continually lobbied in relation to this issue in recent months said;

“Kate Hoey has succinctly flushed out the one sided nature of these seizures and the politically convenient display of items recovered, despite the fact there has been no offence committed.

“Given the PSNI’s relentless pursuit of UVF memorabilia, we also look forward to the PSNI raids on the republican museum at Conway Mill and a number of Sinn Fein offices selling contemporary IRA material.

“The EBCI want to thank Kate Hoey MP for raising this important issue and once again it has taken Kate to provide a voice for the Unionist community in Northern Ireland and use her position of considerable influence to challenge political policing.”