The European Union is a wicked project designed to eradicate all sovereignty and subsume states into an overarching super-state. It is precisely the kind of domination that our forefathers fought against. We must not bind our future generations to EU servitude with compliance policed by an EU army. 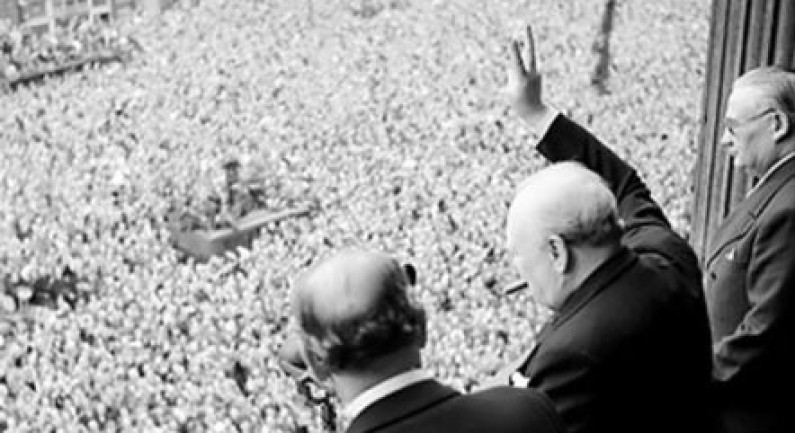 The Withdrawal Agreement would turn Northern Ireland into an EU colony, with Dublin having greater say on aspects of the internal affairs of Northern Ireland than the sovereign Government. This arrangement would not be temporary, but rather a permanent lock from which Northern Ireland can never escape; forever handcuffed as hostages of Dublin and Brussels, without having any say in our own destiny.

To say it is a constitutional abomination is to play it down. It is a betrayal of the worst kind. It is monstrous and should it pass Parliament it would de-facto subsume Northern Ireland into an economic United Ireland from which there can be no escape. The principle of consent, and the very birth right of British citizens born in Northern Ireland, would be sacrificed on the altar of servitude to Brussels.

That is not inflammatory language or hyperbole, rather cold hard facts. Those that would wish to cloak this horrid deal in a veil of moderate and tolerant language provide it with a cover it does not deserve. It should be brutally and nakedly shown up for what it is; a betrayal, a surrender. We might as well tear down the Union flag and hoist the white flag.

Generations that went before us fought against the kind of domination by a centralised European Super-State that Brussels seeks to implement by stealth. They use coercion, blackmail and fear to manipulate and bully those that refuse to comply into submission. It is all about removing sovereignty little by little, embedding sovereign states, like links in a chain, into a cohesive and harmonised Super-state.

The ‘Europeans’ then foresee their next objective as raising an army, and what does one think they would do with this army? Given the trajectory of the European Union you would have to be mad to think that this army wouldn’t be used to force into submission any states that refuse to adhere to the diktats of the EU.

If we bind ourselves to this wicked project- the ultimate aim of which is to tear away all sovereignty from the United Kingdom- then we are consenting to future generations being ruled by an unelected dictatorship holed up in Brussels and issuing diktats to our once proud United Kingdom. Diktats we will be duty bound to follow, and if we ever try to break free from the choke chain rendering us a vassal state then do you really think they won’t turn their army- which they are already trying to build- upon us?

This deal doesn’t secure peace in Europe, it does the opposite. It almost certainly guarantees that future generations of British citizens will be subjects of an EU super-state, with an EU army policing compliance. Is this the future we want to deliver for our children?

Think of it, the absurdity of it all. Forget the detail and focus on the principle. The once proud British Parliament duty bound to follow rules made by a foreign power, a foreign court sitting in judgement over our laws and worst of all our precious Union carved up with Northern Ireland held hostage to the demands of Dublin and subsumed into an all-Ireland framework from which we can never escape.

The economists and ‘key influencers’ will roll out project fear. We must comply or else. We must surrender our sovereignty and bind ourselves to those who will never have our best interests at heart. If we do not there will be an economic cost. We will starve. Employment will plummet. Of course they will make no mention how we could offset much of that (or the parts based in reality) with the £39 billion that the Prime Minister wants to hand over to Brussels, seemingly as the price of our guaranteed slavery.

Do you not think there was an economic, and human, cost when Winston Churchill stood before Parliament and declared that he would never surrender, that our proud nation would fight until the end before surrendering to Nazi Germany?

Did our proud forefathers go crawling to Hitler pleading for the kindest possible terms? That is what the ‘key influencers’ would have had Mr Churchill do. Instead he listened to British people, the ordinary man and woman that built our great Kingdom and he heard the message loud and clear; we must never surrender.

Forget the 585 pages, forget all the Eurospeak. This is a choice between standing firm as a proud and defiant nation, and cowing before Brussels with a begging bowl. Crawling on our hands and knees pleading with them to forgive the British people for daring to vote to leave, for daring to say we have had enough and we want our country back.

The people of the United Kingdom, and especially Northern Ireland, look to the mother of all Parliaments to stand firm. Margaret Thatcher went to war for the Falkland Islands, yet it seems Mrs May would sell Northern Ireland and allow our wee country to be carved off from the United Kingdom as a sop to Brussels. It is time to walk away and stand up to the bullies. Enough is enough.

The United Kingdom stood firm against some of the worst tyrants and evils that the world has ever known. Bombs fell across the whole United Kingdom as the Luftwaffe bombarded towns and villages in an attempt to force us into compliance; the British people never surrendered.

We can’t make it on our own, the project-fearists will tell us. The losses will be too great. We must make a deal now or the consequences will be dire. That is what they told Mr Churchill about Dunkirk, the ‘key influencers’ advocated a choice surrender or leaving our whole army stranded on that beach like lambs to the slaughter.

300,000 men were evacuated from Dunkirk and it is due to their bravery we remain free today. Let us not tarnish their memory and sacrifice by selling off all that they fought to save.