In a judgment described as “intensely political” by one of the applicants, Mr Justice Colton- a former SDLP election candidate- has upheld the breach of the Act of Union by ruling it has been impliededly repealed by the Withdrawal Act. 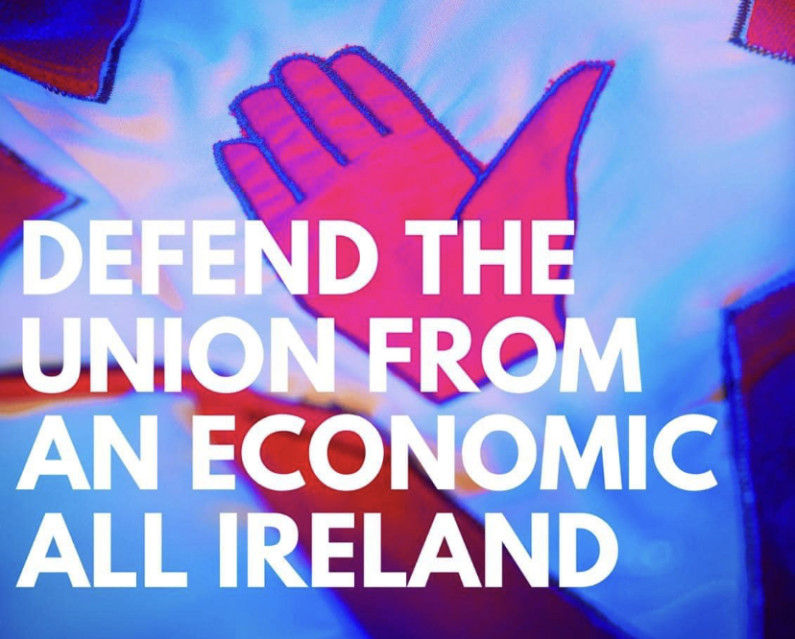 The controversial ruling came to a highly questionable decision on the unprecedented question as to whether the general provisions within a more recent constitutional statute can impliedely repeal an earlier constitutional statute. With virtually no guiding case law as authority for the answer, Mr Justice Colton nevertheless ruled that the Act of Union- the very foundational stone of the United Kingdom- had been subject to implied repeal.

This in one sense is a political victory- derived ironically from a political judgment. Conservative and ‘Unionist’ MPs must now confront the reality of their actions in dismantling the Union. If they did not realise they were repealing the Act of Union, then they must remedy this inadvertent error. If they wish to stand over it then they must take ownership of being the Parliament which demolished the Union.

Mr Justice Colton also found a pathway to uphold the shredding of the principle of cross community consent, ensuring that a pan-nationalist coalition can succeed in imposing the Protocol and thus an economic United Ireland on the people of Northern Ireland. One is left wondering whether if the same question had been posed, in circumstances whereby the shredding of the cross community consent was to the detriment of nationalism, whether Mr Justice Colton would have provided a much different answer?

All of this brings home to Unionism that the Belfast Agreement was only ever a deceptive snare which birthed a ‘process’ designed to incrementally dismantle the Union. The Protocol- imposed as a reward for nationalist threats of violence- is simply a logical outworking of the ‘process’ which necessitates that Unionism must give, and Nationalism must get.

Therefore just as Conservative MPs must confront their actions in relation to the Act of Union, so too must Unionist MLAs confront the reality that so long as they continue to operate the institutions- and also to implement the Protocol- then they are collaborators in a process designed to dismantle the Union. They are, in effect, Union-dismantlers. No Unionist MLA can pretend they are unaware or oblivious to this.

The key finding of Mr Justice Colton essentially made ‘new law’. In fairness to the Judge, once he had rightly held that the Act of Union was incompatible with the Protocol, he had to find a way of deciding which had primacy.

There is no legal basis for holding that a more modern constitutional statute by implication repeals an older one. It is this that would appear to be the error. Justice Colton once he found that the statutes conflicted should have sought to harmonise the provisions, or simply held fast to the longstanding constitutional authorities that constitutional statutes are not subject to implied repeal.

Mr Justice Colton went beyond that and essentially added his own new law which to all intents and purposes adds a qualification to the doctrine that constitutional statutes are not subject to implied repeal by effectively adding (this is my summary of the position NOT a quote from the judgment): ‘save for in circumstances when there is a conflict with a newer constitutional statute’.

The enormity of the path chosen by Mr Justice Colton can not be overstated. He has purported to make new constitutional law in the United Kingdom, which has no grounding in any legal authorities.

The question therefore for the Court of Appeal, and ultimately for the Supreme Court would appear to be:

As we head into July it is plainly necessary for the Unionist and Loyalist communities to take to the streets (peacefully) in protest against the unjust dismantling of the Union and the normalisation of Northern Ireland being subjugated within an economic United Ireland.

The Belfast Agreement and its apparent protections for Unionism do not amount to a hill of beans. It is a weapon solely for the advancement of nationalist objectives and as aforementioned, no Unionist can now seriously close their eyes to this reality.

Protest action must be accompanied by political action to create maximum instability and signal that Unionism will not participate any further in the Union-dismantling process. The logical outworking of that can only lead to pulling down the institutions.

Finally, the legal action will supplement the above limbs of the campaign to defend the Union from this pan-nationalist assault. There are many in Northern Ireland (including within the legal profession) who have a growing belief that if any Unionist in Northern Ireland wants success in the Courts, then the only route is to get out of the reaches of the Northern Ireland Judiciary and into the Supreme Court which is not infected with such apparent political imbalance.