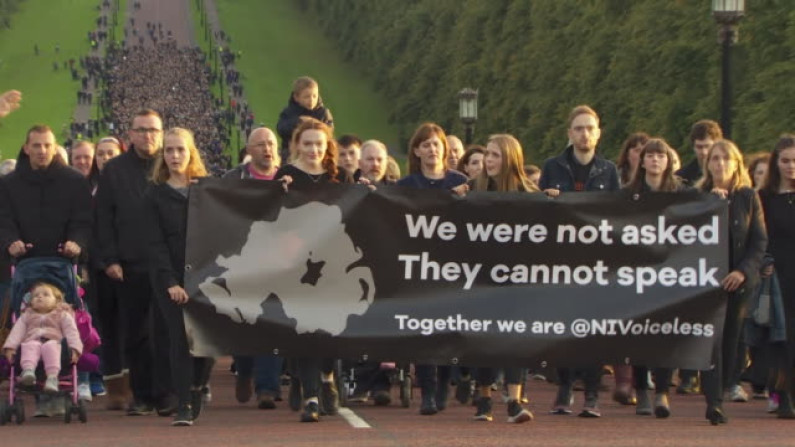 Today, the Abortion (NI) Regulations 2021 come into effect. Regardless of your stance on abortion, if you welcome Westminster devolving powers to Northern Ireland, Scotland and Wales, then you should be concerned about the impact of this otherwise controversial piece of subordinate legislation.

At its simplest, the 2021 regs amend the Northern Ireland Act 1998 which saw devolution restored to NI following the Belfast Agreement. This is because they give the Secretary of State the power to direct any NI Executive Minister to take action. The impact of this drives a coach and horses through the 1998 Act which, following the case of BH v The Lord Advocate in 2012, held that the equivalent Scottish statute is constitutional in nature. Further the House of Lords in Robinson had already held by a majority that the NI Act 1998 is also a constitutional statute.

This is important because the Supreme Court in The Lord Advocate case made it clear that constitutional statutes can only be amended by an express enactment. In delivering the judgment of the Court, Lord Hope said in relation to the Scotland Act 1998,  “Its provisions cannot be regarded as vulnerable to alteration by implication from some other enactment in which an intention to alter the Scotland Act is not set forth expressly on the face of the statute.”

The 2021 regs do not contain any such express provision that the Secretary of State now has the power to amend the NI Act. As subordinate or secondary legislation, the regs derive their power from section 9 of the NI (Executive Formation etc) Act 2019. This piece of primary legislation was designed to allow the Secretary of State to take action at a time when NI didn’t have an Executive. A careful reading of s9 however does not reveal any express intention that the powers created under it alter the NI Act 1998 when an Executive is sitting. Instead, the powers were designed to be exercised in the absence of an Executive.

Since the Executive was restored in January 2020, the powers created by the 2019 Act are not needed at this time, nor can they be exercised in a manner which amends the provisions of the 1998 Act. If the Secretary of State is permitted to exercise the powers under the 2021 regs then that will have the effect of overriding s28A of the 1998 Act.

It would therefore seem strange if the 2021 regs granted the Secretary of State the power to direct a NI Minister to act unilaterally in relation to a controversial issue. It would be even more bizarre if he were to direct that NI Ministers take decisions mandated by him regardless of their views as that would make them puppets in their own government. While the fledgling NI Executive often frustrates its citizens by its apparent inability to act, citizens take comfort from the fact that the Ministers have been directly elected by them. The Secretary of State has not.

It may be that for those who would like to see abortion services here regularised through legislation, the 2021 regs are a welcome move. The problem is that while this may be expedient it demonstrates our preference to use tactics over strategy. As a society we often settle for winning a battle rather than seeing the bigger picture and lose the war even while celebrating. Under devolution, whether abortion services are regulated should be a matter for the NI Executive and Assembly. Decisions taken by local politicians directly elected by the people of NI. If the Secretary of State is permitted to proceed here, then the genie will be out of the bottle and no-one in Northern Ireland will be able to put him back.