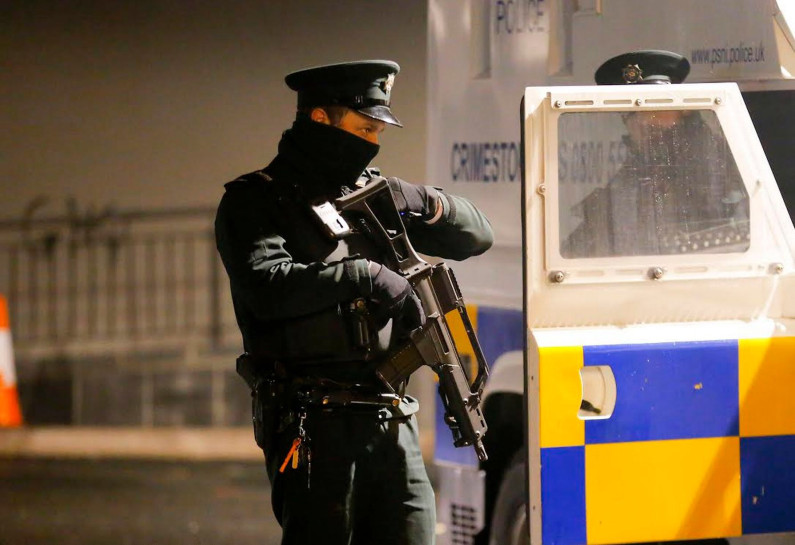 The pursuit of individuals involved in crime is to be welcomed by all right thinking persons. We must all aspire to a society whereby the rule of law is upheld, and those that breach the law are dealt with via a robust policing and justice system. No genuine loyalist could have any problem with that.

However, many genuine loyalists across the province have very legitimate and well grounded concerns about the work of the Paramilitary Crime Task Force (PCTF). The issue is that this is not really about pursuing crime, but rather the reality is that an illusion of pursuing crime is being used as a cover to bolster those seen as ‘progressive’ and ‘peace process’ compliant loyalists, by isolating and criminalising those whose political views are inconvenient.

The PCTF are the stick that runs in parallel to former ACC Peter Sheridan’s Co-Operation Ireland, which delivers the carrot to those who follow a roadmap drawn up by a politically motivated consortium. And like every carrot and stick, if one chooses the carrot then the stick is kept behind the back. It is therefore impossible that the PCTF will pursue and hold everyone equally subject to the law, because their objectives are framed by the work of Peter Sheridan’s consortium, and it is they who will advise the PCTF on who is chewing on the carrot, and who needs the stick.

It is patently obvious that the Government agenda for moving forward is- by political ‘Fresh Start’ design- to foster division within loyalism by, as aforementioned, creating ‘good loyalists’ and ‘bad loyalists’. This is done under the guise of ‘eradicating crime’, but in reality it is about breaking down the cohesion and political resistance of the loyalist community. That is the real agenda at play.

The parallel process was always the contradiction at the heart of the Fresh Start agreement, an uneasy entwining of politics and policing in the form of a funding carrot for political compliance on one hand, and a stick for those who are politically inconvenient on the other.

Everyone within loyalism is wholly committed to peace, but there are many who are increasingly uneasy about the ‘process’. This is a legitimate and lawful position to hold, it is not a crime to lawfully and peacefully object to political decisions or policies.

Are the good loyalists the ones that engage in statutory led bonfire schemes, that meet with the PSNI to assist them in ‘community policing’ and that support the Belfast Agreement?

Conversely are the bad loyalists those who lawfully and legitimately oppose the outworkings of the one sided Belfast Agreement, who do not want to engage in statutory led schemes designed to eradicate every vestige of unionist culture and who have grave, and legitimate, concerns about political policing?

Is that where we are at? Where the PSNI and a consortium of unelected individuals decide who is a ‘good loyalist’ and who is a ‘bad loyalist’?

Every genuine loyalist should be uneasy at anyone giving carte blanche to the Task Force. This is the same PCTF that raided people’s homes searching for UVF memorabilia, and then displayed badges and legal flags as if they had seized illegal material. It was only after the East Belfast Community Initiative repeatedly raised this absurdity, and Kate Hoey MP challenged the Chief Constable, that the PSNI had to back off from obtaining search warrants to raid homes looking for materials that they eventually had to concede were not even illegal. Should we give full support to the PCTF, even when they are engaged in such legally dubious and politically motivated activity?

Everyone should support the PSNI in pursuing all individuals involved in crime, that is the very basis of the rule of law. That is quite different than supporting the work of a Task Force set up by virtue of a political agreement, which is driven by political considerations and most worryingly of all, which sets its objectives and priorities based upon whether an unelected ‘consortium’ come to the conclusion that a carrot, or a stick, is required.