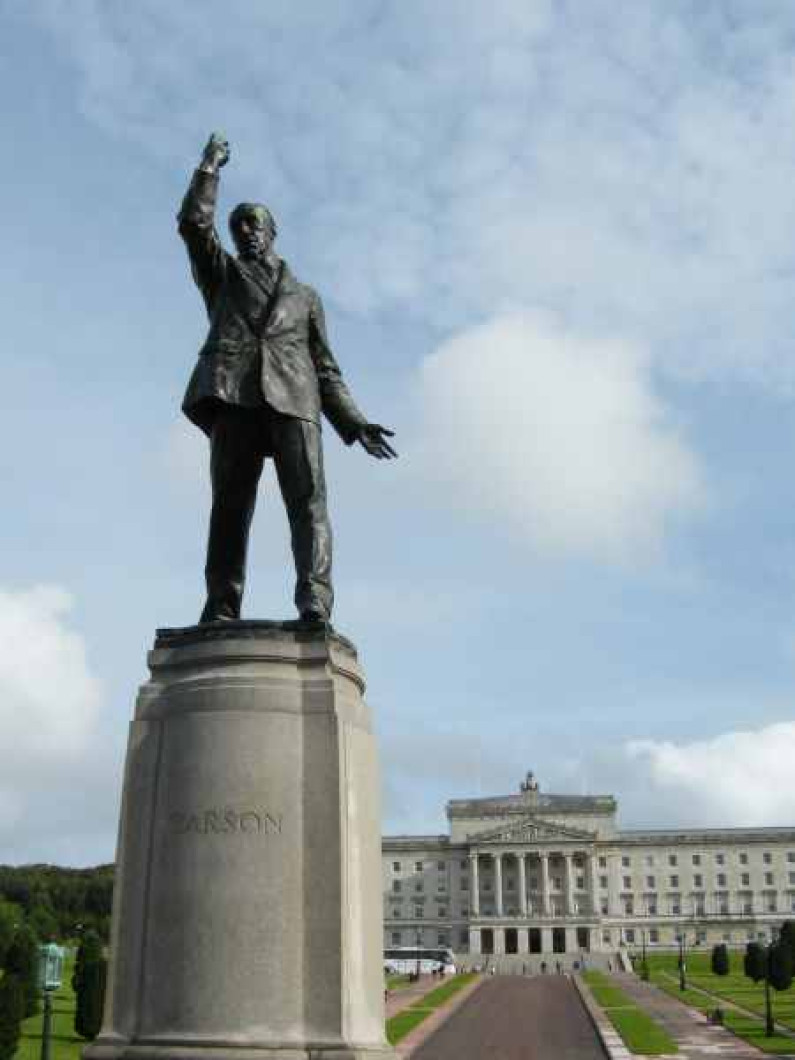 You only need to step into any bookstore and glance at the section reserved for Irish history, or politics. At a reasonably conservative estimate I would guess that 85% of the books in relation to Northern Ireland are written by, or are about, the republican movement.

If we break it down further into books written by republicans, and books written by unionists/loyalists, then the numbers are beyond comparison. Gerry Adams, Richard O’Rawe, Danny Morrison, Gerry Kelly and Sean O’Callaghan are just some of the prominent members who have written, all from different perspectives, but all contributing to the republican narrative of the conflict.

Numerous books have also been written about the Hunger Strikes from a republican perspective, yet very few, if any, from the perspective of the prison guards involved in the dispute.

Recently there has been somewhat of a literary fight back by former members of the security services with Colin Breen, William Matchett and others contributing.

In terms of loyalism, books have been written about Gusty Spence and David Ervine and many former loyalist combatants were interviewed by Peter Taylor for his book ‘Loyalists’. In recent times William ‘Plum’ Smith penned his memoirs and Gareth Mulvenna has written the excellent ‘Tartan Gangs and Paramilitaries’. A widely acclaimed academic study of progressive loyalism was written by Tony Novosel.

Alongside these works there have been books written about the UDA and UVF, including a controversial recent title by historian Aaron Edwards.

The problem, however, is that aside from William Smith’s contribution, there is little by way of books written by former loyalist combatants. This stands in stark contrast to the hundreds of books written from a republican perspective explaining what they call their ‘struggle’. This disparity is not only feeding the re-writing of the past in the present, but it will also leave behind an almost exclusively one sided literary collection for future generations.

The absence of written contributions from a loyalist perspective is a glaring omission when it comes to leaving a legacy telling the true story of loyalism.

It appears that many loyalists are reluctant to tell their story, not least because of the Boston tapes debacle. I think it is clear that no-one should ever, in any circumstances, speak publicly about incidents for which they have not been convicted.

There are, however, other elements to the loyalist story that go far beyond what people did, or didn’t do. What was the camaraderie like in the jails? What hardships did family and friends suffer? What was the political motivation behind loyalist resistance?

All the aforementioned questions are important in contributing to the legacy of loyalism. History is going to be written, and those loyalists that lived it can either contribute to that history, or else someone else will write it, most probably in less than complimentary terms, due to the negative stereotype that has been promoted in relation to the loyalist community.

If you speak to ex-loyalist combatants there is a fascinating story to be told. But that story hasn’t been heard, because loyalists have been demonised and cut adrift from civic society. One only needs to look at the recent letter, orchestrated by Sinn Fein, sent to the Irish Prime Minister. Over 200 civic nationalists signed the letter. It is trendy and acceptable to be associated with Sinn Fein. It is not socially acceptable to be aligned with loyalists. Read or listen to the terminology used in political discourse; the IRA killed people as part of a ‘struggle’ for rights, loyalists murdered people in an attempt to deny rights to their fellow citizens. That is the current narrative, and it has grown tentacles’ and weaved itself around every sphere of civic society, and the professional class, in areas such as the legal profession, the judiciary, journalism, the police force and the civil service.

The cause of republicanism has been aligned with trendy and popular social causes, and as such has attracted a liberal generation that have been wooed by a linguistic offensive in which ‘rights’ and ‘equality’ are interchangeable words used to described political demands. This illusion has helped romanticise the republican cause, meanwhile de-legitmising the cause of loyalism and the security forces.

If you look at the republican movement their political project is a form of therapy for their ex combatants, it provides a purpose and a sense of camaraderie. There are also regular story-telling events, whereby ex republican prisoners tell of their experiences. For the most part there aren’t these gateways for loyalist ex-combatants.

Of course, many loyalist ex prisoner groups such as Epic, and activist groups such as the ACT program, are working tirelessly to try and fill the current vacuum. There is also the fantastic work of Beano Niblock who has contributed by writing story-telling plays. All of this work is appallingly under resourced in comparison to the huge investment into republican communities. Loyalism is treated as an under-class.

I believe that writing, story-telling and basic discourse can go a long way to preserving the real legacy of loyalism. It is important that the history of loyalism, and the political motivations behind the cause, is written by those that lived it.

Republicans have embraced writing books, poetry and playwriting. They have even had their story converted into Hollywood films. It has been glamorised and legitimised. In comparison loyalism has been demonised and de-legitimised.

A key part of legacy will be what written works are left behind for future generations. As it currently stands loyalism, unionism and the security forces will come a poor second to the republican narrative which fills the shelves in almost every bookstore.

It is very true, in terms of legacy, that the pen is mightier than the sword. Loyalism has yet to pick up the pen on a large scale. Ideas, opinions and narratives of the past should all be written down to be analysed by future generations. Failure to do so will inevitably mean that the history of loyalism will die with the last combatant generation. That would do a grave injustice to those that suffered so much hardship in defence of their communities.