Dominic Cummings is set to dare the liberal elite establishment to lock the Prime Minister up as the Government plan to defy the EU surrender bill and set the stage for an election that will smash the establishment once and for all. 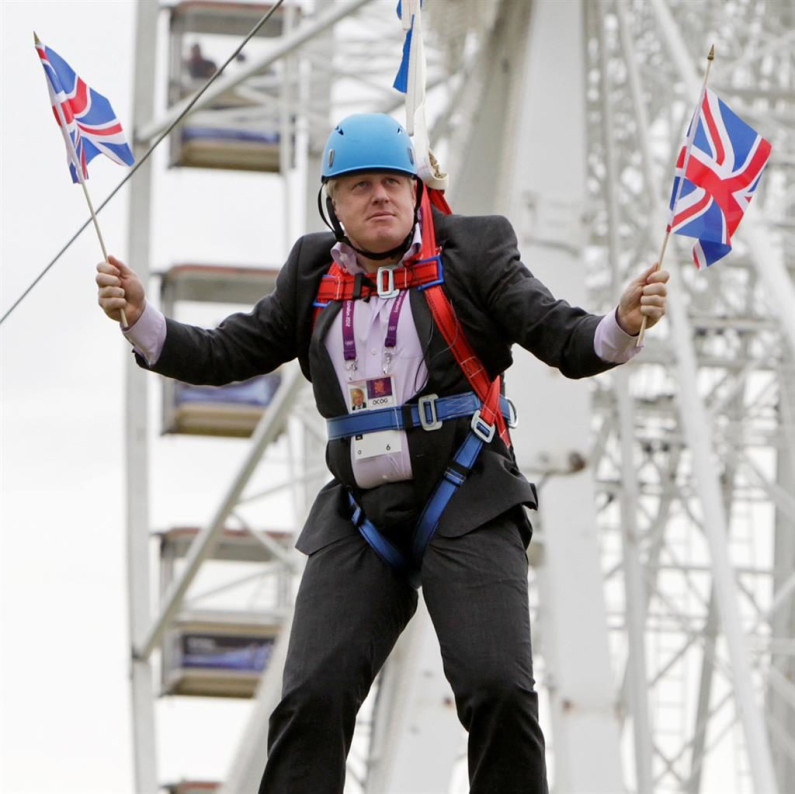 We are entering constitutionally historic times as Parliament faces off against the people. The Remainer Parliament, many of whom have been colluding with the European Union in order to usurp the democratic will of the British people, have one objective; to stop Brexit.

The liberal elite establishment were unable to contain their fury at the reality that the British people were offered a choice and (in the establishment’s enlightened view) we made the wrong one. This has lead to years of sneering, trickery and attempts to undermine and override the democratic will of the people. The underling message is always; we know better than you stupid people, we are the enlightened liberal elite and you should defer to us; we will decide.

It is apparent that many of our MPs have got ahead of themselves and are so committed to the EU ‘project’ that they believe they are commissioners (just like the EU) rather than elected politicians and that it is their job to tell the plebs what to do, rather than implementing the will of the people. This Parliament believes power should flow from them down to the people, and as such it is their job to impose their will upon the people. That is a subversion of democracy, and that is the real coup.

This sneering arrogance is plain for all to see as Parliament, being held hostage by pro-EU forces, denies the opportunity for the British people to go to the ballot box and have our say on their antics. Instead they pass an appalling piece of legislation which hands all power over to the European Union and binds the hands of the Prime Minister.

There is of course a variable in the liberal elite establishment’s plans. The first is that they relied upon the age-old assumption that when it came to the establishment it was a case of ‘do as I say, not as I do’ and as such these sneering contemptuous elites presumed that they could use every dirty trick in the book and every available means possible in order to ‘game’ the system and override the democratic will of the British people, but that the obedient people- and patriots in Parliament- would never dare fight back and give them as good as they got.

The thing to understand about Cummings is that he hates the system, and he hates the liberal elite establishment even more. He isn’t there to respect the system and play within its boundaries, he is there to break it. He is precisely the kind of man that Remainers bet the house would never make it into Government. They believed there would never be anyone willing to stick two fingers up to the establishment and ride rough-shod over all conventions, and even the law if necessary, in order to win. Their strategy was predicated upon the belief the Brexiteers would never have a sufficiently powerful figure in the higher echelons of Government who would be, metaphorically speaking, up for terrorising the terrorists.

Cummings is a man who spent over a year locked away reading the Art of War and other strategic warfare books. He knows how to break the system; by going around the establishment and speaking direct to the people. He doesn’t rely upon the BBC, the Guardian or the opinions of the commentariate. In fact, he understands the power in reversing the liberal elite establishment’s supposed enlightenment. It is the ‘Trump phenomenon’; the more the traditional opinion formers and mainstream howl in outrage, the more ordinary people are drawn to the person or persons who are striking such terror into the heart of the establishment.

His next move is set to be the most daring of all; and is likely to fulfill his life-long objective to smash the system from within. As I understand it from an extremely well-placed source in Westminster, Cummings intends to dare the establishment to lock the Prime Minister up.

Boris Johnson will not beg for the extension, and instead will defy the Surrender bill, leaving a shell-shocked establishment howling in fury. Firmly believing that the people are on the side of the Government, Cummings believes that court action will follow to force the Prime Minister to seek the extension. Should this be successful, then Cummings will escalate the conflict again by having the Prime Minister stand in defiance of the courts and adopting the approach of saying that he will be judged by the British people and if they want to jail him, then so be it.

Legal advice has already been obtained which indicates that the Government could simply pardon the Prime Minister should any court have the guts to try and imprison him. This paves the way for a general election that will be the most constitutionally extraordinary of our times- it will be the people v the establishment. And if the people elect Boris Johnson as Prime Minister, rewarding him for defying an unjust law, then Cummings has succeeded in once and for all smashing the system.

It is understood Boris Johnson is in a positive mood, privately believing that he at last has the opportunity to model himself on his idol Winston Churchill and is repeatedly telling those close to him that they must “seize the opportunity” and “make a historic difference”.

Remainers built their strategy upon withholding the losers consent, thus grinding democracy to a halt until they get their own way. But they never factored in that Brexiteers would then equally refuse to play by the rules and return the serve. Good for the goose, good for the gander.

It is going to be an epic showdown, and I for one am excited. The liberal elite establishment is rocking to its very foundations- let us upend it.