No Brexit deal can pass Parliament without the support of the DUP, whose votes are turbo charged due to their influence on the ERG. And the DUP know that a Brexit deal would be unsustainable in the absence of loyalist support. 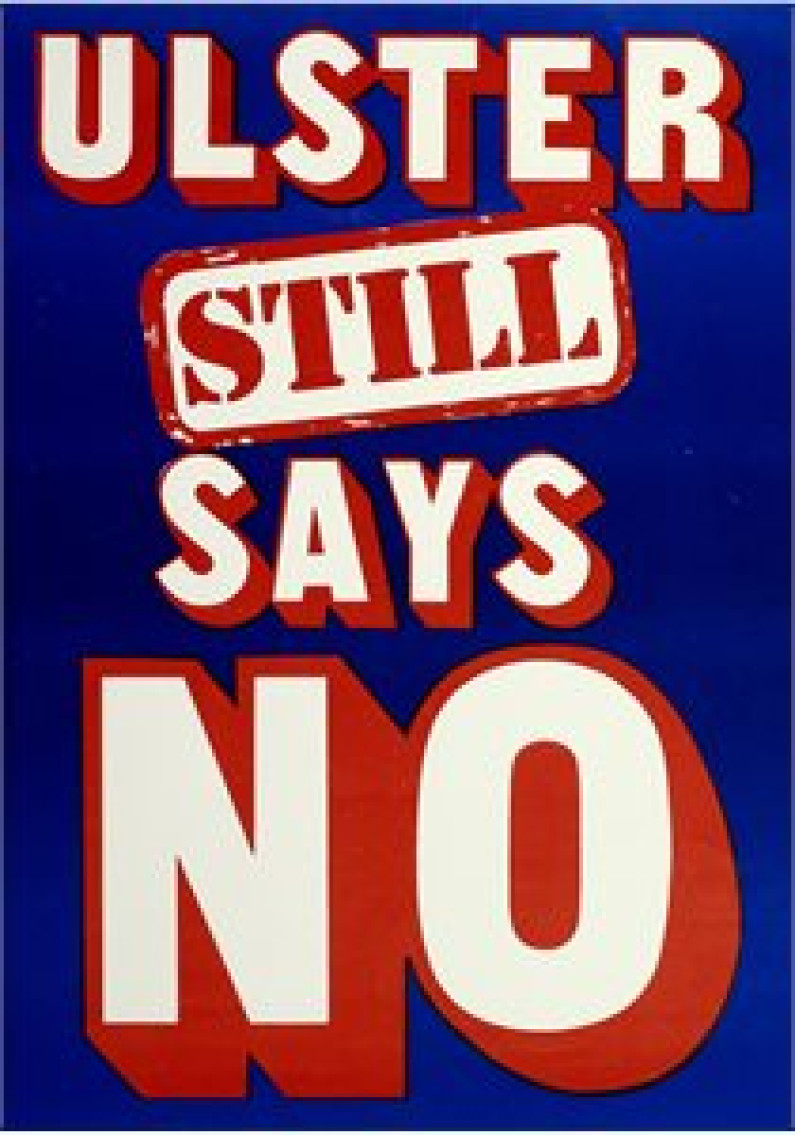 The red line that has always been the one unifying core issue within loyalism, and across the wider unionist family, is- as you would expect- the union.

The Combined Loyalist Military Command statement in 1994 was predicated upon one core premise- the union is safe. And those loyalists who supported the Belfast Agreement (I am personally anti-agreement) did so on the basis that it was a settlement. Therefore, all those perceived certainties are unsettled by the potential that Northern Ireland could be annexed off from the rest of the United Kingdom and subsumed into an economic United Ireland.

Post-98 the grassroots unionist/loyalist community became de-politicised because the agreement was sold as a settlement, therefore the core constitutional issue- so far as unionism/loyalism were led to believed- was settled.

Meanwhile nationalism became energised and politicised because the agreement was sold as the start of a process that would allow them to drive towards achieving their one core objective, Irish Unity.

The explosion of the constitutional issue has come at a time when the loyalist community is de-politicised primarily for aforementioned reasons whilst the nationalist community is politicised. This naturally leads to loyalists feeling excluded and dehumanised.

Let us remember that if not for loyalists, there never would have been a Belfast Agreement. I personally wish loyalists had opposed the agreement, but that is largely irrelevant. The point is that loyalism was good enough to be used when it suited, but now the same cheerleaders for the agreement demand that loyalism is excluded and criminalised. Ironically some of these demands for the DUP to ignore loyalists come from Sinn Fein; the same party who are the political wing of the IRA.

It is in this context that pan-nationalism- including the Irish Government- almost without challenge has been allowed to use republican threats to peace as a means of extracting political concessions. Loyalism meanwhile held the line and consistently reaffirmed a commitment to peace. However, there has been a growing restlessness within loyalism for quite some time, largely based upon a gnawing resentment over a one-sided process, a cultural war and a feeling of dehumanisation and exclusion. All of the anger and resentment of the past 20 years is starting to bubble and could easily explode into a perfect storm.

When some of the bubbling resentment came out in comments in the Sunday Times last week there was outraged expressed by the same nationalist politicians who have spent three years using the threat of republican violence to extract concessions on Brexit. It is astonishing that it appears the threat of republican violence to prevent a legitimate land border is fine, but it is an outrage if the threat of loyalist violence is used to try and prevent a sea border? What is the difference?

How about, as a starting point, we all agree that political leverage should never be gained via the threat of violence? That means that loyalism needs to hear from the Irish Government and wider nationalism that they agree that no political concessions should be granted on the basis of any republican threat to border infrastructure and such concerns should not, in any shape or form, factor in the discussions. Failing such a declaration then it is logical that some people may conclude that what is good for the goose is good for the gander. I do not advocate this line of thought, but it is hard to argue against as a logical position judging by the evidence currently before us.

The current proposals, which amount to NI having a hybrid EU-UK customs status at best, and an economic United Ireland at worst, will never be acceptable to the grassroots unionist and loyalist community. There are no technical solutions to square the circle, either we leave as one union, or we do not. And if we do not, then that inevitably leaves us staring into the abyss of another generation of instability within Northern Ireland.

Aside from any organic explosion of loyalist anger and protest, political unionism would be committed to consistently doing everything possible to undermine, frustrate and ultimately demolish the all-Ireland arrangements. The basis for devolved partnership government in Northern Ireland will be gone, and gone for a long time.

The DUP are confident they have the numbers to block any potential deal. Alongside their 10 MPs, the DUP believe they can, as a bare minimum, bring at least 25 members of the ERG along with them. In reality however that number may be much higher.

It is clear therefore that a deal, for all of the reasons outlined, will be neither deliverable or sustainable without unionist support. And the largest unionist party know any deal they did try to deliver would be unsustainable unless it had the support of the loyalist community.

That brings us back to the one key test; do the proposals put forward weaken the union? If the answer is yes, then the message is clear- Ulster says No!