LAW: What powers are PSNI relying upon for carrying out Covid Road Checks?

The PSNI social media accounts are reporting road checks being carried out for the purpose of policing Covid Regulations. The Covid response is being headed up by ACC Alan Todd. 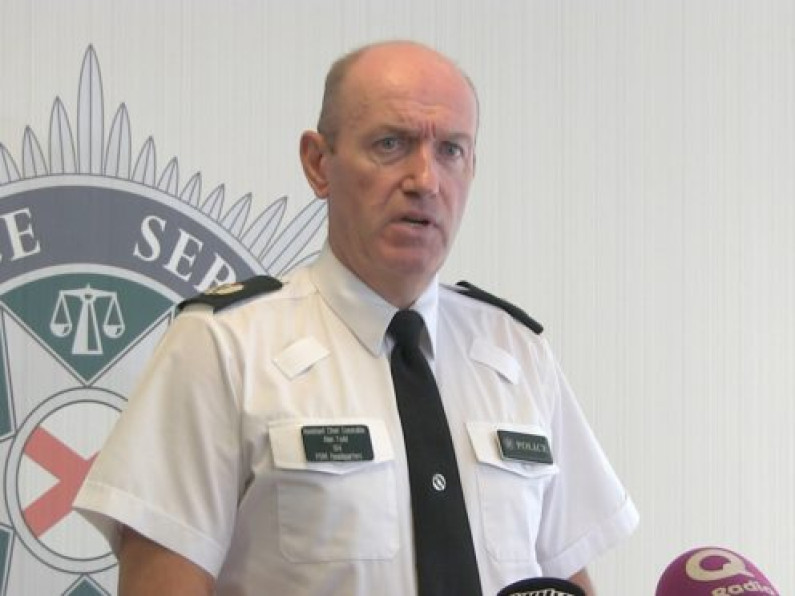 The PSNI are very open about the purpose of their road checks and stop and search activities. They have made clear on their own social media it is in regards to policing the Health Protection Regulations. This, it would seem, is rather foolish as it makes things even more difficult for them. The PSNI can not now argue they are exercising a stop and search power, or conducting a road check, for some other purpose and are only collaterally ensuring Covid Regulations are being adhered to.

Therefore, the obvious question is, what power do the PSNI have to stop vehicles for the purpose of enforcing Covid Regulations?

The first place to start is the Police and Criminal Evidence Order (Northern Ireland) 1989 (‘PACE’). First we look at Article 3 with the heading ‘Power of constable to Stop and Search persons, vehicles etc.’. This provides that a constable may exercise the powers within, subject to the following constraint set out at Article 3 (3):

“(3) This Article does not give a constable power to search a person or vehicle or anything in or on a vehicle unless he has reasonable grounds for suspecting that he will find stolen or prohibited articles, any article to which paragraph (9) applies or any firework to which paragraph (9A) applies…”

As is clear, the power is exercisable only in relation to stolen or prohibited articles. There is no power under Article 3 to stop and search under the Health Protection Regulations.

We turn then to Article 6 of PACE, with the heading ‘Road Checks’. The general power to conduct such checks is set out at Article 6 (1) as follows:

“6.—(1) This Article shall have effect in relation to the conduct of road checks by police officers for the purpose of ascertaining whether a vehicle is carrying—

(a)a person who has committed an offence other than a road traffic offence or a[F1 vehicle] excise offence;

(b)a person who is a witness to such an offence;

(c)a person intending to commit such an offence; or

(d)a person who is unlawfully at large.”

On the face of it, it may seem that Article 6 (1) (a) confers the power to conduct a Road Check to investigate a Covid offence. Not so. Paragraph (3) provides:

“(3) Subject to paragraph (5), there may only be such a road check if a police officer of the rank of superintendent or above authorises it in writing.”

We turn then to the circumstances within which such a check can be authorised which is set out within paragraph (4):

(a)for the purpose specified in paragraph (1)(a), if he has reasonable grounds—

(i)for believing that the offence is an indictable offence; and

(ii)for suspecting that the person is, or is about to be, in the locality in which vehicles would be stopped if the road check were authorised;

(b)for the purpose specified in paragraph (1)(b), if he has reasonable grounds for believing that the offence is an indictable offence;

(c)for the purpose specified in paragraph (1)(c), if he has reasonable grounds—

(i)for believing that the offence would be an indictable offence; and

(ii)for suspecting that the person is, or is about to be, in the locality in which vehicles would be stopped if the road check were authorised;

(d)for the purpose specified in paragraph (1)(d), if he has reasonable grounds for suspecting that the person is, or is about to be, in that locality.”

As is plain from paragraph (4) (i), a Road Check can only be authorised in relation to an indictable offence (that is a crime which can be prosecuted in the Crown Court). There are none of the Covid ‘offences’ which are indictable; they are all summary only matters, none of which even carry the potential for a custodial sentence. As such, Article 6 can not be used for the purpose of stopping to enforce Covid Regulations.

(a)who is driving a motor vehicle on a road; or

(b)whom he reasonably suspects to have been involved in an accident on a road; or

(c)whom he reasonably suspects to have committed an offence under the Road Traffic Orders.

We now turn to Section 23B of the Public Order (Northern Ireland) Order 1987. It states:

“23B.—(1) If a police officer of or above the rank of inspector reasonably believe—

(a)that incidents involving serious violence may take place in any locality, and that it is expedient to give an authorisation under this Article to prevent or control their occurrence, or

(b)that persons are carrying dangerous instruments or offensive weapons in any locality without good reason,

he may give an authorisation that the powers conferred by this Article are to be exercisable at any place within that locality for a specified period not exceeding twenty-four hours.”

It seems unnecessary to explore the Terrorism Act; one would imagine that it would be even beyond the PSNI to try to deploy anti-terrorism powers in relation to Covid Regulations.

Finally therefore we turn to perhaps the most controversial piece of legislation the PSNI may seek to deploy. The Justice and Security (Northern Ireland) Act 2007.

(1)A member of Her Majesty’s forces on duty or a constable may stop a person for so long as is necessary to question him to ascertain his identity and movements.

(a)what he knows about a recent explosion or another recent incident endangering life;

(b)what he knows about a person killed or injured in a recent explosion or incident.”

“6.3 Stop and question should generally only be used where there is a basis for doing so: it should not be used on a purely random basis. For example, stop and question may be required to help identify suspected offenders within a particular geographic location. Where practicable, an individual should be informed at the outset of the basis for the stop and question.”

It is difficult to see how stop and question powers, which were designed to deal with serious crime and terrorism, are reasonably and proportionately capable of being deployed to police Covid Regulations.

In regards to ascertaining movements, the Code of Practice states:

“6.7 When seeking to ascertain movements, officers may, for example ask a person about their journey’s starting point, route and destination.

6.8 Once the facts of identity and movement are clearly established, an officer must no longer use the stop and question powers under section 21(1).”

As such even if, which would be preposterous, the PSNI believe Section 21 of the 2007 Act gives them the necessary powers, then the extent of such powers would be asking the starting point, route and destination of a journey- not the purpose. Given enforcement of Covid Regulations relates to whether there is an non-exhaustive ‘reasonable excuse’ (for which no objective standard whatsoever is provided) for leaving home, there is no power within Section 21 to ask whether the person stopped has a reasonable excuse for leaving home.

Section 24 of the 2007 Act provides search powers relating to wireless apparatus and munitions. Its pretty obvious this doesn’t include policing Covid Regulations.

ECHR Article 8 is engaged when police stop and/or search a person. Therefore the interference must be proportionate and in accordance with law, thus imposing a quality of law test. It would seem absurd to argue that stopping in pursuance of policing Covid Regulations, which in of themselves are so vague and imprecise they may involve a stand-alone breach of Article 7 in terms of accessibility and foreseeability as to their effect, is either proportionate or in accordance with law.

If Parliament (or NI Assembly) want to give powers to an arm of the state to interfere with fundamental rights then they must squarely confront what they are doing.

“Parliament must squarely confront what it is doing and accept the political cost. Fundamental rights cannot be overridden by general or ambiguous words. This is because there is too great a risk that the full implications of their unqualified meaning may have passed unnoticed in the democratic process. In the absence of express language or necessary implication to the contrary, the courts therefore presume that even the most general words were intended to be subject to the basic rights of the individual. In this way the courts of the United Kingdom, though acknowledging the sovereignty of Parliament, apply principles of constitutionality little different from those which exist in countries where the power of the legislature is expressly limited by a constitutional document.”

Setting aside the reality that these regulations are made via decree (statutory instrument) with zero democratic accountability, it seems that even taken at its height the PSNI’s justification for stopping vehicles would be reliant upon patching together and stretching various legislative provisions to imply powers that do not really exist for the purpose of policing Covid Regulations, and interfering with fundamental rights to do so.

If I was a betting man I would say the PSNI will try to use Section 21 (1) of the 2007 Act and patch it together with the general functions powers in Section 32 of Police (NI) Act 2000. This would of course be ridiculous, but precisely the kind of ‘its arguable, so have a go‘ theory the PSNI legal services department would cook up.

The PSNI have openly and repeatedly boasted on their social media about their use of Stop and Search powers in pursuit of enforcing the Health Protection Regulations. It seems reasonable for citizens to ask for a basic explanation from the Chief Constable as to what powers the PSNI are relying upon for a population-wide Article 8 interference.

If any citizen is stopped then the first thing to do is request paperwork setting out the reasons for the stop, and request an explanation of the lawful basis for your detention. Further to this, ask the officer to explain in clear basic language the powers they have, the constraints upon them and your rights.

If you are unhappy with your treatment, then consult a solicitor or make a complaint to the Police Ombudsman for Northern Ireland. You can do so via this link